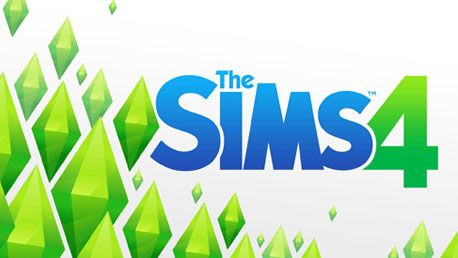 GregoPeck gives this a solid "Rad" on the Ghost Scale
This is fun, with very few issues, and is well worth your time.

GregoPeck gives this a "Rad" on the Ghost Scale
This is fun, with very few issues, and is well worth your time.
Review


I wouldn’t call myself a die-hard Sims fan, but I have played some of the games in the series, starting with the first one. I’ve also played The Sims 3, as it was given away for free on Origin. However, there was a recent sale and I was able to buy The Sims 4 for just $10. I thought that was a great deal, so I got it. Unfortunately, I was pretty blown away with how many expansions there are for the game and there doesn’t seem to be an all-in-one version, which I think would be cool, although probably a bit expensive. I figured if I liked the game enough, I could buy expansions whenever I wanted or catch them on sale. That said, I didn’t buy any special version of the game, there are some that come with an expansion, but I decided to just get the base game.

If you’re familiar with The Sims or have ever played one in the series, you pretty much know all there is to know about it, with some differences. However, if you don’t know, The Sims is a simulation game. You control people in a household. You move them into a furnished or unfurnished house pre-made or built by yourself. The Sims (the people in the game) have their own needs and desires. They can take care of many of these things alone without your direction, but you can still command them to do other things. Getting a job is not something they will do on their own, so you’ll have to pick one for them, if you want them to be employed. There are a good variety of jobs you can choose from, each suited to different kinds of sims. For instance, creative geared sims may find a job in the music industry. You could also have a writer, who can write and sell books on their own, a cook, a gardener, etc.

When you start the game, you can create your own sims. You can create a household of one or more, if you wish. There are a lot of customization options! You can customize how your sims look and most definitely create unique looking sims. They look good though, there’s a lot of detail in them. There are also a variety of wardrobes you can customize, such as their informal and formal wear. Along with looks, you will be able to customize their personalities. In The Sims 4, you can select their aspirations from a decent list that even breaks aspirations down into more specific aspirations. For instance, creative sims could be creative at art, music, or comedy.

Once you’ve created your sims, you can have them move into a house. There are a couple of neighborhoods to choose from, each unique in their own ways. The neighborhoods pretty much contain the same social buildings such as a library. Different families live in them, too. Once you’ve decided on the neighborhood, you can choose which house or lot to move them into. Here you can have them move into one that’s already built and furnished or unfurnished or you could build your own. You’ll start out with some simoleons, the game’s currency, however there is a cheat you can use to give yourself infinite simoleons and thus plenty of money to be as creative as you want. The game doesn’t punish you for using cheats.

Once you’ve moved in and furnished your house (if need be), you can then start managing your sims. They have a variety of needs such as hunger, energy, bladder, social, fun, and hygiene. In this version, you can actually click on these needs and set them so that the sim will take care of it own their own. One of the first things you’ll want to do is get the sims a job, but you can always switch jobs, change careers, or just be unemployed if you wish. There are other ways to make money without having a job. For instance, writers can write their own books and sell them to a publisher. This ends up generating a lot of income, especially with a high writing skill. You can practice skills by doing them or reading a skill book. So, a programmer could level up their programming skill by practicing programming on a computer.

Some differences of Sims 3 vs Sims 4: Since I’ve played The Sims before, I noticed a few differences, although it’s been a while, so I probably didn’t fully notice all of them. The camera was one of the first things I noticed was different. I had to Google how to control the camera, as it is different from The Sims 3, however you can enable an option to use the same camera settings from The Sims 3. Another thing I noticed was the lack of an alarm clock. Previously, you needed an alarm clock to wake up a sim in time for work, otherwise they’d miss it. This time, it seems, you can wake them up manually on time. A notification will tell you, for instance, that your sim starts work “in one hour.” So, you have plenty of time to tell them to get up and take care of whatever needs they have. They will automatically go to work on time, so long as you don’t have them focused on something else. There is, what I guess you’d call an activity bar, where you can cue up various activities for your sim to do. They mostly do them one by one, but there is actually some multi-tasking they can do, like eat and watch TV. It’s easy to cancel an activity, just by clicking on it in the bar.

I think emotions are new to this version of the game. Sims can be happy, sad, uncomfortable, focused, flirty, and a lot more. Certain activities or events will trigger different emotions. For instance, sleeping in a cheap bed will cause the sim to be uncomfortable. There are also a variety of items you can put in rooms that will change a sims mood, which is handy.

Another interesting, new addition is the smart phone. Sims no longer need telephones as they all have smartphones. They can use them to call another sim, travel, or just browse the web.

An employed sim will have a daily activity (such as “practice programming”) and other goals in order to gain a promotion. One of these goals could be to reach a certain skill level (such as reach level 7 programming skill). Some sims will also want to go to work with a certain mood, like “focused.” Promotions can change the job schedule and they definitely increase income.

You can change the speed in which things happen with your sim. For instance, you can make time go by faster while they’re sleeping, but this is something the game actually does automatically. This also happens when they’re at work. So, you don’t necessarily have to wait around forever for them to finish completing an activity. Some activities (like leveling up skills) will also show you a progress bar. Usually for skills, you’ll want to pay attention to the meter above their head. However, other activities, like hacking, will have an outline of the activity in the activity bar that shows the progress being made for that activity.

Other than needs, your sim will have up to three different desires, which depends on their mood or their aspirations. This could be something like “chat with” another sim or “buy an instrument.” If you have your sim complete these activities, they earn another kind of currency which can be used in the aspirations menu to buy traits or potions. For instance, you can purchase a potion to make your sim younger.

It’s a fun, calm, easy-going, and interesting game. I do believe that the latest version (The Sims 4) is definitely an evolution to the series, as the game has progressed during development. If this sounds like something you’re interested in, you should check it out. Perhaps catch it on sale, buy it a full price, or catch The Sims 3 if it’s ever on the “on the house” part of Origin (the EA standalone game launcher).