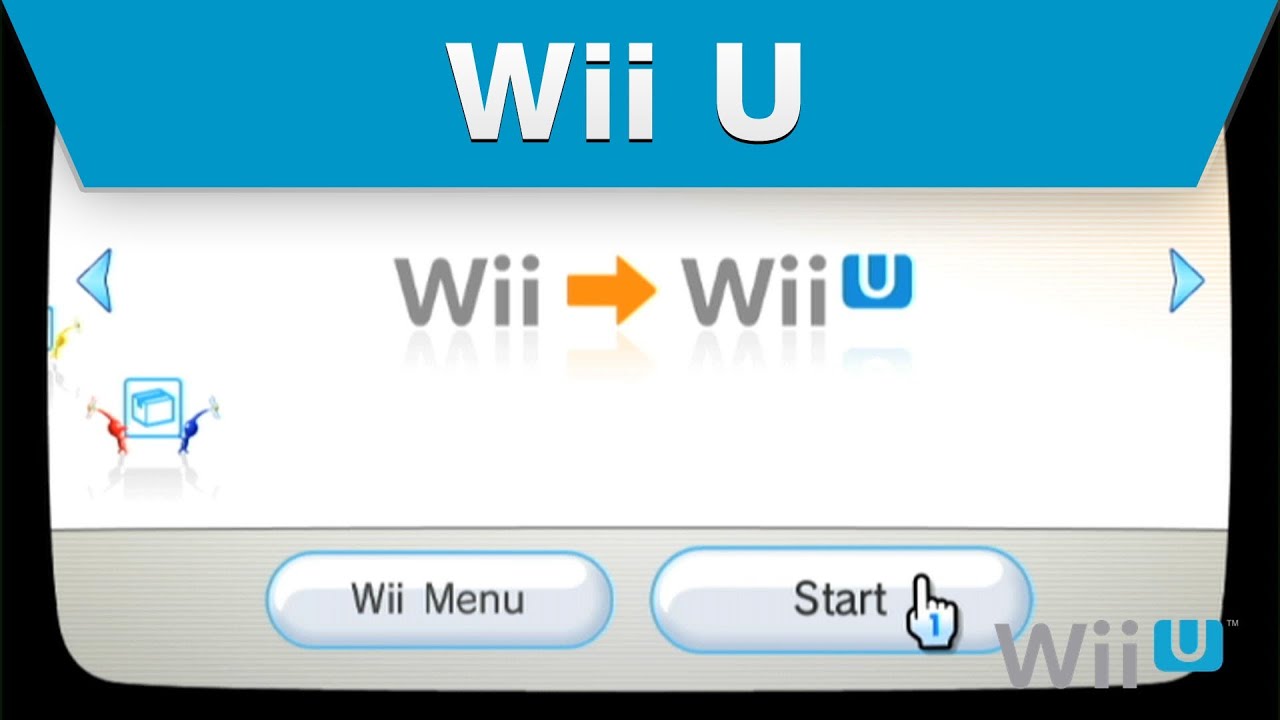 The Wii U stands out among the new generation consoles for many reasons such as the usage of a touch screen game pad and it's probably not as powerful. However, the Wii U can do what neither the XBox One nor the PS4 can do, backwards compatibility. Sure, eventually you can purchase games from older PS generations once they get that cloud service available, but the Wii U is the only console which will play the games you already paid for.

I don't know why it took me so long to realize, but last night I found out about the Wii Transfer Tool, for free on Nintendo's eStore. My son wanted to play Pokemon Rumble, which I had downloaded for him on the Wii some time ago. While he was in the Wii menu on the Wii U, I noticed the Wii Transfer Tool. To use this program you need to download and install it. You'll also need a 512mb SD card. Luckily, I still have the one that I got for my Wii.

Simply use the tool on your Wii U to prepare the SD card, then hook up your old Wii, stick in the SD card, and run the program. It will transfer all of your saved data including games, channels, Miis, etc. to the card. Once that's done, put the card back in your Wii U and run the tool and it will copy everything form the card to the system memory. The transfer went more quickly than I expected.

One other great part of using this tool is that it transfers your Wii points as well. I had 800 Wii points on the Wii, but now that's available on my Wii U. After using the tool, I was also able to re-download (for free), the games I had purchased on the Wii. I don't know why I didn't think of using this tool before I put my Wii away, but luckily it was nearby in the Wii U box and was easy enough to get set back up to use the tool.

One side note, the Wii and Wii U use different power adapters. They both also use different video connections, so it's quite easy to hook both consoles up to your TV (if you have multiple inputs). Both consoles use the same sensor bar and Wii-motes, so switching between the two was very easy.

My son is now able to play Pokemon Rumble using the Wii U. I have not yet tried to play a Wii or Gamecube game on the Wii U, but I'm sure they will work just fine.

The Wii U doesn't have compatability with the GameCube and it's unfortunate it doesn't. But the Wii did have GameCube controller ports and yhey didn't add those to the Wii U.

Glad to hear transferring your stuff is trivial though. At least someone made it work.

Good point and sad to think it's not compatible with Gamecube discs (which seems true from a quick Google search). However, their virtual console has games from many of their previous consoles. So, in that way it's similar to how the Playstation 4 is going to be backwards compatible. The Wii U doesn't have a Gamecube memory slot, however I know a Gamecube controller accessory is due or out as they used it during some Smash Bros. videos. Still, it gives me a decent reason to keep my Wii. I still have my Gamecube and N64. Sadly, I don't know what happened to my SNES, but I do also have a NES. =) My son and I also have many generations of the Gameboy and DS.

I am going to keep my Wii around for quite some time too, it just makes me feel good to have it under the TV even though I don't play it so often.