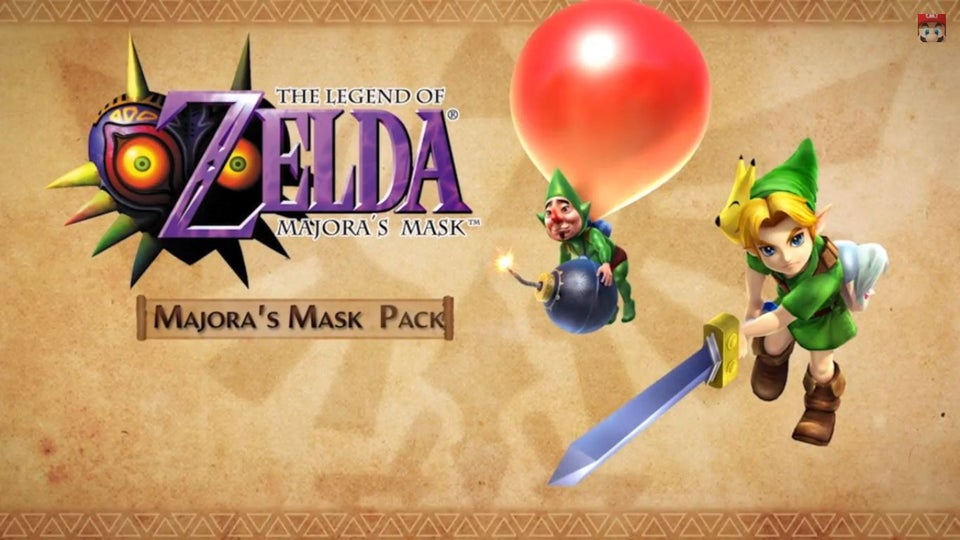 Yesterday, Hyrule Warriors received another DLC and major update. In this post I want to briefly cover the new update, the older updates, and (not so briefly) share with you my experience of the game since I first posted about it.

It seems that every version update of the game has been released along with a DLC. Each DLC, or version update, has increased the maximum level that characters can reach. I think this level was originally 50, then 100, then 150, and now 200. The DLC usually includes new a new map for Adventure Mode, which also adds 20 extra Gold Skulltulas to find. Sometimes they also contain new weapons and costumes.

The Master Quest Pack added Epona as a weapon for Link along with outfits for Cia and Lana. It also added a little to Legend Mode (story mode). It also contained a new Master Quest map for Adventure mode. Many of the areas on this map come with special battle limitations such as "No Healing." The very first square on the map is one of those battles, but also happens to be the very best place for level grinding.

The Twilight Princess Pack added Minda's true form as a new playable character, although none of the maps in Adventure Mode required her to play. I have not yet played as her yet, but I was glad to see her true form added to the game. This DLC also added new costumes for Zelda and Link. It also contained many 8-bit versions of many of the character's weapons. This DLC increased the level cap to 150 and the Adventure Mode map was the toughest of them all. Because of the increased challenge of the new map, I was forced to learn how to play the characters better. It helped me make better use of Link's combos. While I often found myself frustrated with this new map, I was very glad when I completed it (having obtained every new Gold Skulltula, weapon, and costume).

The Majora's Mask Pack was released yesterday and not only increases the level cap to 200, but adds new features to the game. For instance, by using the Smithy, you can now sell weapons and remove or unlock weapon skills. This is a handy feature as the game only allows you to carry 10 weapons for each type (for instance, only 10 of Link's Power Glove). The game also adds new playable characters including Tingle and Young Link. It also adds new costumes, weapons, and Gold Skulltulas in a new Adventure Mode map.

Each DLC's Adventure Mode map is very different. In the Twilight Map, many of the areas on the map have certain rules like "No Special Attacks" and some of them also hide enemy locations on the mini-map in battle. This latter effect can be removed by using one of the new Item Cards, dispelling the "Twilight" effect. On the Majora's Mask Adventure Mode map, the player progresses through the map while the Moon prepares to fall, which resets the map. Different Item Cards can be used to put time back on the clock or reset the map. This makes it so that players need to strategically move throughout the map because time is limited and only so much of the map can be revealed at a time.

I've spent a lot of time playing Hyrule Warrior's since it's release. I have also enjoyed the game, although the more challenging Twilight Princess Adventure Mode map was a bit frustrating at times. Legend Mode takes the player through the games story, which is cool and fun. However, compared to Adventure Mode, it is very short. I've been surprised by how many hours Adventure Mode adds to the game.

I like that the game has many aspects of various Legend of Zelda games that have been released throughout the years. I also like that the game has received numerous DLC packs, all of which I have purchased except for some of the costumes. Although I have never played a Dynasty Warriors game, Hyrule Warriors introduces me to that game series and makes me interested in those games

I think Hyrule Warriors is a great game for the Wii U and I recommend it, especially for fans of The Legend of Zelda series.

I'd like to see the game get more DLC (including Adventure Mode maps) based upon the other games.

I should also mention that this DLC coincides with the release of Majora's Mask for the 3DS.