When does a Game become Art?

By Nick_Donahoo on 03/31/2013
BioShock Infinite
Often, many stories rely on the 'Audience Surrogate' Trope. The inclusion of the audience surrogate or 'Outsider' character, is necessary, as it gives a reason to explain things that are commonplace in the world we are visiting, yet are utterly alien to us as a viewer or reader. The truly unique thing about video games as a medium is that the line between audience and audience surrogate is blurred to a point of indistinction. While we may feel for the characters in a book, it's still a passive experience. It's someone telling us a story, and as good as it may be, we are still victim to a layer of insulation between ourselves and the characters. The unique thing about video games is that it removes that passive aspect, and instead of being told the story of the Lamb of Columbia and the False Shepherd, or the real purpose of Sir Francis Drake's journey, you step into a floating city and search for the girl that will clear your debts, or brave the desert to find the Atlantis of The Sands.

****WARNING: Spoilerific Spoilers ahead. you have been warned. If you have not completed Infinite, then, for the love of all that is Holy, do not, I repeat, DO NOT ruin it for yourself. Heck, if you haven't completed the first two, just stop here, mmmkay?****

Andrew Ryan's thundering voice led us through the first half of Bioshock. No bones were made about the angry man booming through the loudspeakers being the ring leader, sending wave after wave of splicers to stop this 'topsider' from destroying what was left of his fair city. The fact that the game didn't end with the Fall of Ryan was a huge twist, and took the game from merely good, as the death of Andrew Ryan would have been where most games finished, and vaulted it into a truly great story. As Atlas dropped the phony accent, and hit you with that fateful 'Would You Kindly?', the game was truly afoot.

A Man Chooses. A Slave Obeys.

The change from Atlas's slave to finding your own way with the help of Tennenbaum was, to that point, the most poignant moment I had experienced in a game up until that point. I had played many games with a decent story, and titles like Uncharted had managed to be thoroughly entertaining, if a bit one-dimensional. It was in the closed, claustrophobic corridors of Rapture that I first found myself completely emotionally invested in a story. I had played games before that gave me a moral or tactical choice on how to proceed, but this was the first time that an 'evil' play-through made me feel repulsed by my own actions. It wasn't until well after the credits rolled that I realized how deep Andrew Ryan's words went. A Man Chooses. A Slave Obeys. Regardless of what happened in Rapture before I came into it, I decided if the world above welcomed a ship full of orphans, or was exposed to an army of super-powered psychopaths.

Delving back in some short time later, the Iconic words of Andrew Ryan still rang in my head. Subject Delta was, as a prototype Big Daddy, more than just a slave. Even with the absence of choice, a slave still has the freedom of thought. While this took a certain amount of choice that the first game prided itself on, it was this lack of freedom that really made this experience memorable. One of the sadder stories from the first Bioshock was learning how tragic the story of the Big Daddies are, knowing how they are stripped to less than human and conditioned to care for nothing but the well-being of their charges, By the time you reached the end of the first game, you realize that it is not them, but the Splicers, and maybe you, the player, that are the real monsters. Seeing the world from inside the diving helmet did not give me the sense of raw power I expected from the heavy hitters of the first. Instead, I felt the vulnerability these behemoths must have felt. I walked the halls of Rapture a target, a pig fattened for the slaughter among the starving masses. I expected to be an unstoppable force. Instead, fear often turned me into an immovable object. Upon revisiting the earlier days of Rapture, I found myself apologizing to these gentle beasts as I liberated their Little Sisters from Suchong's spell, and delivered them to the loving arms of Tannenbaum, knowing it wasn't their fault we had to fight.

I rowed (Well, I didn't row. DOESN'T row) to the lighthouse again, expecting to be moved. What I didn't expect was the sky screaming out in red, and sucking me into it. As I rose above the clouds, I immediately forgot about the majesty of my first glimpse of Rapture. I had long thought that the towering underwater city would be the bar I measured all other game locations by, but it was raised so much higher as soon as I glimpsed the massive statue of Columbia. Upon visiting Rapture, my first human contact was not precisely human, and definitely not cordial. To be welcomed so warmly into Columbia took me off guard, but I decided to roll with it. This was not a fallen paradise, no ruined Eden. True, there were seeds of unrest, but it was no different than the rest of the world at the time. To step into this floating wonder in its prime was so unlike my trips to Rapture, I scarcely knew what to do with myself. I darted into an alleyway anytime a constable came sauntering around. By the time I came to the carnival, I had started to feel like maybe, just maybe, things would be alright. Hey! I won a raffle! What's the prize, I wonder?

Suddenly, the polished veneer of this utopia is stripped away, and things fall into perfect focus.All of those happy faces were rich, white, and affluent. My prize? First ball thrown at a black and Irish mixed-race couple. To see how precariously this city hangs, not just physically but politically, was mind-blowing. As the game progressed, and It turned out that it was my actions that turned this rebellion from a fringe movement to a full blown violent uprising, at least in my perceived series of event, I couldn't help but feel deeply responsible for the bloodshed I was witnessing. My every action, no matter how noble the cause, just made things worse. We jumped into a world where the Vox had the guns they wanted, which launched us head-first into a civil war that had the streets running red, both metaphorically and literally. I made a deal with a devil, and saw the fruit of my labors first-hand. Not only have I ruined this flying city, but I have destroyed the innocence of the woman I came to save. I've taken her from wide-eyed wonder and dancing on a beach to a cold-blooded killer in nearly the blink of an eye.

As the game progresses, and I discovered the true identity of Father Comstock, the hopelessness of my situation truly comes into focus. No matter how you look at it, I did this. Everything this poor, sweet girl suffered was at my hands. As I stand, waist deep in the water, things suddenly become crystal-clear. To love Elizabeth is to hurt her. There is no possibility of keeping the daughter I came to love without leaving the world open to the horrors of Father Comstock. Truly, the only kindness I could pay to her is to prevent her. Anna, the little girl that will have a chance to visit Paris with her father, a Booker that never even considered the Baptism, may grow up to do wonderful things.

But she's still not the girl that danced on the beach, or sang in the bar's basement, or cried as she said goodbye to her dear and precious Songbird. As the credits rolled, I didn't say goodbye to a game, or even a story. I said goodbye to Elizabeth. I clutched my controller and cried. I couldn't keep it together when the credits kept rolling, and "Will The Circle Be Unbroken" chimed out. I stayed up half the night piecing together the emotional trauma I just experienced. I am, and will from this point forth, be changed by my experience.

The definition of art is "the quality, production, expression, or realm, according to aesthetic principles, of what is beautiful, appealing, or of more than ordinary significance." 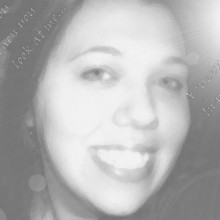 Long before I was considered a "gamer", I was an avid reader. Yeah, sure, I love movies and such, but nothing could beat the pictures I could create in my head. And because of this, I would spend hours upon hours with my nose stuck in a book. And that was considered good. By my teachers, by my parents, by society. And I loved to read (love).

And then somewhere along the lines, I learned that video games could tell a story. An interactive story. Sometimes, I could even create the story, depending on the choices I made (Hello, Mass Effect). And yet somehow, they were still lacking.

Enter Bioshock: Infinite. I agree completely that this is a work of art, in terms of not only the art direction (which I thought was absolutely stunning) but also in the story. Very few video games have moved me to tears in quite the way this one did. The story was told in such a way that by the end of it, you cared for Elizabeth. And you cared about Booker. It touched me in a way that a book in years has not.

For me, this game was a rollercoaster of emotions. There were some parts that made me giggle helplessly, made me angry beyond belief, and made my heart break.

"more than ordinary significance" - If for nothing more than these 4 simple words.

Clinton and Coolio, so that's what C&C stands for!...

Pre show starts at 8am with Jeff...

Wow! I just finished my re-watch of The Clone Wars,...