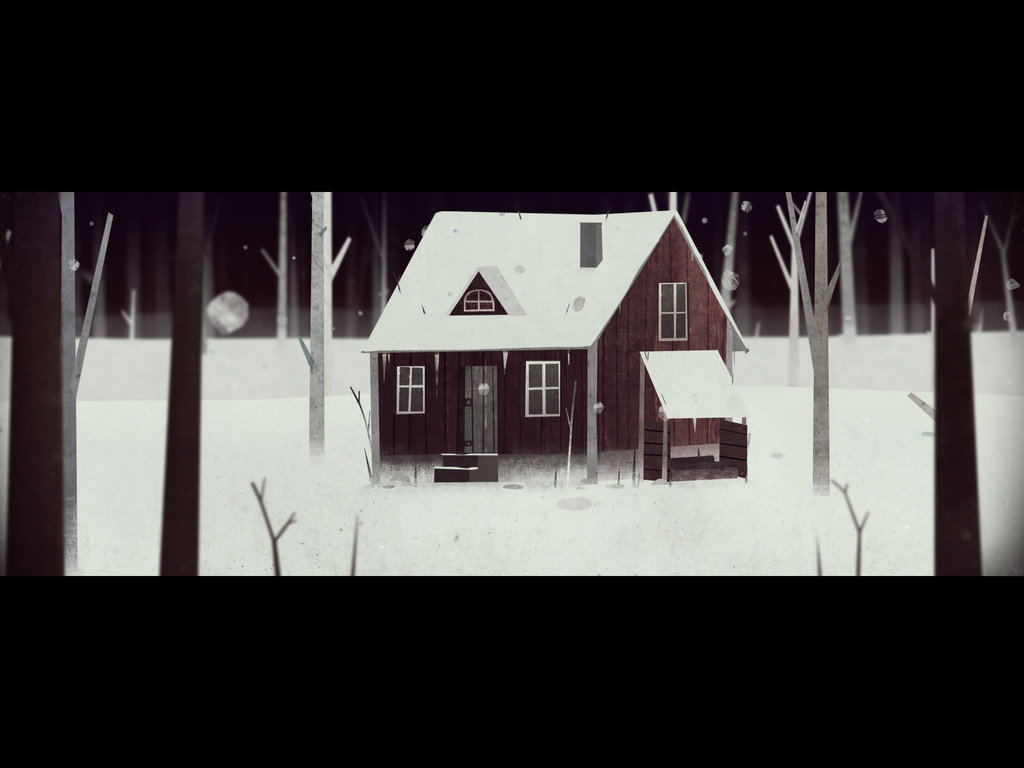 IGN said: “Year Walk is one of the creepiest, most atmospheric games to ever hit phones or tablets. Take a walk in the woods.”

Classic scare tactics include jarring music, sudden camera movements, and quick shadows in the background. There is a reason why they keep using the same methods to shock the bejeezus out of gamers, that reason being the fact that it works. However, a few special gems have taken all those by-the-book video game horror techniques aside. Enter an iPhone app that you wouldn’t even think of buying at first glance – Year Walk by Simogo (http://simogo.com/games/yearwalk/). Let’s have a trek at what this title has in store for its brave players.

A lonesome walk
True, the iPhone is not exactly the platform we rush towards when we want to have our daily gaming hunger satisfied. But that is not the point of Year Walk. More than just a game, this app is an experience on a whole different level. Few games, on the iPhone, Android or any other bigger consoles; can match the void created by the title that seems to suck all the fun from the supposedly hip and vibrant iPhone.

Set in the woods of Sweden, Year Walk lets you play as a nameless wanderer in a sort of ritualistic pilgrimage. As the player moves on in the game, he is entrenched in the rich and dark histories and traditions of Sweden. Trapped by its very intuitive game play, this ‘side scroller’ gets more and more emotionally draining as you progress – a testament to its effectiveness in suspending its users’ disbelief (which is terribly difficult to pull off in the new age gaming platform of the iOS).

Beauty in simplicity
The game is pretty simple. You walk into the woods. You get faced with puzzles and riddles. You solve them, and move on to the next. The core game is actually really not that much of a challenge, but everything else including your own perception and emotion is. Among other impressive design decisions is the way the animation was rendered.

Minimalist backgrounds with creatures intricately designed, reminiscent of classic fright films such as the Nightmare Before Christmas and The Haunted Mansion. There are so many screenshot worthy moments. Pro tip: tap the home button and the lock button to do a screen grab. Black, subdued screen shots from Year Walk would go well especially with the overly vibrant iPhone 5C. Just take a look at the O2’s iPhone 5C page (http://www.o2.co.uk/iphone/iphone-5c) and look at what I’m talking about.

A treat for the senses
Playing Year Walk definitely made us think about the many brilliant games on the mobile platform that didn’t get as much recognition as they deserved. Year Walk went under the radar below louder titles like Marvel: Heroes and Infinity Blade III (https://itunes.apple.com/us/app/infinity-blade-iii/id610003290?mt=8), but in all fairness, the little game outclass both of them in terms of engagement.

The sound is magnificently seamed into the game, highlighting key moments and providing haunting ambiance all throughout. Although there is nothing innovative about the music, they used the same old wind chimes, broken chords, the so-called incidental sounds (rustling leaves, wind, footsteps on ice) to create that creepy feel.

A smart (phone) decision
What’s truly remarkable is the fact that while most iOS games tried to transfer the typical control paradigm from the console to mobile, Year Walk developers created a whole new control design specifically for the iPhone. Since every piece of the screen is precious real estate, the decision to remove unorganized menus, displays, notifications, and all those distracting things are very smart. Year Walk is not like any other game. Opening the app turns your iPhone into a telescope that peeks into the haunting world of Northeastern Europe and Scandinavian folklore – a world hardly ever shown anywhere in the media these days.

Verdict
Get it. Year Walk is a piece of the gaming industry that deserves to remain on any self-respecting gamer’s iPhone. Artful, smart, and deeply engrossing, Year Walk is a game that is as enjoyable as it is soul wrenching.

This is a great post! Is it only available on iOS?

I went to the website and answered my own question lol. Too bad, this looks really interesting!

Playing in Dolby Vision, I think.