Plague Knight Dispenses His Own Justice 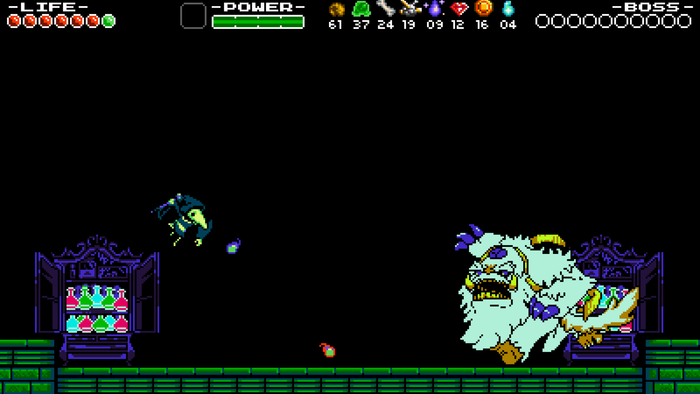 The first major DLC is coming to Shovel Knight, for free! From the Kickstarter page:

"In this adventure, you play as Plague Knight, the villainous master of alchemy, in a quest all his own. Using his maniacal scientific mind, Plague Knight is seeking to concoct Serum Supernus, the Ultimate Potion. However, to retrieve these ingredients, he must extract them from his former allies… the villainous knights of the Order of No Quarter! World class platforming, music, storytelling, and art all return in Shovel Knight: Plague of Shadows; an explosive quest with a new play style, new story, new bosses, and more!"

In addition, PS3, PS4, and Vita will be getting a taste of Shovel Justice on April 21st. With a Kratos boss. A Kratos. Boss. That might be enough to warrant a repurchase.

The full details are on Yacht Club's Kickstarter page.
https://www.kickstarter.com/projects/yachtclubgames/shovel-knight/posts/1152299

Same! I'm eating up every little Marvel morsel and...

I am ready for any marvel movie. :)