Like the Yoyos in Terraria? You can buy them. 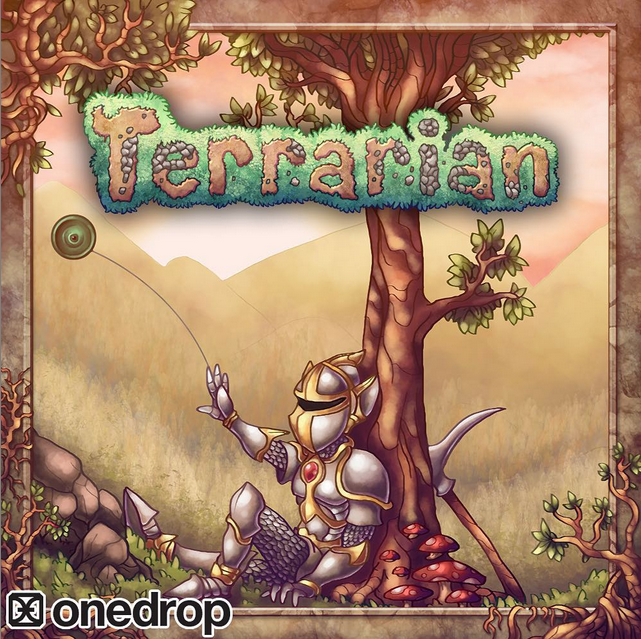 OneDrop Yoyos, a high-end yoyo company out of Eugene, Oregon, is making a yoyo called The Terrarian, and it will match the look of the in-game yoyo by the same name. The Terrarian is the most badass of all the yoyos in the game, dropping from the final boss, and you can have it on your desk soon, or learn to do tricks with it. :)

If that wasn't cool enough, check out the catalog: http://onedropyoyos.com/yoyos/

So many of the yoyos in game are OneDrop yoyos. Greg asked me in-game the other day what the little icon on most of the yoyos' tooltips was, and I had no idea, but I do now. It's the OneDrop logo!

For example, this yoyo is the one I'm currently using. It drops at a pretty high rate in the Underworld, and I think there are a few back at the home base for anyone to grab.

How cool is that? Re-Logic has a nice habit of teaming up with other gaming companies for cross-promotion, but this is my favorite so far. Terraria has made me want to buy a real yoyo, so maybe I'll get one from OneDrop when the time is right. Maybe even the Terrarian if the price is right (the Cascade is well over $100, for an example of their prices, but you can get other models for $40).

That's cool! I know Redigit is a big fan of yo-yos from some of the pics I saw of him at one convention and the inclusion of them in the game. I've come across a few of them on the server, such as the Cascade. I haven't really used one yet, but I've seen others use them. They're a neat addition. I'm glad you found out the answer to my question which lead to more discovery.