Nuka World Will Let You Be a Raider, and other DLC info 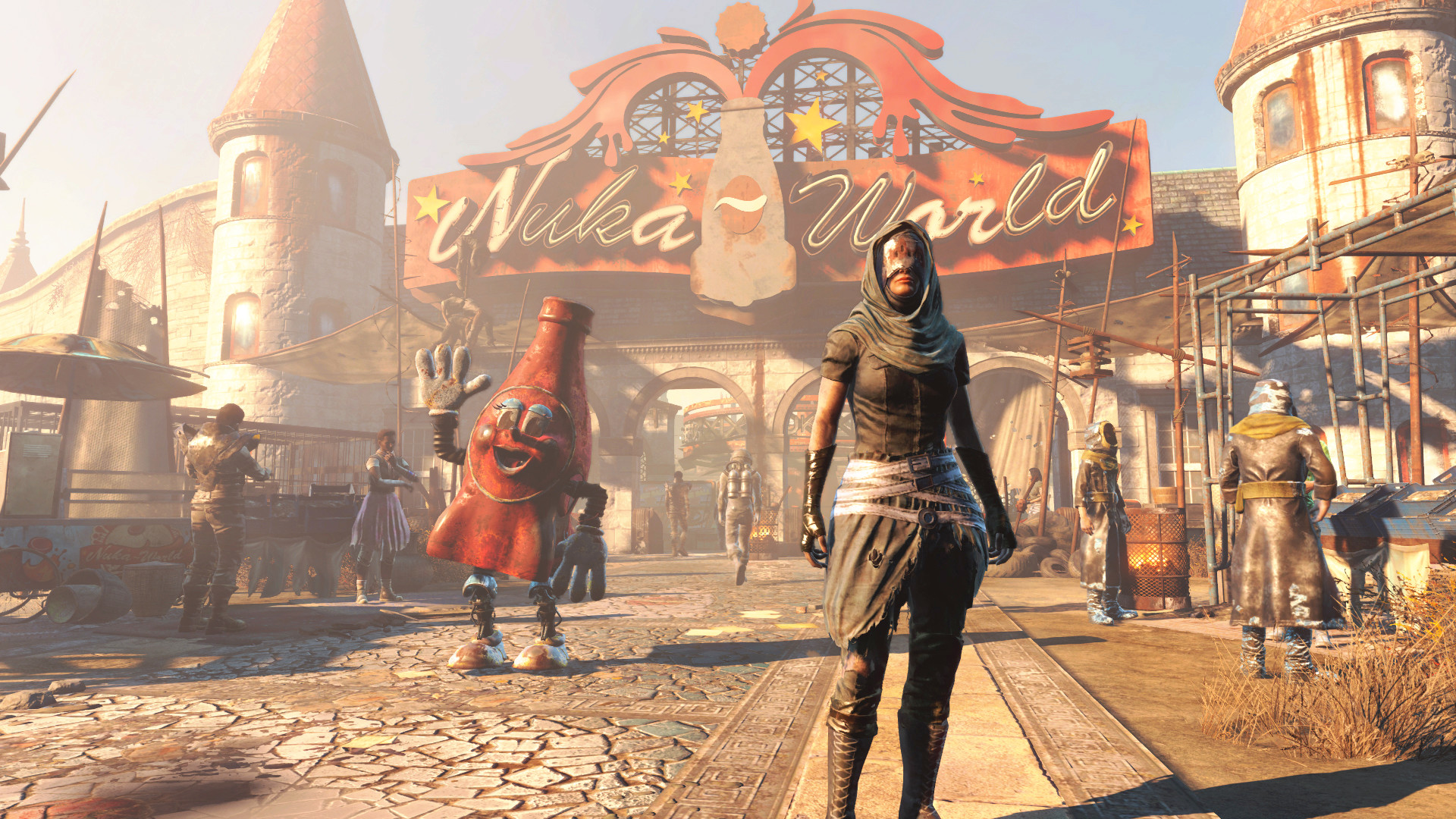 The news from E3 about Fallout 4's upcoming DLC didn't include a lot of detail about Nuka World. The other two were mostly self-explanatory, but all we could tell about Nuka World was that it takes place in a theme park. However, Bethesda has added the DLC to the Steam store now, and the description gives some details:

Take a trip to Nuka-World, a vast amusement park now a lawless city of Raiders. Explore an all-new region with an open wasteland and park zones like Safari Adventure, Dry Rock Gulch, Kiddie Kingdom, and the Galactic Zone. Lead lethal gangs of Raiders and use them to conquer settlements, bending the Commonwealth to your will. Nuka-World features new quests, Raiders, weapons, creatures, and more. Enjoy the ride!

Lead lethal gangs of Raiders and use them to conquer settlements, bending the Commonwealth to your will?
I guess they heard the complaints from players who didn't like that you couldn't go evil. While I probably won't go that route, and will instead opt to take Nuka-World away from the raiders (if that's an option), it's great that they're adding a real bad guy path.

and Vault-Tec Workshop:
Build a brighter future underground with the all-new Vault-Tec Workshop. Create a massive Vault and attract new Dwellers using pre-war industrial kits complete with retro-nostalgic furniture, lighting, and art. And like every good Overseer, run Vault-Tec approved experiments on your Dwellers to learn what makes an ideal citizen. Vault-Tec has given you the tools, the rest is up to you!