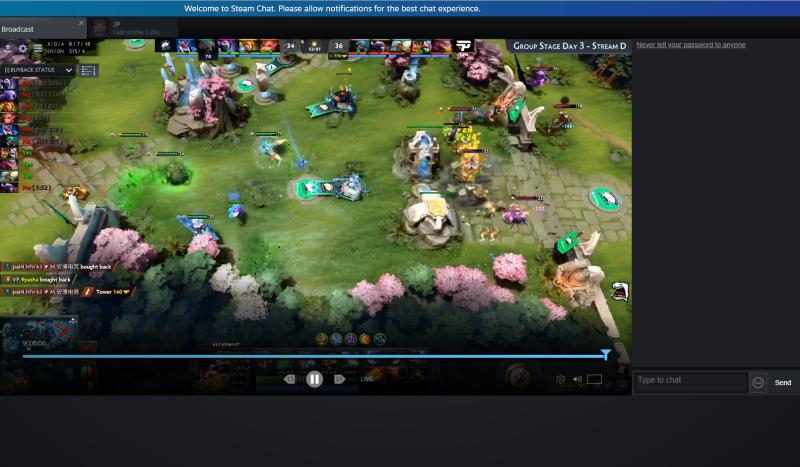 There's been speculation about this for a while, but earlier today Steam.tv launched to the world, appearing to be the long-assumed-to-be-coming Twitch competitor from Valve.

But it left us as quickly as it arrived!

Before it blinked out of existence, presenting merely a white page, it looked like the screenshot on this post. While it was up, all that was available was footage of the International, a Dota 2 competition. You could sign in and chat via voice or text using the new Discord-like chat that Steam recently released. You could invite groups of friends to watch videos with you and chat about it together.

But alas, someone was a bit quick on the trigger. In a statement, a Valve rep said:

“We are working on updating Steam Broadcasting for the Main Event of The International, Dota 2’s annual tournament. What people saw was a test feed that was inadvertently made public.”


That... doesn't exactly seem to be the full story, since it wasn't just a video feed. But we'll see! The International kicks off next week, so we shouldn't have to wait long for an official launch.