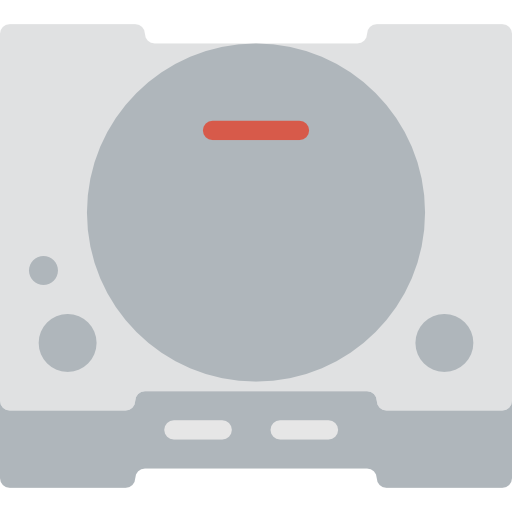 PS2
🐉 Do you love text based, sword and magic mini-MMO's? Play Tale of the White Wyvern for free right now! ⚔️

If you're a fan of Kingdom Hearts and want to play the games on your PC, your chance is here! They will arrive on 3/30/21, however as an exclusive on the Epic Games Store. Another factor is that the games will cost $50-60. There are four separate games including one for KH HD 1.5 + 2.5 Remix, another for HD 2.8 Final Chapter Prologue, another for KH III + Re Mind DLC, and a final one for KH: Melody of Memory, which is a rhythm game (absolutely one of my least favorite types of games).

Personally, I prefer to have all of my games on Steam, in one place, but I have grown to accept the various digital gaming platforms available to us now. I still don't like exclusives, although I've always given Nintendo a pass for that. As long as I have, even if eventually, access to an exclusive that I want then I'm pretty much ok with that. I'm currently holding out on FFVII: Remake, hoping it will make it's way to Steam, eventually. Honestly, I think the worst part of it is the price. I don't think each package necessarily merits a $50-60 price tag. I'd love to get this (except for the rhythm game), but at it's current price, I'm definitely going to wait until that changes.

Wow. Epic is getting some really interesting PC exclusives. I’m not sure I’m going to jump in to Kingdom Hearts as it doesn’t seem like something I’d like, I wonder if they will pull an exclusive I’ll want to play? They came close with Super Meat Boy Forever but I didn’t quite pull the trigger.

So how did it hold up the second time around? Overall, it is not as good as I remember, but it is still fun. Some things are still just as horrible (the space shooter sections of the game), while some things remain awesome (character design).

So how did it hold up the second time around? Overall, it is not as good as I remember, but it is still fun. Some things are still just as horrible (the space shooter sections of the game), while some things remain awesome (character design).

For those that are not aware of Kingdom Hearts, it takes a lot of Disney characters, some Final Fantasy characters and some new characters and mashes them all into one action-role playing game. On the surface this sounds like a disaster, but Square pulls it off.

The story follows a boy named Sora, who is out to save not only one princess but seven princesses and multiple worlds from the Heartless (the bad guys). The Heartless' end goal is to destroy all worlds through the power of darkness. During Sora's journey he is joined by Goofy, Donald and a handful of other level specific Disney characters.

Each world you are trying to save is essentially a level. The majority of these worlds are mainly straight out of Disney movies. You have Tarzan, Little Mermaid, Peter Pan, A Nightmare Before Christmas, Hercules, Aladdin, Alice in Wonderland, Pinocchio, Winnie the Pooh, and a handful of other worlds that are newly created for the game. The design of these worlds has not aged well. All the worlds are walled in, which in turn makes them feel very claustrophobic. Each time I made it to a new world, I was ready to leave it as soon as I could and move on with the story.

Going between worlds is bizarre. Square decided to slap on a space shooter as your method of travel. In addition to the space shooter aspect, they added in a whole system to modify and create your own spacecraft. This portion of the game stands out like a sore thumb. It is just so mind-numbing. Luckily you are only forced to travel like this when it is your first visit to a planet. After that you can skip this portion of the game and just warp to where you want to go.

The final complaint I have about this game is the controls. Some of the controls suck. First off, Square decided to update the camera mode for the Final Remix to match Kingdom Hearts 2 (The original camera mode is still available). This new camera mode gets in the way of battles and platforming more often than not. I should have tried the original camera mode to see if it was any better (sadly I don't recall what was used when I originally played it). The other part of the controls that gets in the way is using items and magic. You can assign three magic spells to hot keys within the game, for the rest of the magic and your items, you must navigate menus in realtime. What this means is you literally need to find a place to hide during any battles if you plan to navigate the menus to cast magic and/or use items. If you do not do that, you risk getting severely hurt or even killed.

So what saves the day for Kingdom Hearts? The art direction, voice acting and story save the game from being painful, to somewhat enjoyable.

Kingdom Hearts nails the art direction. Each world is colorful and nails the theme of the movie that Square is going for. All the Heartless are well designed, and the characters look amazing in HD. The Disney characters are so well designed they look like they came straight out of the cartoons.

The voice acting is top notch too. The Disney characters sound like their movie counterparts (and are sometimes the same voice actors) and the new characters are voiced by the likes of Haley Joel Osmet, Hayden Panettierre and Billy Zane.

Finally the fact that Square manages to cram a bunch of Disney movies, some Final Fantasy characters and some new characters together without the story falling apart is amazing. It is pretty much a standard video game story, but overall it works.

While my recent play through has soured me on the game a little bit due to bad camera controls, realtime menu navigation, claustrophobic levels and a crappy space shooter, the story, art direction and voice acting save the day. I look forward to giving Kingdom Hearts 2 a try and hope they solved some of these problems. If they did not fix the problems, hopefully I can at least enjoy the story.

Cool, thanks for the review. Kingdom Hearts is one of the few reasons I have for even wanting a PS4. I have the original, sequels, and games on other platforms (like the DS). I'm looking forward to the new game. I'd like to see these games on Steam, but I'm glad they're getting the HD treatment.

You're welcome! What did you think of 2? I have yet to play it.

It's been so long since I've played it, I don't remember it very well. I got it not long after it came out, I think, and played it once through. I missed some things. I would love to have the HD versions of these games (especially on Steam). As I mentioned, I've played games on the DS and PSP as well. I think the story is pretty deep, even "heart-wrenching" at times. I generally like the series. I was happy to hear David Boreanaz voice Squall (my own personal favorite FF character). I also liked Leonard Nimoy voicing a character on the PSP game. That one also had a cool mini game that was much like Monopoly, very fun actually!