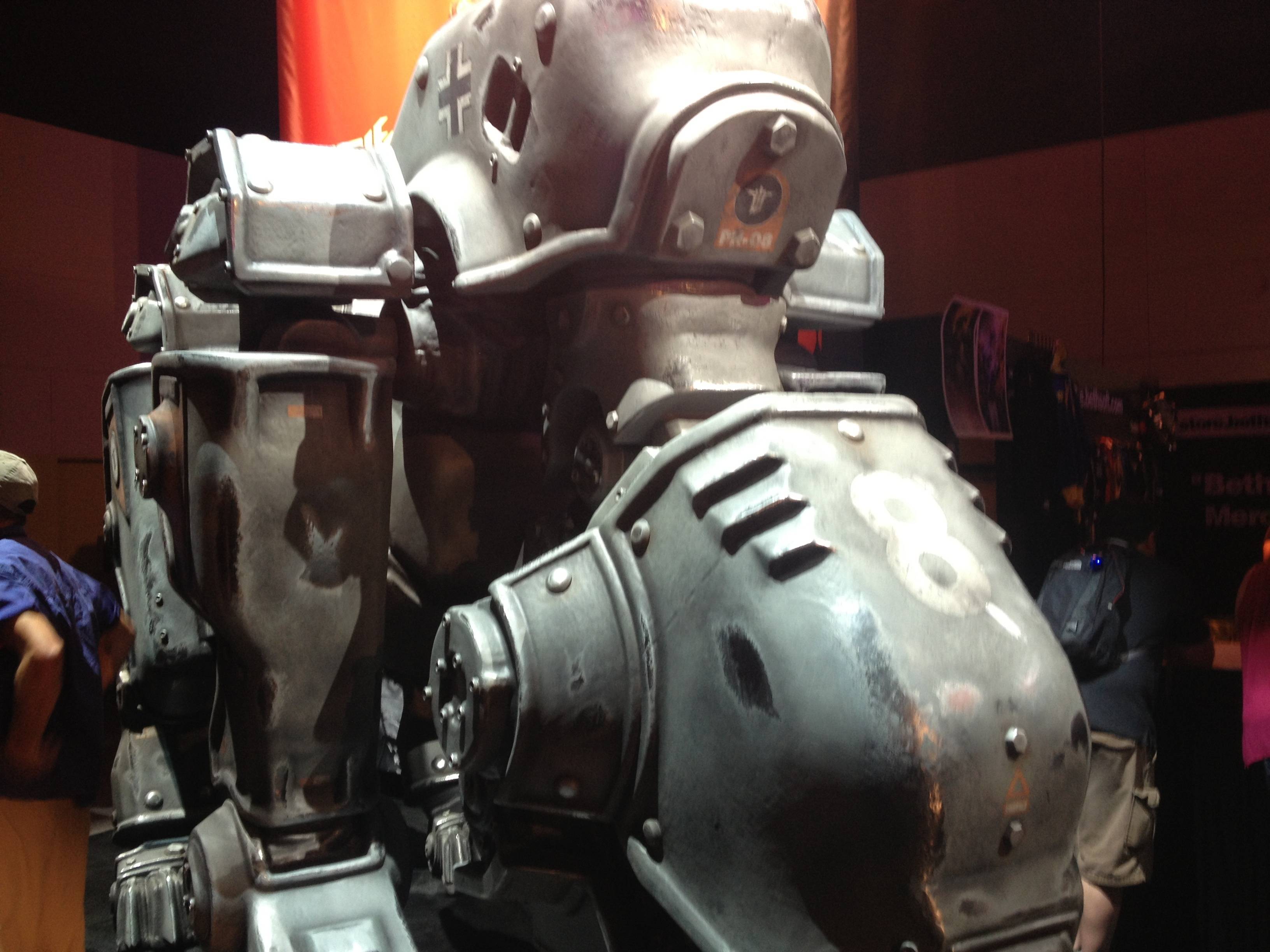 First day at PAX is always the most mind and foot numbing. I usually don't hang out in large auditoriums filled with massive art pieces, loud music and large seizure educing lights so the first day of PAX takes a while to acclimate to. @scrypt is at PAX this year so we have been co-ordinating a bit to see most of the show together and so far its worked out pretty well.

Today we decided to hit up the expo halls and check out the games developers are showing. I didn't have a huge list of games I came in wanting to play because most of the games I know about, i've played. All told, I found some awesome new stuff I hadn't heard of before and played some games that haven't been released yet... But enough of all that, lets get to it.

Nekro is an upcoming fantasy game where you summon demonic forces to fight for you. The Nekro team was one of many developers taking part in the Indie Mega Booth. The Indie Mega Booth got some space on the main PAX floor and filled it to the brim with games. It was PACKED with people the entire time I was there and to offer a bit of comparison, the 2K area showcasing WWE 2K was not. But back to Nekro...

Nekro is a game that just went to the top of my radar for a few reasons. First off the art for the game is both stunning and lush. The game world feels like an actual place and the way the Nekro moves around in it is awesome. The game is fairly easy to understand and the gameplay and is well polished. I asked about a possible release time and they have a few options on the table, the earliest getting the game out by December. Very excited to try this out and I hope I can score beta access at some point.

Wolfenstein: The New Order is the only triple A game I am interested in and after I got my hands on it at PAX doubly so. Getting a special lanyard/button and pin set for playing the game didn't hurt either. After waiting in line for about 10 minutes at the Bethesda booth I was playing the game. The demo was on the XBox 360 and it seemed to be a mission or so into the game. That or I missed an intro cut scene, because when the dialog started they referenced some stuff they hadn't set up in the game yet. That said, BJ only had a knife to start things out and I was pretty happy about that.

You start in an area that looks like it was recently shelled. After killing your first Nazi you gain your first handgun and continue on. After killing a few more SS you get a machine gun and then immediately hit your first mini boss fight. You come to a mech and with some strafing and ducking I took it down. As you continue on past the desolation you enter a Nazi bunker that contains more Nazi you must kill. I dashed across an area, up some stairs and started shooting people with a turret. Wolfenstein allows you to unmount the turret and carry around the massive gun. The bonus is you get a huge gun that will blow holes in Nazis as well as walls but it makes you walk slower and you can't run. I thought that was a fair trade for the bit of the level I played with it.

The gameplay is what you would expect for a triple A shooter in that its very polished and everything feels right. I really loved the variety of guns in game and liked how you could play things safe and stealthy or run and gun. Plus, the game is challenging. From the outset the Bethesda people running the game said the game was hard so not to up the difficulty much. Based on that recommendation I made the game mode as easy as possible and the game was so hard, I died quite a few times. I hope they keep the games challenge as it would be a nice change of pace for some of the shooters i've played recently.

The game looked amazing on the XBox 360 so I can imagine how beautiful the game will look on PC. Getting it when it launches, no question.

Had fun talking to Alix and Calvin, the amazing Indie Duo making Legend of Dungeon. Nabbed a cool game poster, a few buttons and @scrypt and I played the game on a large screen with 2 other people. The game is really awesome with four players and I will have to make more of a point to play this game with my friends when they come over. I have really only played it by myself, but the game is loads of fun with 4 people on the screen at once.

Asked Alix how long it took her to get to the bottom of the Dungeon and escape. She said neither of them had beaten the game so I told her I didn't feel so bad not having beaten it. :D I told them I appreciated a recent patch that made your default movement faster from the start. Being able to be a bit faster from the get go is nice because it allows your game to go a bit quicker and thats a pretty nice thing for a game that can be played in a few minutes to a few hours.

Headed by the Analgesic booth to talk to Jon and Sean about Anodyne and try out the early build of Even The Ocean. The game feels very metroid-ish and I loved the overall feel of the game while I was playing it. They put together a few levels for PAX and they had some interesting game mechanics to show off. One unique aspect of the game is the shield you have. You can use it block projectiles as well as use it to catch wind gusts. Its interesting to in one moment use the shield to block a projectile then use it to catch a wind gust to make it to a higher area in the game.

We talked a bit about game platforms and so far Windows is planned and they will port it to Mac and Linux if possible. I nabbed a beautiful Anodyne poster and am really excited to play Even The Ocean when it hits beta.

Delver's Drop is one of the games I have backed on Kickstarter and after checking out the game build at the PAX booth my excitement for this game has been kicked up a few notches. They were showcasing two classes and much more gameplay than I had seen with the current Kickstarter backer build I have. They mentioned that the PAX build will be updated for Kickstarter backers in a few weeks and I am very interested to play it.

They are planning on a formal release of the game in December.

I have taken a bunch of pictures of PAX so far and will post them in the next few days as well as some other games I saw that were awesome.