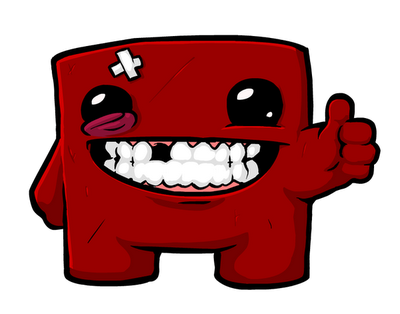 Recently Super Meat Boy on Steam was updated to add Linux as a platform and refresh the Mac port to fix some bugs and get it working on newer Macs. The port and fixes were done by everyones favorite Linux port guru Ryan Gordon. To celebrate the games 3rd anniversary and its recent Mac and Linux love it is 80% off on Steam right now.

Ryan Gordon recently posted a bit about the update:

"- Linux version now available on Steam. If you already own the game for Windows or Mac on Steam, you get the Linux version for free right now. Otherwise, your three dollars gets you three platforms of Super Meat Boy, plus SteamOS support some day.
- Now using SDL2, which means...
- ...game controller support that actually works!
- Tons of bug fixes.
- Super Meat World now works on Linux.
- 64-bit support on Mac OS X.
- Steamworks support on Linux (32-bit only, not my fault!)
- Fullscreen support on Mac OS X.
- Better fullscreen support on Linux.
- Mac framerate should be dramatically better.

Updated Humble Bundle builds coming soon, but I'll probably wait a day or two for Steam feedback before packaging it up."

Awesome to see this awesome Indie title getting some attention and it takes one game off my wish list of things to come to SteamOS.

List of games i'd love to see come to SteamOS.