Age of Empires Online Will Close in 2014 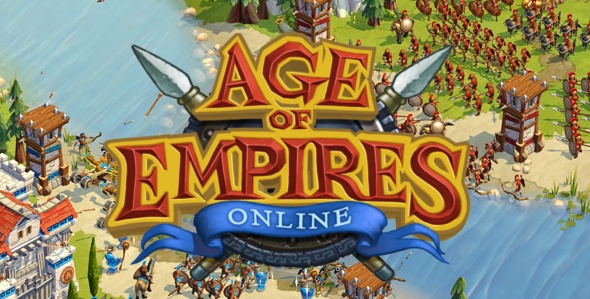 In a recent sling of bad news, Age of Empires Online will be closing shop in 2014.

"I announced in January of this year that AOEO had entered its support phase, meaning that no new content would be added to the game. Then, last month, we mentioned in the forums that AOEO had an end date. That information should have come clearly from me, with a clear and specific itemization of what that means to you, the players. So let’s fix that.

Age of Empires Online will close on July 1, 2014. On that day, the service will cease to function, and no further games can be played. The servers will be taken offline, and no features of the game or the game service will work without the servers. Until that date, the game will continue to fully function just as it does now. You can quest, raid, chat and trade as much as you like until then."

The wasn't perfect though as the game UI was often confusing and figuring out what zone to go do to do stuff wasn't intuitive. The game suffered from some lag issues from time to time when I played it and I never really saw the incentive to advance my in game MMO level. It was also tied to Games for Windows Live which required way too many steps to get working in a sane manner.

That said, it's sad to see this game go and I hope Microsoft can rip out the core gameplay bits and release it as a standalone product that doesn't require you to be always online.

It's also worth noting that because of it's freemium nature a popular way to unlock more races an in game items was by paying for them. So what do people that love this game have to show for the time and effort they put into it? It's not an awesome prospect to consider.

That said its not all bad news and dead Unicorns as if you already have an Age of Empires Online account, you will get a bit of a bonus for the remaining time the game has left on this earth.

"All purchases have been disabled. This means that you cannot buy more Empire Points, which is the way you pay for additional content, like new civilizations. You can still earn EP through regular gameplay, just like always, and the stores still function normally, to buy civilizations, vanity items, consumables and more. But you cannot spend real money on more EP.

That creates a problem for some of the newest players, however. If you have just started to play AOEO, but not bought any EP, you may be ‘stuck’ in that it will take a long time to build up enough EP to buy a premium civilization. To help all the newest players, as well as give a gift of thanks to our grizzled veterans, on Tuesday, September 17, we will grant 1000 EP to all existing players. This is enough to purchase a full civilization, with a little left over for some fun. That should be a sufficient boost to let new players jump into the game fully and earn more EP over the next several months."