Reviving A Franchise One Reaper At A Time 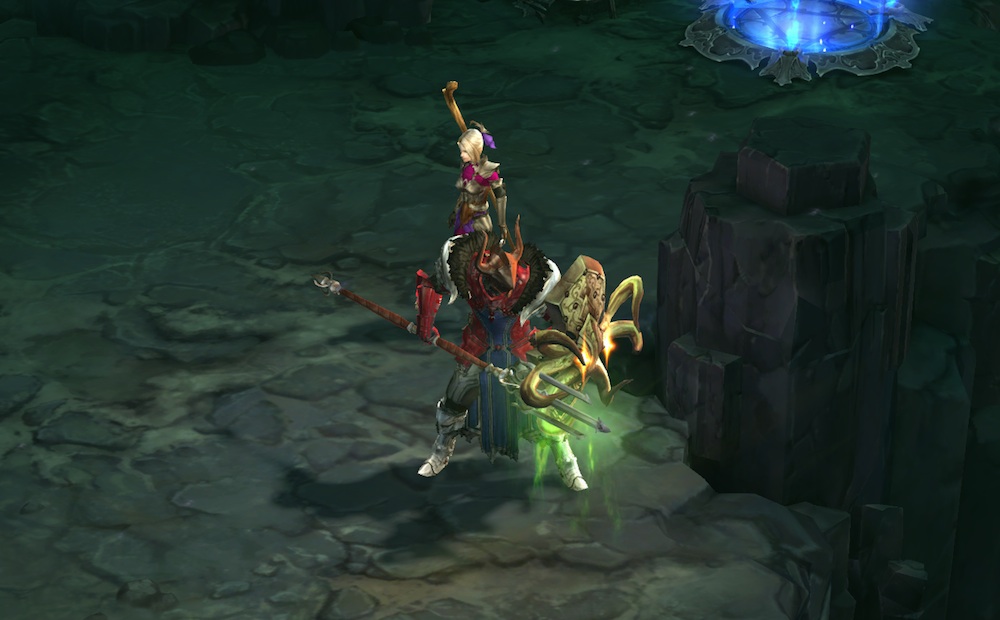 When Diablo III first launched I was hooked. I enjoyed running through Sanctuary with SnuggyBunny, my Witch Doctor, collecting loot and murdering evil. That said, after I killed Diablo a few times I started having less and less fun. The loot started to suck, I didn't enjoy having to relive the story over and over and the game wasn't that challenging. My interest died off but I would occasionally come back to SnuggyBunny to dispatch evil.

When the loot 2.0 patch hit what little I played I loved. Diablo III was fun again and I was getting some really amazing gear. Many of my friends came back to the game and we were enjoying playing it together. A bit after loot 2.0 hit I decided to stop playing until Reaper of Souls was released so I could bottle up the excitement I had for the game. I am happy I did that because...

Reaper of Souls is an great expansion to Diablo III.

The Tale of Westmarch

Reaper of Souls starts off with Malthael the angel of death stealing the soulstone from Tyrael. Ultimately you are sourced with retrieving it and halting Malthael and his plot. (I am being vague here to avoid spoilers) I really enjoyed the addition of Act V and felt they really upped the ante from the base Diablo III experience. In Act V there are more things to explore, the world they created is deeper and the story isn't as chuckle-worthy.

Act V contains about 8 parts and starts in the battle ravaged town of Westmarch. The level design and art direction really shine and you don't go too long without seeing something totally new to look at. The mini-boss encounters are fun and the final battle with Malthael is much more challenging.

The Music of The Reaper

Some have said the music in Reaper of Souls is better than the music from the base Diablo III experience. I don't agree with that but I will say the music for Reaper of Souls is very different and more immediately memorable. Derek Duke takes the helm to pen a really massive score that reminds me of something from a modern film and less a Diablo game. Not to say the score doesn't seem like it comes from the world of Sanctuary, just that it seems to have evolved much from it's Diablo and Diablo II roots.

One of the strongest elements of Reaper of Souls is Adventure Mode. Adventure Mode allows you to go to whichever Act you fancy to complete Bounties. Bounties are in game goals that upon completion award you experience and rift tokens. Collect enough rift tokens and you can open a rift that is a random dungeon filled with tons of monsters and loot.

I like Adventure Mode because I can head into the game and complete 5 bounties in under an hour. Competing a set of bounties nets you a Horadric Cache which gets you an assortment of rift tokens, gems and loot.

The Crusade Marches On

The first thing I did when Reaper of Souls hit was start a Crusader and head back into Act I.

If you are curious what HammerTime, my current Crusader build is, clicky click.

I need to start focusing on socketing diamonds for all resist to make him less brittle. Currently he can hit pretty hard but doesn't fare too well against dense mobs. The Crusader has many skills that increase his block chance and I need to figure out a good build in that regard. Currently HammerTime feels "too glassy" and I want to change that.

Currently my DPS is high enough and when the Crusader starts throwing around his hammers it's insta-death for most mobs. I have heard that Blizzard is planning on patching the Crusader soon and I look forward to it. Some of the Crusader skills are not great and i'd love to have them changed such that they make sense to use.

If you love point and click RPG games, Reaper of Souls is well worth a look. If you are nervous about dropping the coin on Reaper of Souls because your were disappointed with Diablo III then just head back in and check out loot 2.0. The game has been changed considerably from when it initially launched two years ago and I think many of the major problems have been addressed. But really, at the end of the day I recommend it because killing things and looting the remains is just a lot of fun.