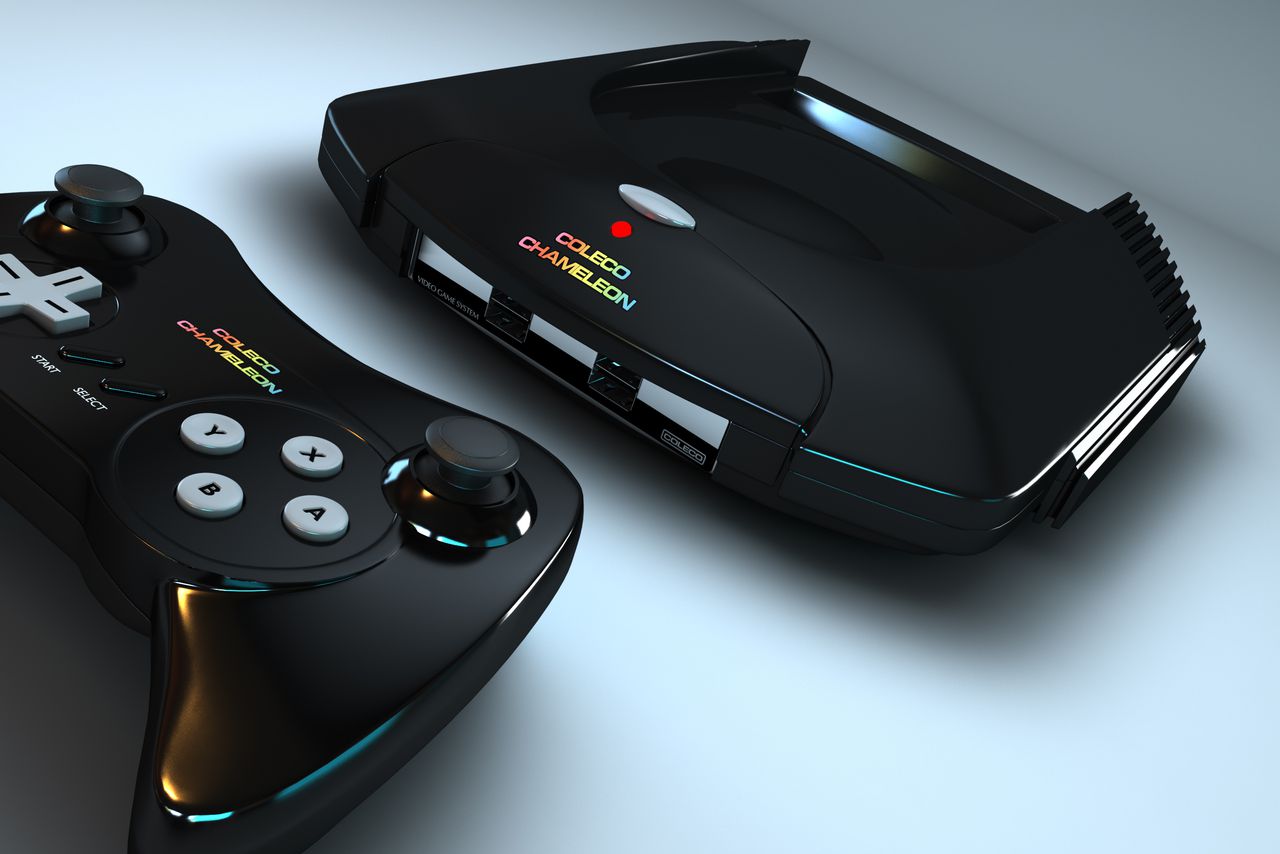 "The Coleco Chameleon is the new name for the Retro VGS, a hardware project which failed to raise sufficient backing during its crowdfunding campaign earlier this year. According to the latest press release, the Chameleon “is a versatile new video-game system that serves as a modern day take on the classic game console and will accurately play classic games from the past. The COLECO Chameleon also has the ability play brand-new games in the 8-, 16- and 32-bit styles, a growing and popular genre in today’s game scape.”"

After moving to the near majority of my gaming on PC I am not in the market for the latest Playstation or XBox. With that the Coleco Chameleon does actually interest me. Depending on what we get, this could be a very important system for the retro gaming community. A system that can play older games and be open for developers to produce all new retro savvy games would be very cool indeed. Not all games need to launch on Steam digitally and the retro community proves that buy and selling game carts is alive and well.

Very excited to see more details emerge from this project and as they do, we will be talking more about them.

*UPDATE* Some new information has come up in regard to faked prototype hardware. Please read the below article for more information on this project.