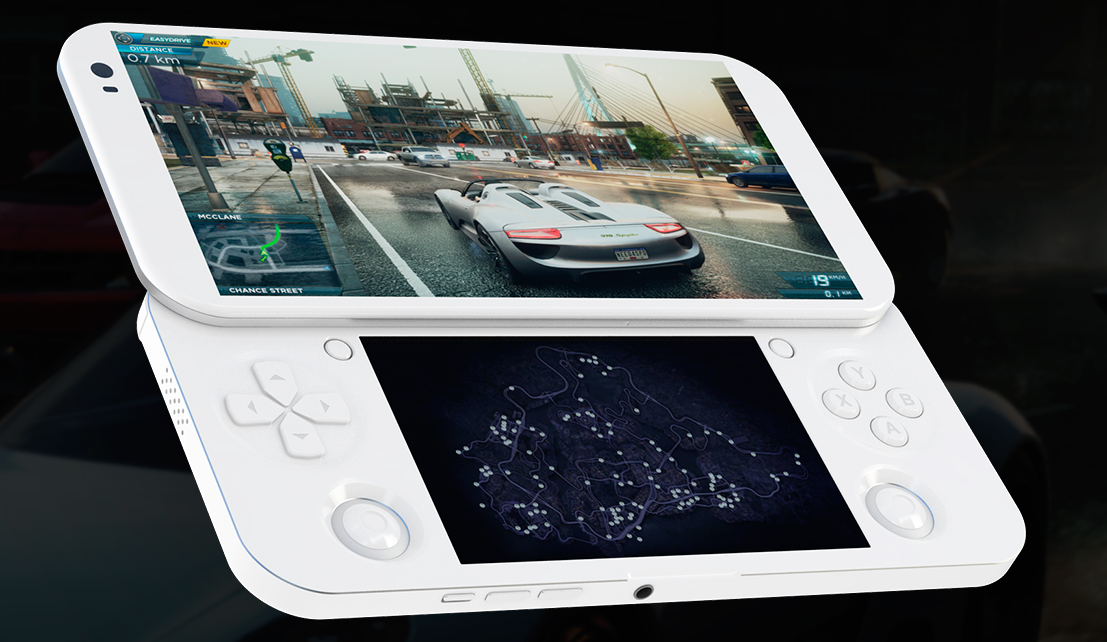 Last week I wrote an article about the GPD Win which is a new PC portable that gives you the power of PC games in a small device. Now that Intel CPU's are getting much smaller the dream of owning a reasonably powered PC that fits in your hand is closer than ever. A new handheld PC system has surfaced and is called the PGS Portable. Right now, the PGS Portable is still in the early design and concept phase but their plans are very interesting. I want to note again that this is in very early stages with no working hardware yet I find their goals to be very interesting.

The PGS Portable aims to ship two competing versions. The lite version and the more souped up hardcore version. The hardcore version aims to ship with a 2560 X 1440 QHD Display, Windows 10, Intel Atom Quad-Core 2.4GHZ, Intel HD graphics, 8G RAM, 128G SSD, wireless n, bluetooth, usb 3, microHDMI, headphone jack, webcam and a DS-like second display. They claim the battery life should last up to 5 hours but I imagine that depends on the game and other factors. Compared to the GPD Win the PGS Portable is visually stunning and seems to be aiming directly at owners of existing Sony and Nintendo handhelds.

Like I said before, I imagine this space will heat up significantly as all the power we've come to love from our phones comes to PC gaming and I can't wait to see how it turns out.