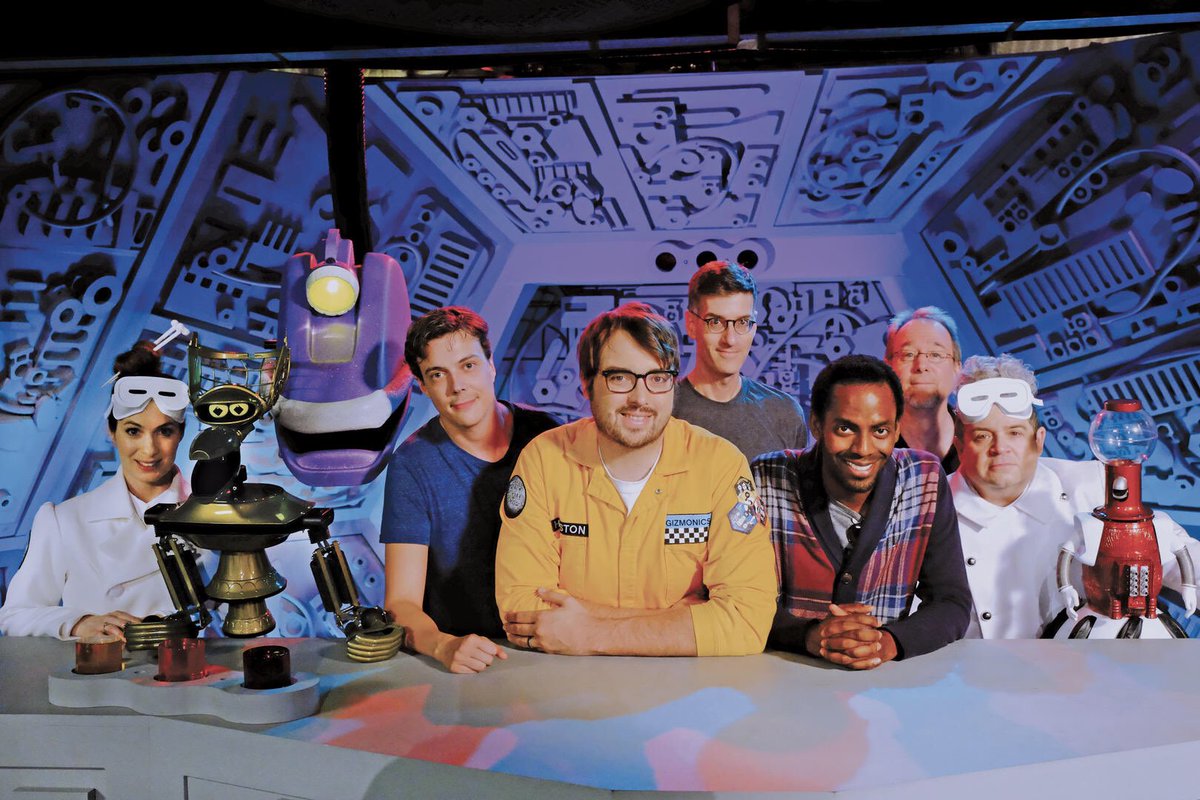 In the not too distant future the brand new Mystery Science Theater 3000 season will drop on Netflix bringing this classic show back to the fans and an entirely new audience. It will release on Netflix and to Kickstarter backers on April 14th, which is a bit odd as I thought Kickstarter backers would get a few days lead time but at least this way everyone can see it at the same time. Joel also released the new cast photo above featuring the new star of the show Jonah Ray playing Johan Heston, Felicia Day as Kinga Forrester, Patton Oswalt as Son of TV's Frank, Hampton Yount as Crow and Baron Vaugn as Tom Servo. There has been a lot of secrecy around the new episodes so much so that the list of movies they are riffing isn't even known yet. As more information surfaces i'll drop it here but until then we can just relax because April 14th isn't that far away.