Continuing Link Between Worlds - Entering The Ruined World of Lorule 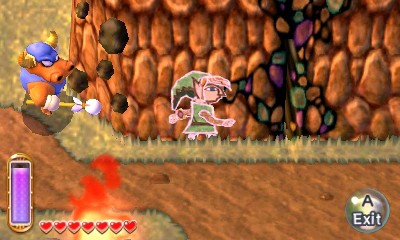 If I had to guess I'd say i'm slightly less than half way through the game and given about how long it's taken me to get to this point I should complete it sometime this holiday season. Good thing people in Hyrule are used to living under the thumb of evil despots because i'm not going to save them anytime soon. But you know, freedom doesn't come quickly when you have kids.