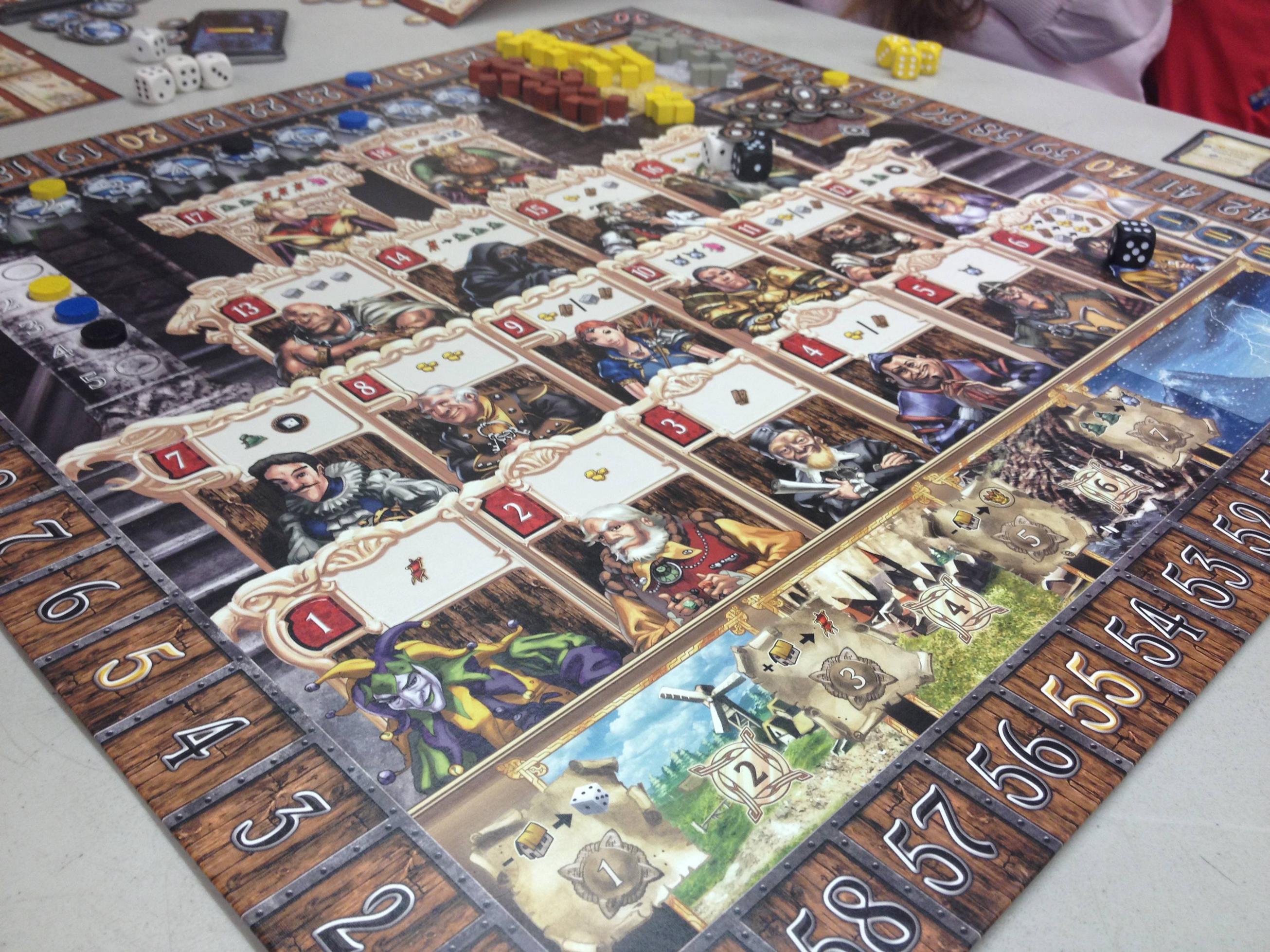 This weekend I played a cool strategy board game called Kingsburg. In Kingsburg you are in charged with the protection of your city each year from Orcs, Goblins and other fantastical creatures. You collect resources from allocating your dice roll to certain advisors that grant you resources. For instance, if you allocate 1 to the Joker you can obtain a victory point. If you allocate a 2 to an advisor you can collect a gold resource. These resources can be spent building things that grant you abilities that can help you defend your city or grant you other bonuses. The game lasts 6 "years" and the person that collects the most victory points wins. and our game lasted about 2 hours. Its a very strategic game and as such I had to adjust a few times to eek out second place. Yay for not losing! Or is second place the first loser?

My strategy focused on buildings that netted me a high defense score so I could survive the invaders. I then netted a few more soldiers by purchase or a dice roll placement so I could beat the invaders to gain a few bonus resources. I didn't lose a battle as if you do the penalty is the destruction of one of your buildings or a loss of resources. If you have the same soldiers/defense as the invaders have attack power its a "push" and you don't win or lose anything.

There are a lot of buildings to chose from and each one gives you special abilities and bonuses, again I went with defense and as such was never defeated by enemies. You could lose the battle a few times and still win the game though. One thing I lacked was having a handy amount of resources. The winning player built buildings to increase his economy and spent the latter half of the game on defense. This proved to be a great strategy because he out built me by nearly double and won the game by an impressive lead.

Kingsburg is a solid game and I recommend you give a try. Its a bit daunting to try it but after a few rounds its not too bad. That said, rolling the dice and allocating your roll to the correct advisor is more strategic than it sounds. Many times I made the wrong choice but it wasn't too bad as you roll for resources often.

Looks like another fun game to play. Looking forward to playing sometime.

Yeah totally! I'll bring over a game next time we hang out to play!