Terraria: A Shocking Amount of Awesome For Such a Low Price 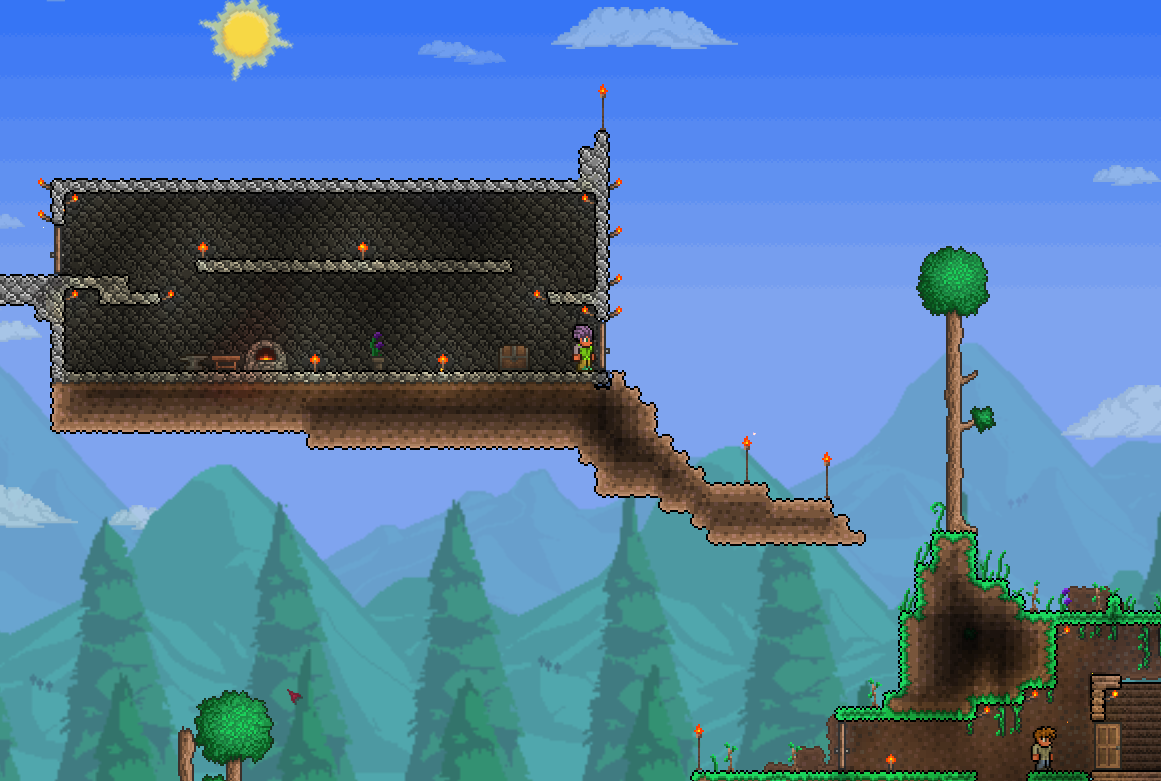 Recently picked up a few games from this years steam sale. The Bethesda pack, Left 4 Dead, Left 4 Dead 2 and Terraria. I started Terraria because it was a smaller download than Skyrim or Left for Dead and haven't stopping playing it! Its only $5 during the summer sale and I heartily recommend you get it.

I started out having no idea what I was doing and watched a tutorial video saying I should build a house to survive the night. I did that and survived. Then I built my house underground. Then I created a huge mine. The I started chopping down trees and planting more. Then I realized I could build a stone house/castle in the sky (picture above). Then I wanted to see how deep I could mine. Then I realized the hours had melted away and I needed to stop.

If you grab the game checkout the wiki:

And then read and watch these videos on starting:

I haven't built a house for the NPCs because right now I dont care about that, that said at some point I imagine I will. Died a few times, apparently you can't fall absurdly high from your sky castle. Found sand, clay and a bunch of other sort of rare-ish materials. Still trying to figure out what else I can build.

Such a rad game for $5 that said I need to pace myself or bye bye time and subsequently my life.