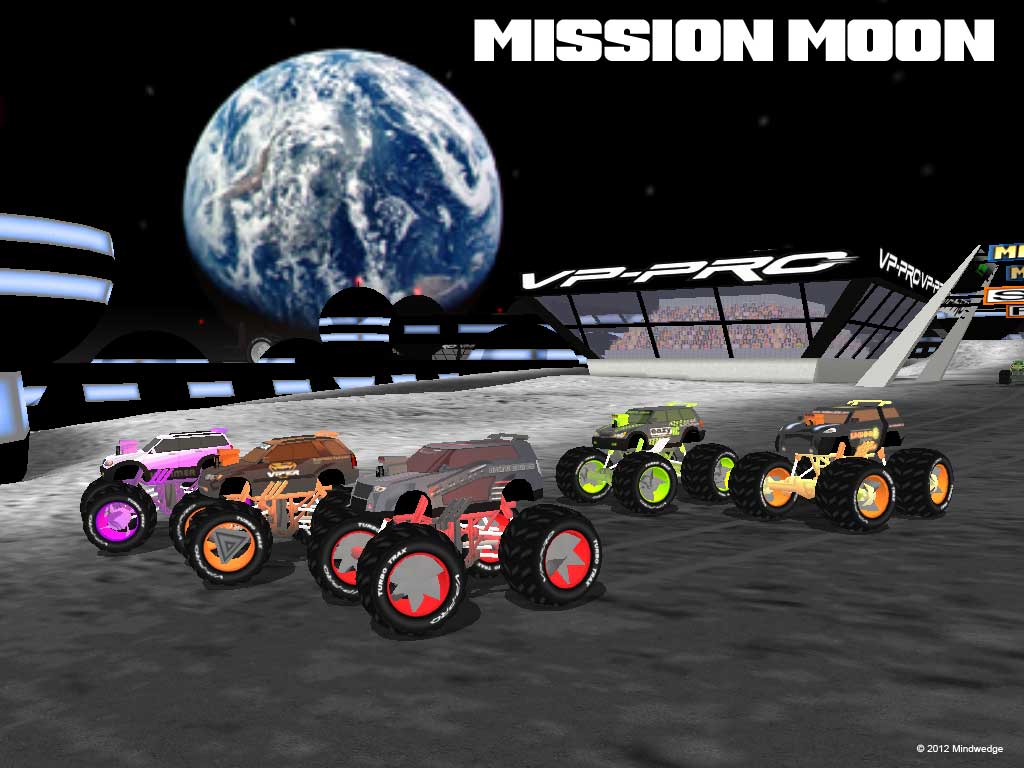 Mindwedge, an indie game company recently released its first game called Monster Minis Extreme Off-Road and I was able to virtually sit down with Dave and ask him a few questions about it all. You can easily snag the demo for Monster Mini's on the website and the full meal deal is available on Beamdog and Desura.

jdodson: What was the inspiration for Monster Mini's?

Dave: For inspiration I look to my creator first. It's my feeling that I can do no greater honor to him than to emulate him by being creative.

But on a more practical level, I think that there were a few influences in play. I really enjoyed off-road ATV as well as off-road truck racing games. One day I was toying with a very rudimentary game engine and was working with a futuristic style miniature vehicle I had modeled, and I stuck huge wheels on it just for fun. Then it struck me that I had hit on something I really liked. Not the car, but the huge wheels on it.

I wanted to make a racer though, not a stadium showpiece. I have always liked the monster truck shows ever since the early days of Bigfoot, but a 'proper' monster truck wasn't right for racing outside of an arena. By combining the ATV with a truck frame of sorts, I came up with a new hybrid - the Monster Mini.

As for making racing trucks as SUVs, I've owned a few and they seem to be very popular still. So I guess I have a special attachment to that. Though to be honest, our SUV right now is a Mini Cooper S hatchback, and I have a 4x4 pickup for bigger jobs and off-road excursions.

jdodson: What was the muse you followed to start Mindwedge and make video games?

Dave: That's kind of a different way to ask the first question perhaps, but If I had one thing to point to it would be RC truck racing. My first RC truck was a Tamiya Midnight Pumpkin. It wasn't a racer really, but the proportions of the monster Minis emulate the Midnight Pumpkin more than any other. Later I went on to race more capable RC trucks at indoor and outdoor tracks. RC trucks at the time were really just conversions of RC buggies. I still keep those race trucks on the hutch of my desk to this day.

I had also worked at a stretch limo manufacturer in the early '80s, and that is probably the inspiration for the limo style trucks we included later in the game.

Overall, it's about doing thigs you can't do in the real world. That's the great part about games - they don't have to follow reality.

jdodson: How long has Mindwedge been making games?

Dave: As I mentioned, I had been toying with a rudimentary game engine. That was in 2003. Then I ran into Chris Robertson who was at the time working beyond the norm with extending the abilities of that engine and I asked him to join me in making some Monster Minis. It turned out to be more of a toy than a full game really, but we had great fun with it. Then in 2004 we came across a more capable game engine and realized that we could make a really decent game with it. As we were getting up to speed on the new engine we ran across another engineer who was also working beyond the norm at the time - Ed Phillips, who was very interested in getting under the hood of some of Chris' work. I knew we needed to bring him in. The rest is history. We're still working as a team to this day.

Mind you, the early years were as much about learning how to make games as they were about producing a final product, and we did accomplish both. The learning part is never really over, and that's the great part. There's always a new challenge around every corner.

jdodson: Looking to the future, what do you see as a game genre youd like to do something in?

Dave: Well, my other favorite genre is the FPS. The first game I ever played on the PC was Wolfenstein 3D. That's when I was hooked on 3D games.

But I like that racing games are basically non-violent. I hear from parents all the time that say they need more non-violent games for their kids. We have several other racing game concepts we want to work on. We already have our game systems in place for racing and can continue to refine them as we go along. So as a practical matter, we'll be doing this for a few more years at least.

jdodson: What are you most proudest of in Monster Minis?

Dave: Through the thick and thin, I'm most proud of the quality of the people I get to work with. It's very rare to have team mates that stay with it for as many years as we have. I think that speaks to the basic values everyone on the team has. Along with that, I get to work with some of the most intelligent people I've ever known.

Going forward, I know it's going to be a challenge to find more team mates of this quality as our team grows. But we have a good foundation to build on now.