After completing a ton of quests in Whiterun I decided to 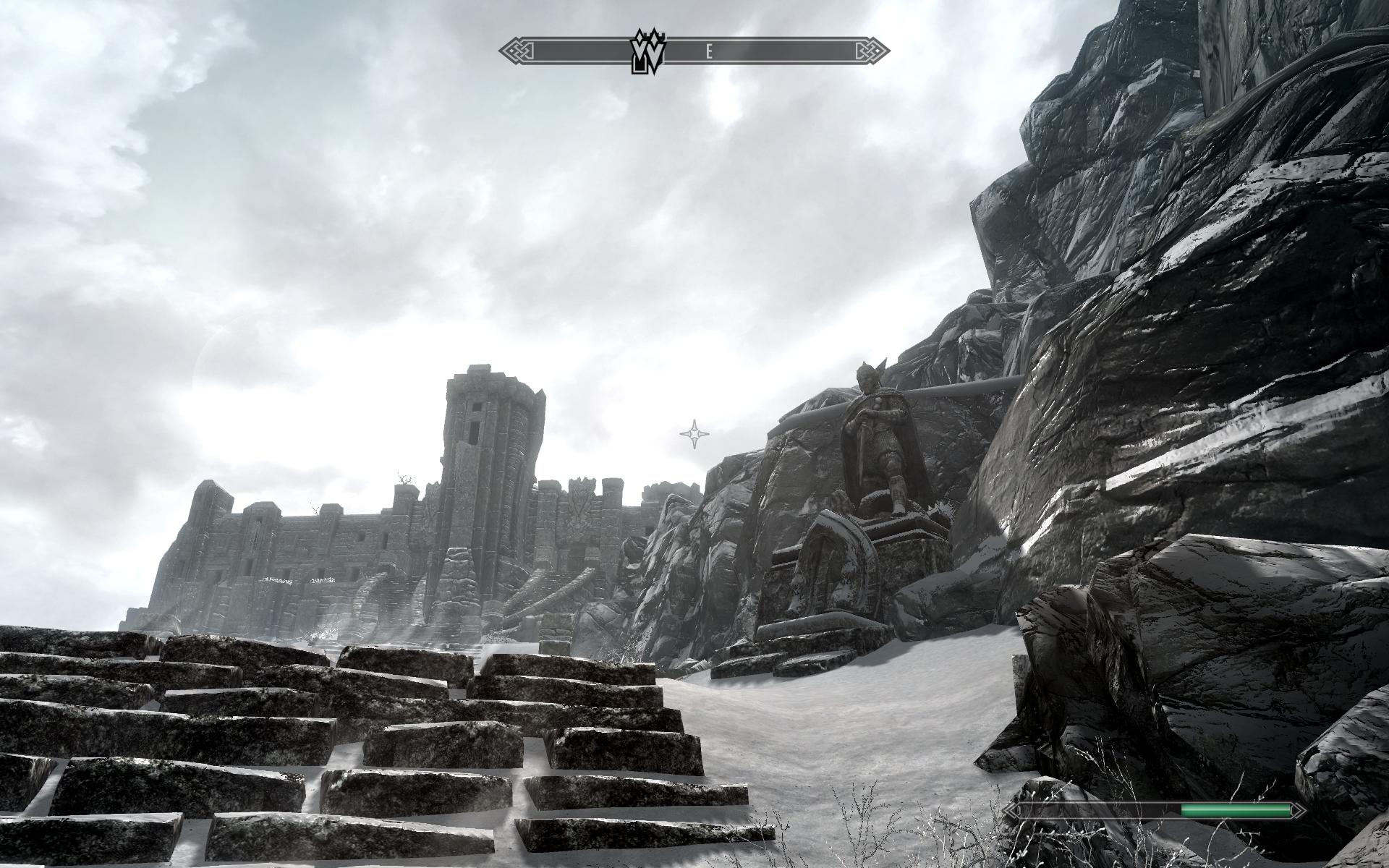 After completing a ton of quests in Whiterun I decided to pick up the main quest and make my way to the place to meet up with the Greybeards in the mountains. From Whiterun to the destination it looked pretty close but as I made the journey I realized how far things in Skyrim can be. The journey took me over grasslands, rivers a bridge and to a town at the summit of the 7,000 steps. The 7,000 steps leading to the area the Greybeards inhabit.

Ivarstead is the town at the mountain summit and I talked to a few people and rested up at the Inn. There were a few town quests, one being to check out a haunted shack at the edge of town that I haven't started yet. Hanging out in these small towns is fun, nice to see every town in Skyrim isn't "Whiterun sized." I picked up a quest from a NPC on a bridge to take a sack of food to the top of the mountain for the Greybeards. He said the only stuff he encountered on his trip up were the occasional wolf or rabbit. Yeah, that was pretty misleading as I had a few sizable foes to kill on the way. One Frost Troll killed me 5 times before I put it down. Apparently many players had problems killing that one too from a few Google Searches on the topic.

Summiting the mountain was fun. Its was cool to see the weather change and read the text of the stones on the way to the top. After I hit the steps I snapped the above image and saved. I want to enter High Hrothgar in a later session.