Dear PAX, Yep. Thats me up there lounging in a Riot Games 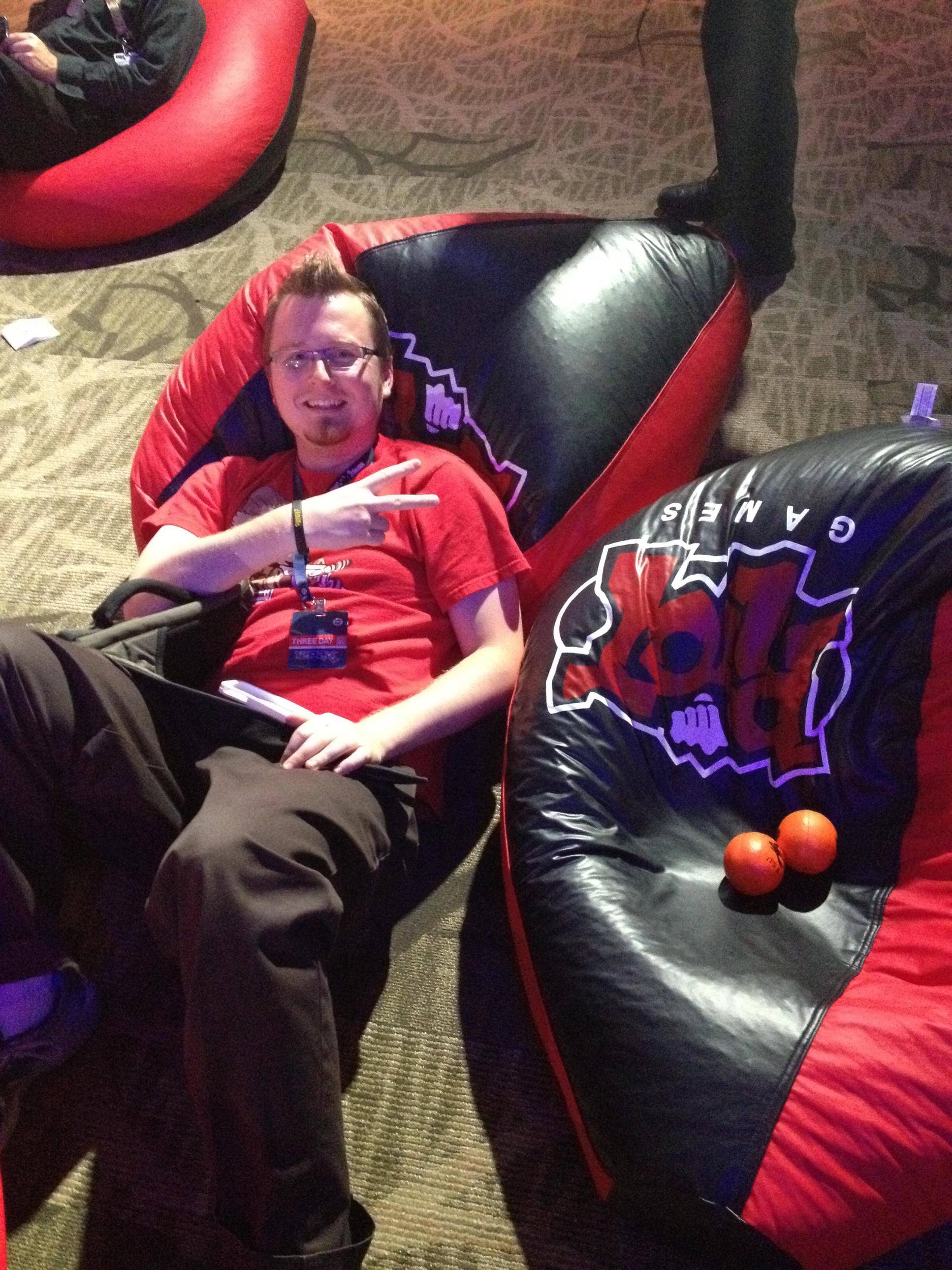 Yep. That's me up there lounging in a Riot Games bean bag chair watching a few League of Legends tournaments. PAX, you are big. You have attracted every kind of geek imaginable. You are the first video game convention ive attended and you are intense.

We met up with a few friends of @chowda and that was fun to meet some new people. They had attended PAX a few times previously and gave us a few tips. One such tip was that you would stand in many lines. I am not sure I have had feet as sore as this and ive back-packed around Italy. I just might be getting too old or something..... :D

http://i.imgur.com/b6U7I.jpg (the morning line up)

One of the highlights of the day was a talk on the uncertain future of game story telling. It featured Notch and the designers of Baston, DayZ, X-Com and The Walking Dead. Interesting talk as they all seemed to have different takes on games and story telling. After the talk I wanted to say hi to Notch but he was mobbed by about 100 fan boys and I decided to eat lunch instead.

http://i.imgur.com/zEcdR.jpg (the uncertain future of storytelling on the PC panel)

This evening I went to the EPIC games Fortnight game reveal. In line I met a few cool people. Someone that worked for Microsofts Azure team and a woman who is a indie artist. We sat with them during the Fortnight panel. With Fortnight EPIC is building a stylized co-op game that looks like Team Fortress 2 meets Minecraft meets a Pixar movie. From what they showed, you can collect resources to build a fort and that fort is used to survive zombie attacks. You operate on teams and you can focus on building, attacking and other stuff they didn't showcase. The graphics are really pretty and for an EPIC game its not what we have come to expect. Cliff Bleszinski and the other designers talked about creating a game without a huge advertising push that they release on PC first. They want to quickly get a beta out, listen to fans and build it up for the Fortnight community. They said they had a lot of success with Gears on the XBox but that model wasn't something they were going for with Fortnight. After the reveal @chowda and I are really interested in playing Fortnight. One person got a "golden ticket" under their chair for beta access to the game. She was excited about winning.

PAX is an amazing spectacle filled with art and cos-play and I snapped a few pics of some stuff. I plan on taking many more pictures tomorrow.

Tomorrow we plan on hitting up the expo hall more to try a few games out. I watched a few people play Borderlands 2 and I was really impressed. I think the new menu system seems to work better on widescreen TVs and the game seems really smooth and polished. 2K had an impressive amount of show room floor space and easily 45+ stations setup for people to play. That said the line was around 3-4 hours to get your hands on the game so I opted out of standing in the line to check it out for now.

A few more pics for good measure. I would upload more but the internet in our Hotel is slow.

Is that a media pass I see?

Nope. It would be awesome if it were though. I am going to try and spring for one next year though. Same for E3.