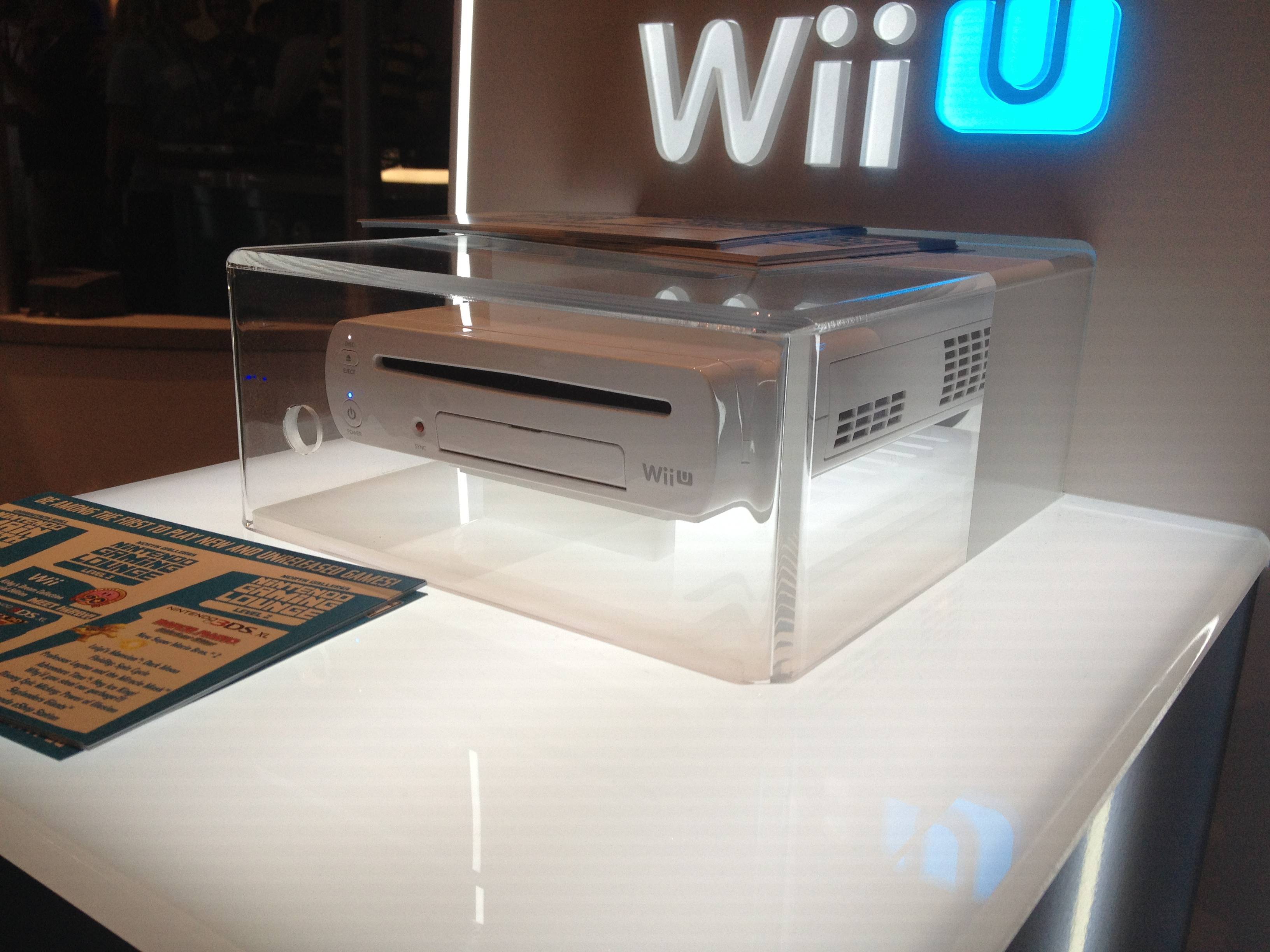 One of the interesting new things I checked out at PAX was the Wii U. I watched someone play a game where they explored/sniped with the new Wii U tablet controller. I took a quick picture of him giving it a go:

I was interested in talking to someone from Nintendo about the Wii U to ask a few questions. A Nintendo rep asked if I wanted to play a game and I said I wanted to take a picture of the "normal" controller without a screen on it. He said that I couldn't but he could "clarify things" for me. I said ok and asked him...

"So you obviously have two controllers here, the tablet one with a screen and then the other that has no screen. Will they both ship with the new Wii U?"

The Nintendo rep said that information hasn't been shared with anyone yet and that I should check the website for more information. I kind of wanted to get some "clarity" on the non tablet controller and asked another.

"So the controller without the tablet screen, that's kind of interesting, Nintendo had one they released on the Wii for the classic Nintendo and Super Nintendo games, is this for that or is this kind of a new direction for Nintendo away from the Wii-mote?"

The Nintendo rep said that the controller existed and it had a use for the games they were demoing but didn't say more than that. Felt bad for the guy at this point, he couldn't really say much about anything. I thanked him and went to another station and took some quick pictures of the Wii U and other stuff.

A few observations about the Wii U...

I really wish I could have flipped the top down to see what it sported underneath. I wonder if there are SD or USB ports up front?

Unsure how the new Wii U will fit in with my gaming future, if at all. Still, it could be awesome, I just don't know much about it and Nintendo wasn't really sharing much to make me too excited about it.

What do you think of the new Wii U?

Maybe it's just me, but nothing I've seen about the WiiU is really all that exciting. I'm curious about the tablet controller, but if it turns out to be as gimmicky* as the Wii's motion controls have been, I dunno how this new console will do. Did you have a chance to play any of the games with the new controller?

*Just to clarify, it's not that I think the motion controls suck in general, it's that they're largely poorly implemented. Also, some games just don't benefit (and many are actually hindered) by motion controls.

I didn't get my hands on the controller because, I wasn't really interested in playing with it. I was more interested in watching others use it and talk to the Nintendo reps.

I think the Wii Motion controls are fine for what they do, Bowling is fun. But when I hit the couch for a shooter, I kind of don't want to flail around. That said, Zelda with more arm movements could be awesome, but I reserve judgement until I try it more.

Oh and I did the Twilight Princess thing, the controls were fine by me, the water temple sort of caused me to walk away.

Some games pulled the motion controls off really, really well. My main complaint is that that didn't happen often enough. What's worse, motion controls were shoehorned into some games that really didn't need it. Wii Sports and (especially) Wii Sports resort are awesome, and some of the few Wii games I still play once in awhile. Twilight princess was fine except I found some of the special sword techniques a little hard to pull off with the motion controls. I haven't tried Skyward sword yet, but I hear it is much better control wise.

I have Paper Mario on the Wii and the motion controls were a tack-on for sure.