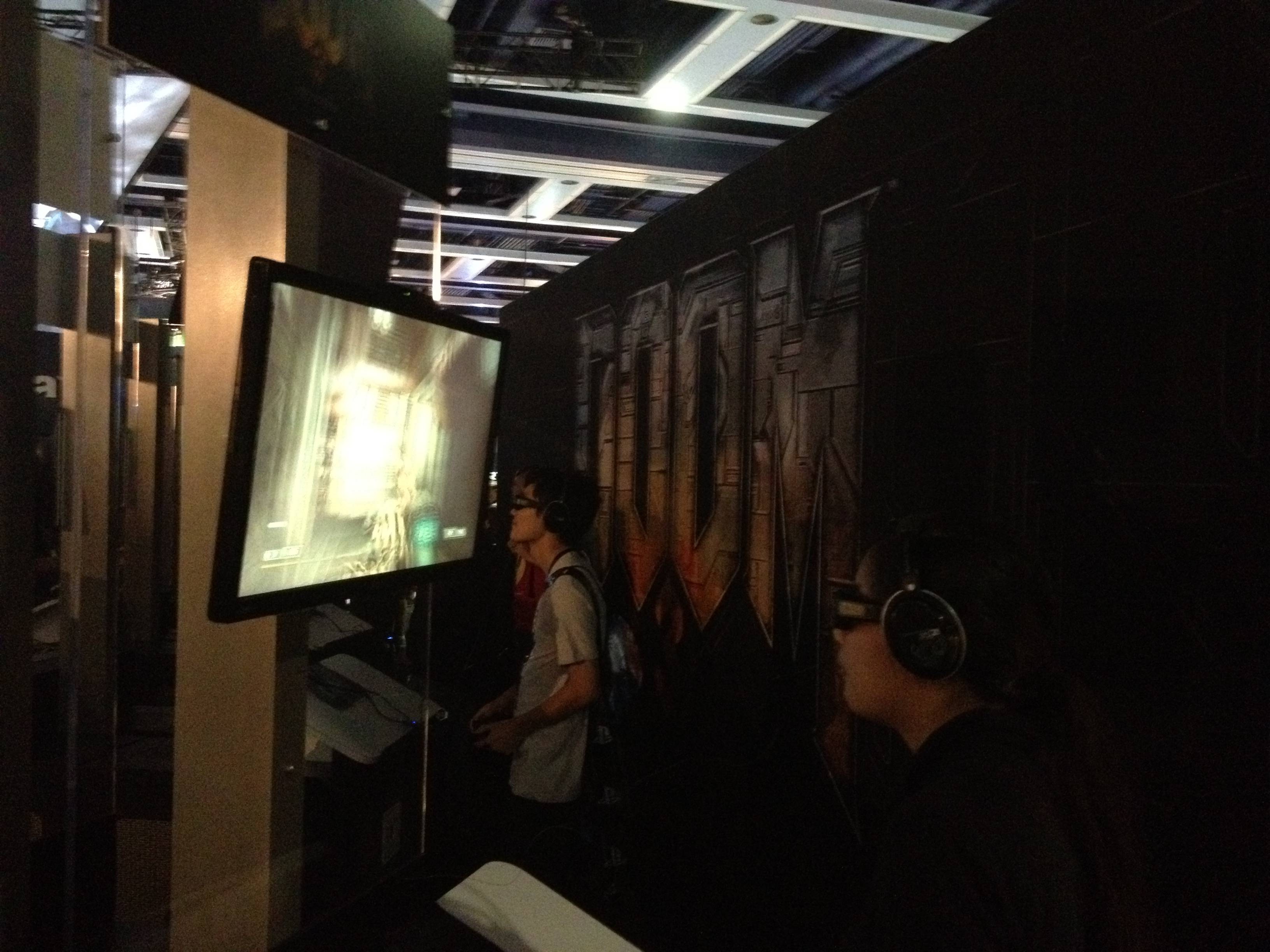 One treat of PAX this year was being able to get my hands on the new Doom 3 BFG Edition. The level they demoed was the bonus "lost mission" that will ship with the game. The system I played on was Doom 3 BFG Edition in 3D on the XBox 360.

I didn't have to wait in line too long and in a few minutes I put on the 3D glasses and extremely comfortable earphones and I was of exploring. Took me a minute or so to orient myself to the 360 controls but in a minute I was having fun. I have never enjoyed playing a game in 3D as much as this and I was really enjoying how immersive the 3D was. Switching weapons was fun, shooting the bad guys far away was fun... everything was really... well... fun in 3D! This is a pretty new thing for me as my vision doesn't lend itself to enjoying 3D much less actually being able to experience it but somehow, it worked really well.

The game never suffered from slow down or lag, it was all very "John Carmack smooth" on the 360. This kind of thing is pretty apparent to me as I was walking around PAX and other more simple DLC games had some serious frame rate issues compared to Doom 3 BFG Edition. I remember walking by one game and @chowda and I both commented how laggy it looked for being a simple downloadable title.

That said, I noticed a few other things I wasn't in love with when I played the demo. The game was easy. I hope it was just someone putting the game into wimp mode or something because it wasn't as much fun as the original in this respect. The original Doom 3 wasn't impossible, but it was challenging and you had to choose your weapon wisely and conserve on ammo somewhat. The game had liberal amounts of ammo and I got the really good guns way faster than I did in the original game. Getting the sweet guns faster makes sense as the "hidden mission" is a fairly short campaign. I am pretty sure the game will ship with difficulty modes that one can crank up, so I am not too concerned, it was just something I noticed.

That said, I hope Doom 3 BFG Edition comes with difficulty levels and that those levels offer more of a challenge I experienced. All in all though, I am very excited to get this game and am seriously considering picking up some 3D glasses to compliment it.

Oh right, the flashlight is totally gone in favor of you being able to flip a gun light on each of your weapons. I think this is a mistake, but making a game more accessible for a modern audience is most likely a good move, even if it changes something I loved about the original.

That all said, I am more excited that I was before about picking this title up and will enjoy heading back to Mars base to make right what was made wrong by the horribly uncouth Malcolm Betruger.