A Classic Comes to Mobile 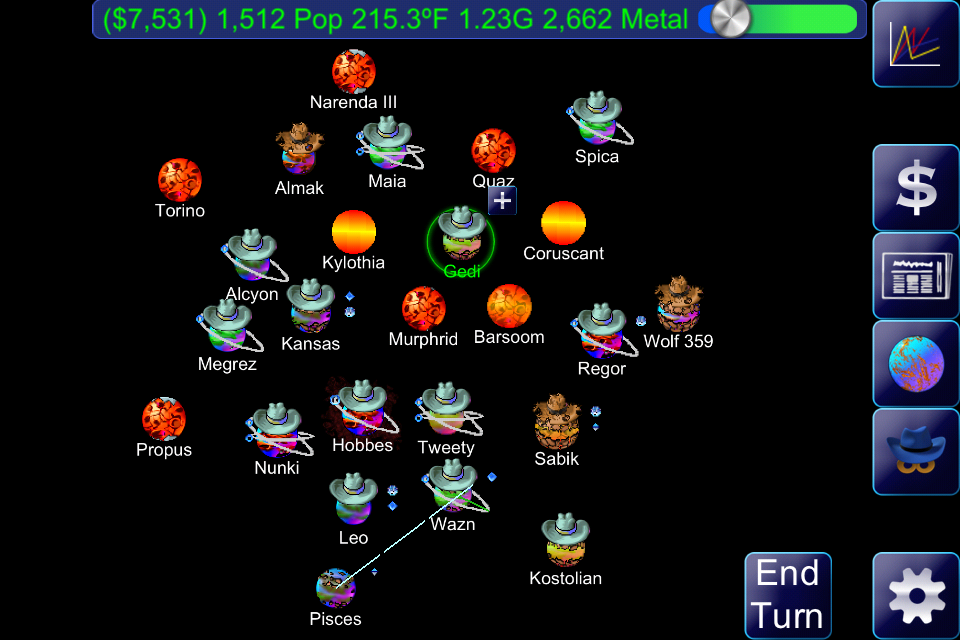 It may come as a surprise to some, but when I was a wee lad I loved video games. I played many amazing games on my NES and DOS Tandy computer. ZZT, Commander Keen, Zelda & Metal Gear were a few gems. When I was in the 7th grade one of my best friends Jason had a Mac. It was pretty amazing as it supported a ton of colors, had a really awesome sound card and I remember when his parents bought him a external hard-drive that was about 150 megs. He had a version of Wolfenstein 3D that graphically blew away the DOS version. He also had a space game I hadn't heard of before called Spaceward Ho!

Immediately I was drawn into Spaceward Ho! as it was one of the first turn based strategy games I was ever exposed to. In Spaceward Ho! you control the economy and military muscle of a space race. You explore and colonize planets, research and build space ships and acquire metal and cash. One stand out feature of Spaceward Ho! is the games simplicity. Not having 50,000 options means the game is boiled down to allow a quicker and more strategic game.

Over the years I have tried to get a version of Spaceward Ho! running on any platform I could. In High School I nabbed a DOS/Windows port. At University I played it on my color Palm Pilot. And recently I bought it on the iPhone. After a spending a few minutes acclimating myself to the port I was immersed back into the awesomeness that is Spaceward Ho! The game is still fresh and everything I loved about it is still present, 22 years later.

For the last few games I have played I have dropped to a small galaxy and go against one computer player. I am trying out quicker games to focus my strategy to improve my win chances in a larger galaxy. I may in depth in a later post on strategy but suffice it to say, I am having a lot of fun.

Its totally awesome to be able to experience an awesome classic game on a new platform and triply rad to be able to talk to the people that made it!

*The screen grab above is from a recent small galaxy short game I completed.