Heart of the Swarm Beta 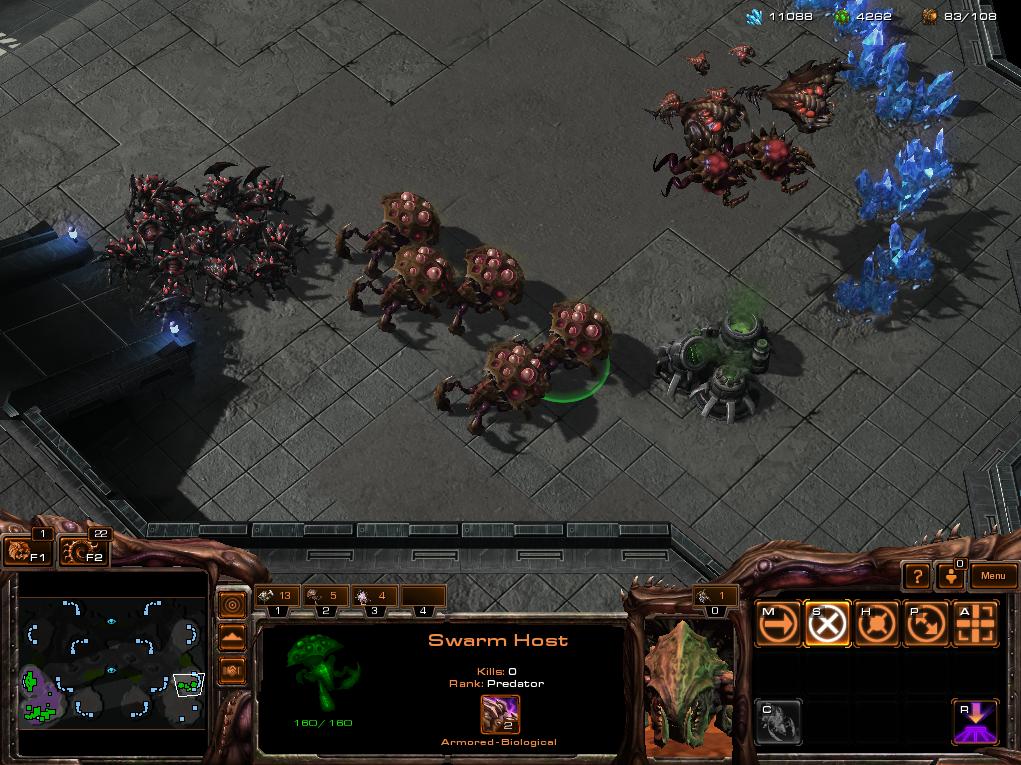 That said, since I pre-ordered the game I was given access to the beta and decided to take it for a spin. They are only making the multi-player aspect of Heart of the Swarm available for Beta customers so I won't be able to comment on the Single Player until game launch in March. That said, I played two matches as the Zerg, my race of choice.

The two new Zerg units I played around with were the Viper and Swarm Host. The Viper is a flyer that can move enemy units closer to you. So if an enemy ship or unit is hitting you from a distance you can pick it up and lift it closer to you. It was fun using the Vipers to bring enemy fliers inside my Hydralisk swam and watch them die. Allowing the Zerg more methods to mess with an enemy is an awesome thing. The other new Zerg unit is the Swarm Host which is a siege unit that when burrowed spawn Locusts that spit acid. While interesting, I never found the right formula to use Swarm Host to the point where I loved it but I imagine I just need more time with the unit.

Heart of the Swarm doesn't seem to add any new structures or change any of the other multi-player game mechanics that I noticed.

Looking forward to talking more about the single-player of Heart of the Swarm when the game is launched in March. Speaking of, are you planning on picking up this expansion?

Pre-Order the Game on Amazon and get early Access to the Beta:
http://goo.gl/6uCOl