By AdamPFarnsworth on 09/22/2014
General Discussion 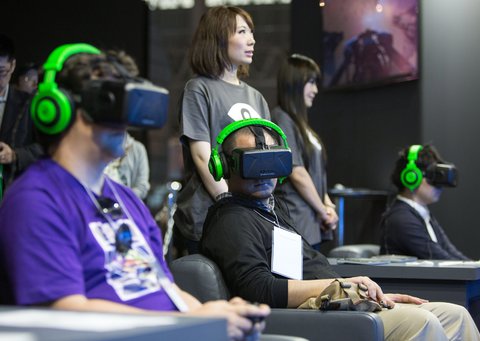 It looks like the Oculus is getting closer and closer to being released. There's a lot in this article, so I won't copy and paste much of it.

I'm not sure if I'm thrilled with the thought of buying a VR headset from a company like FB, but really all corporations are going to be the same. Watching your habits and trying to make money off you.

That said, it would be awesome to have a Cheerful Ghost Virtual Hangout!

Is it just me, or does the Oculus logo seem kind of creepy...

I agree with much of your sentiment, I don't like a few companies controlling most of the relevant tech. That said, for some reason, Facebook owning Oculus doesn't bug me that much. I imagine they will collect all our data to sell to aliens, but whatever.

That said, a Cheerful Ghost virtual hangout would be awesome. Might change how the Roundtables go, might just do that instead where we can just chat it up with everyone twice a month.