By GregoPeck on 12/06/2014   Super Member
General Discussion
Hello, my fellow Cheerful Ghosts. Jon and I have had a couple of discussions in private messages about ideas to increase our membership. While we're both at a loss for ideas, I suggested that we ask our fellow Cheerful Ghosts what they you. So, do you have any ideas?

This discussion came after my comment on the "25 Invisible Benefits of Gaming While Male" video. I had said that I wish there were more females here. He commented and asked me to PM him if I had any ideas on how to do so. Although our main contributors are primarily males, I try to write my posts keeping in mind that males and females alike may read them. Hence, I don't usually say something like, "you guys."

Pretty much the main thing I thought of was if every member here promoted the site every where we could. I also mentioned that it'd be cool if I could add something like "Cheerful Ghost contributor" to my employment section on Facebook. Even though I'm not employed by Cheerful Ghost, you can add volunteer positions there as I noticed when I added being an Assistant Den Leader for Boy Scouts. However, Cheerful Ghost doesn't have a Facebook page, so that might not work so well. Which leads to my second point of this post.

Some time ago, I mentioned to Jon that I think a Cheerful Ghost Facebook page would be cool. He brought up a great point in that he'd like to keep our discussions on here instead of on Facebook. However, he says he's more open to that option now. As I said, I think he made a great point. However, if we had a Facebook page, we could supply links to our posts on here and people could "like" and follow along on the site. It could increase our membership.

So, what are your thoughts on this? What do you think we could do to increase our membership? Jon and I both agree that we would like to see this awesome site thrive. While we're not dead, I think more members here could lead to more discussion and even more fun when we all decide to play games together. What do you think about a Cheerful Ghost Facebook page?

Please feel free to post your thoughts here or send me or Jon a private message, if you wish. Thank you all for your contribution. While I've only been a member for about a year now, Cheerful Ghost is definitely one of my favorite websites and I visit the page very often. I've been so happy with my membership, impressed by the content here, and glad that I've even made some new friends.

One problem may be that the gamer forum space is well stocked. Seems to me that what would be important would what sets Cheerful Ghost apart from the rest. What is the 'vide' you want for the site and how can people that are looking for such a place find this site?

Personally I don't have a huge amount of time to spend on forums these days. Same goes for gaming, sadly. Is it possible to appeal to both hard core and casual gamers?

I seem to be coming up with more questions than answers. Sorry about that. I know a couple gamers that I can mention Cheerful Ghost to. Not sure how interested they might be, but I figure hearing about it from someone they know ought to count for something. 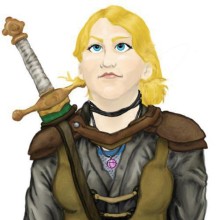 "One problem may be that the gamer forum space is well stocked. Seems to me that what would be important would what sets Cheerful Ghost apart from the rest. What is the 'vide' you want for the site and how can people that are looking for such a place find this site? " <-Agreed!

Maybe market more on why people should come here and get some awesome experience or community engagement that they won't get anywhere else.

Thanks for posting this Greg, I haven't commented yet and I am WAY overdue

I think the main reasons why the site isn't growing as much as we'd like is because there are a ton of game sites out there and like Ninjanewbie states, we need to figure out how to set ourselves apart. Whereas I think what Cheerful Ghost does differently is fairly apparent most gamers don't know the site exists.

That said a few things that might not be entirely obvious:

1. We are getting a TON more traffic that we ever have. This is due to us having so much content that people want to find. Lots of stuff we write about on the site people love searching for, so we get tons of hits on that.

2. We have lots more viewers than people that partake in the discussion. Like it's a pretty huge number of viewers to people that comment or post.

3. Cheerful Ghost doesn't focus on click bait or Triple A game reviews. These things are really popular and get lots of clicks but not something any of us are particularly interested in writing about.

If you look at the Indie gaming site landscape, Cheerful Ghost has a lot of discussion for how big we are. Since I have been sending out press kits for Starship Rubicon I have seen a wide array of Video Game Sites. Many sites way more popular than us have absolutely no discussion on anything. They get lots of viewers but nearly no discussion. So really, for where we are at we are doing pretty well in that we love talking about stuff.

We've been a site now for over 2 years and I think over time we will find a bigger audience by sticking around doing our thing with our own style. Whereas we will never compete with sites like Reddit or Giantbomb I am not sure i'd like to be that big anyway(if it happened I wouldn't fight it but I like where we are). I find it nice to get to know everyone on the site and if we tripled our active users that would get much more difficult.

That said, I imagine we will keep growing as the numbers for our site viewers keep growing with no signs of slowing down. That said it might not be obvious because most of that traffic doesn't result in new people coming to the table(though some do).

And if it's any consolation we are getting TONS of SPAM accounts from Africa creating accounts to advertise various junk. So you know, yay for that I suppose

Thank you all for commenting. I had hoped some of our other frequent members would have something to say as well.

Thanks for pointing out those things, Jon. Setting ourselves apart from other game sites is a bit tricky. What makes us different could be our numbers, content, and users. Personally, I see us as a bit of a small group of friends that like to write about gaming and other topics. Personally, I'm also glad to have a site with a group of friends that I can use to write and read about video games and other topics. You, Jon, may be the only one aware of the traffic this site gets, so it's cool to see some positive things about it. It's also cool that you see SPAM accounts in a positive way as well.

I think we do quite a bit of discussing non "Triple A" games. I'm really not aware of any of the gaming sites you mentioned, except for Reddit, which I hardly even looked at. Still, I think our non "Triple A" game discussion is one thing that probably sets us apart and perhaps helps us generate traffic as perhaps some of those games might not get as much attention.

Gratz, Mr. Dodson on the traffic so far. It has been the right way. I commend you for that. I know you and I have talked about this privately before, but you really should have a Twitch channel. Early "site that has a robot" had a channel that was completely community-based and we all knew that until they decided that everything on the site or having anything to do with the site should make money. They lost sight of providing and caring for their community. If this place has anything, it is community. I think you could easily fill that void and get more people in here, however, that means more moderation and such. I get on to Twitch to hang out with streamers that I personally like, I'm sure other people would love to hang out with some of the gamers here.

That's a great idea Missle, it's just that I don't have time to manage something like that. I wouldn't mind someone doing it for Cheerful Ghost at some point. That said, with the site itself, publishing and Cheerful Ghost roundtable I don't have the spare cycles for the time it would take to make a Twitch channel awesome. Good idea though.

A Twitch channel is a good idea. I've wanted to do something like that, but I simply don't have the resources to stream, at the moment. I think at some point we also tossed around the idea of having questions come in to the Roundtable discussions that we have. I think interactions along those lines would be a way to open ourselves up a bit.

I know I've been absent for a while now, and I apologize for that. My life is chaos in flux at the moment. I'll try harder!