PC Vs. Console Games: Which Is Superior? 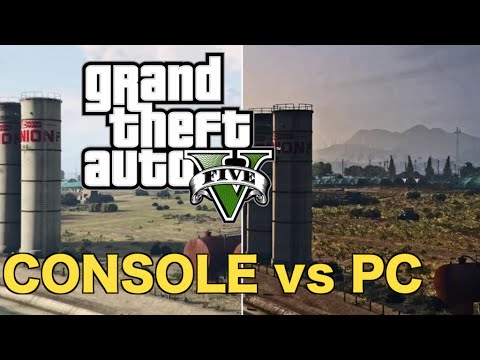 I was just recently thinking about which is superior, between PC and console games. I guess this mostly stems from playing PC games and running into multiple bugs or issues. However, console games aren't immune to these issues. Long ago, in the early life of video games, consoles didn't receive patches for issues, but now they do.

One of the problems with PC games is that there is a huge variety of hardware that these games are supposed to run on and therefore support. So, one PC gamer may not see the same issues as another, perhaps because they have better hardware. Consoles, on the other hand, don't have this issue. So, I think that makes consoles a bit better and easier to support.

I daresay that PC gaming is a bit more expensive because PCs usually cost a lot more than a console. However, we can also clearly see that some games shine much better on a PC than a console (look at GTAV, for instance).

So, what do you think? Which platform is truly superior? Which do you prefer to play, console or PC games?

PC gaming is way cheaper unless you build a monster like yours. Steam sales, man. $500-600 can get you a PC that can play near anything that will come out for years, and usually with better graphics unless it's a shoddy port, and then the games are *really* cheap if you do it right.

But as for which is superior? Vim or emacs, KDE or Gnome, Xbox or Playstation, Consoles or PC, this is a debate with no end.

> PC gaming is way cheaper unless you build a monster like yours.

In defense of Greg's PC, because it can't defend itself. For luxury PC's it might be that they get a longer life out of them than a lesser buy. So if the PC lasts a long time, it might pan out.

But like you say the real different is in cost of games and that's all true. Plus there are just a lot more choices on PC as it is an open platform. That said, I don't knock people either way and I think anymore I look at it more like, "where am I going to play a game." I play Hearthstone on my PC & Phone. I can also cast it to my TV in the living room. I think we are moving to a future where it's not the system you play the game on but the location.

Yeah, that's true. Steam sales do make PC gaming cheaper. That PC range you gave is just a little more expensive than the latest consoles. Good PC ports do seem to get "better graphics," but if your PC sucks, then you're going to have to change some graphical settings to get it to run smoothly. I'd say PCs also typically have more processes running while gaming than consoles, too.

Oh Vim, the memories! I seem to recall playing around with Vim more than emacs. But yes, I agree that this is a debate with no end. I think one can easily make the case for both PC and console gaming depending on the game and PC or console.

"I'd say PCs also typically have more processes running while gaming than consoles, too."

That's true, BUT they also have more horsepower out of the box. Since consoles are built to do one thing at a time, they don't have to have top-of-the-line CPUs. The CPUs in both current consoles are not stellar, because they don't need to be. And RAM is so cheap you can have a bunch of stuff taking it up without ever noticing it. Background processes that aren't doing much don't cause a CPU hit, but they do cause a RAM hit, though as mentioned before that's negligible. I have 16 gigs of ram in my rig and even while gaming I'm not touching even half of it.

My argument used to be "consoles just work, whereas computers need tweaking."

Unfortunately, now that all consoles are online, this is no longer true. It used to be that a game had to launch "whole" or it was just considered a bad game. There was no patch to fix ET.

@Adam, Also with things like Steam handling dependency installation for you, it's rare to have to tweak anything except to get better graphics. Shockingly, that's generally the case for Mac and Linux as well.

As for games working out of the box, if you aren't on an old PC they do tend to just work, but that's the same for consoles. It's just easier to target that with consoles since you don't have replaceable parts. In order to play shiny new PC games, you MIGHT have to upgrade or buy a new PC, but in order to play shiny new console games, you DEFINITELY have to buy a new console.

Your point about the "consoles just work" being an old argument is definitely true: The Bethesda games from last gen (Oblivion, Skyrim, Fallout 3, Fallout New Vegas) didn't "just work" on PS3, even after tons of patches, they were horribly broken in many ways, at least to some degree. Bayonetta on PS3 suffered some major framerate issues and ludicrous loading times. Half-Life 2 stuttered in the later levels on PS3 to the point where it was unplayable for some (I got hit with that, Jon didn't). TF2 on consoles never got content updates, GTAV on last gen is no longer getting content updates for GTA Online, even though last gen is when it launched.

I'm mostly mentioning PS3 here, but that's because people targeted the 360 and ported to PS3, leading to some crappy ports. Crappy ports exist for PC, but generally not game-breaking ones. Arkham Knight being the notable, recent exception.

You're definitely right that consoles used to be the easy way, but that's no longer the case.

It seems to me that games on the older, original consoles didn't have as many issues as the games on current consoles (including PC). It makes me wonder what changed to make that happen. Do you guys feel the same way, too? If so, what do you think was the change that made today's games much more buggy than the older ones?

I also wanted to mention that yes, you can perhaps buy a decent gaming PC in the price range Travis stated. However, my experience with GTAV on my "luxury" PC makes me not recommend the game unless you also have a "luxury" PC. That game made me doubt the power of my PC. I was, however, able to get it to run better by changing some settings. I do wonder how Fallout 4 will perform on my PC.

"It seems to me that games on the older, original consoles didn't have as many issues as the games on current consoles (including PC). It makes me wonder what changed to make that happen. Do you guys feel the same way, too? If so, what do you think was the change that made today's games much more buggy than the older ones?"

It's absolutely universally true. I think it's just because of complexity, for the most part.

Complexity and also I would suspect a "we need to ship now, we can patch it later" mentality, now that all consoles are online.

Yeah, you could ship an old game with a single developer. The games are pretty complicated and require legions of developers and a ton of money. If we continued to just ship mario, then yeah sure that's easier. And some do as seen with Indie games and sometimes, the bug count is much lower.

Yeah, I think perhaps it's due to a variety of complexities. Games are much more demanding than they were way back then. Video game technology has vastly improved. So yeah, those old games were a lot simpler than modern day games. I think back then, perhaps developers had to try to find ways to deal with hardware limitations. I think now developers are still pushing the edge, but perhaps aren't as limited.

I also wonder if the fact that there are now three major console developers has anything to do with it. I mean, yeah, we did agree that porting one game from one console to another or to PC doesn't always turn out well.

I agree with what Adam describes as the developer mentality today. Many years ago, they weren't able to patch games, so perhaps they spent a lot more time with quality assurance.