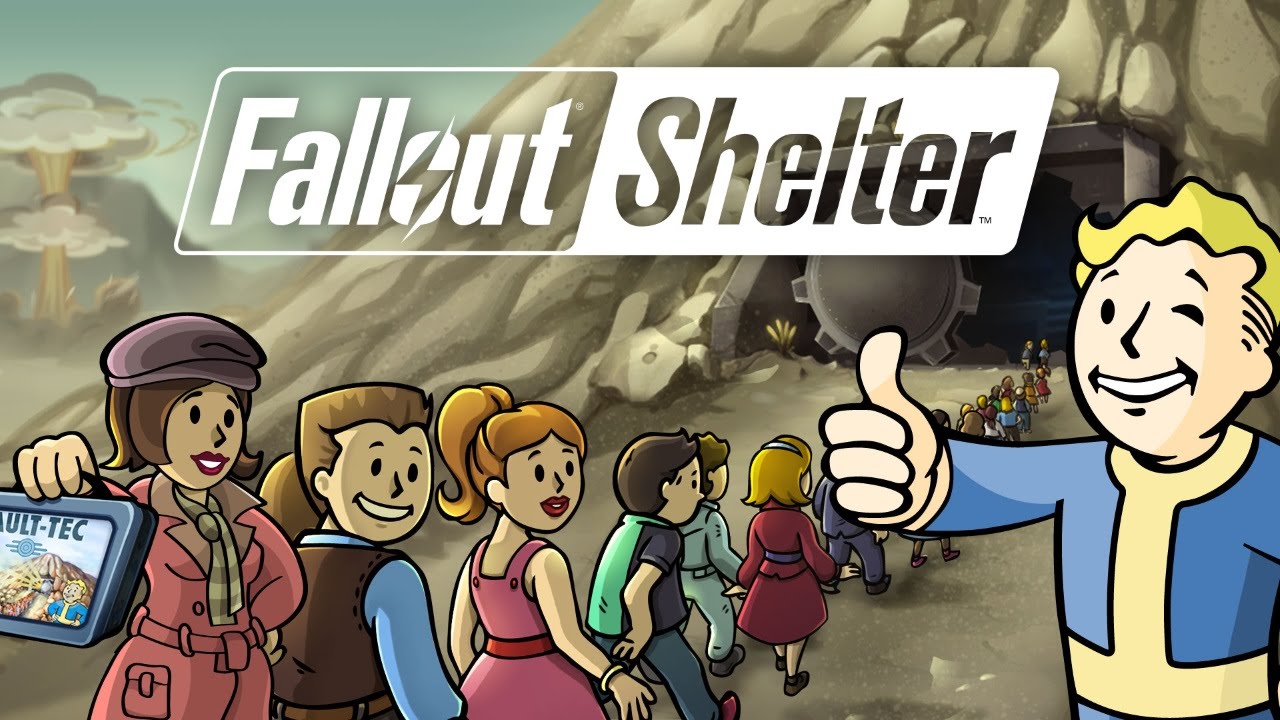 Fallout Shelter just arrived on Steam! This summer I tried the PC version of the game that you can get with the Bethesda launcher. I had forgotten about it, but one of my friends was playing it on his smartphone and I thought I'd try it on that platform, too. After a little bit of playing the mobile version, I prefer the PC version, because the text on the screen is too small. I figured I'd check in on the vault I created this summer. I thought about adding it to my Steam library (as a non-Steam game), but it looks like it just arrived on Steam.

I haven't spent much time with it, but it does seem fun and it's free, which is a combination that can hardly be ignored.

What are your thoughts on the game? Which platforms have you played it on and are you going to pick up your free copy on Steam?

If I play it on PC I'll install it on Steam for sure. With that, I think that Fallout Shelter is really best served on a mobile device. The gameplay is suited to not having it running all the time because you have to wait often BUT the new updates make this less of an issue because of the Quest system. With that, I think brining this to Steam will open it up to a ton more users and it's interesting that Bethesda starts a game on the Bethesda client and then now puts it on Steam. I wonder if Elder Scrolls Legends will eventually come to Steam too?

Yeah, I think agree with you regarding mobile gameplay. I only took issue with it because my (Android) screen is so small. It'd be great if you could increase the font size of the game's text. I'd like to see a Kindle Fire version of this, I think it would make a great game for a tablet (bigger screen, bigger text).

I, too, wonder if ESL will come to Steam as well. I'd say now that that's certainly a possibility. However, from what I've seen, it seems that this game is very popular. It's not just on Android or PC, but it's also on IOS and Xbox. I think that not only increases its popularity through wide platform availability, but also if it wasn't popular, it wouldn't be out on so many platforms. That said, I'm not sure if ESL is as popular or will be and that may determine if it comes to other platforms. That's just my thought on it.

> It's not just on Android or PC, but it's also on IOS and Xbox.

It looks like ESL is on its way to more platforms as well.

I've been spending more time playing this on my phone and on Steam. I still prefer the PC version, because it's bigger and I can use my mouse. The touch controls don't always work so well, sometimes I touch a button and it thinks I'm touching something else. Sometimes I'm trying to scroll around and I accidentally pick up my dwellers (mobile version). I've restarted my vault a few times and I finally have a good thing going with good progress. I'm liking it. It does make me wish my phone had a much bigger screen. One of my daily objectives is to find the Mysterious Stranger 6 times. He's showed up, but the screen is so small I haven't been able to locate him, not even once.

Locating the Mysterious Stranger can be hard for sure but I have an iPhone 6S plus which has a big screen.

I hope Fallout Shelter comes to Mac on Steam!

I've been focusing more on Fallout Shelter on Steam, since I finished (and loved) Dragon Age: Inquisition. Really, I should probably do a proper review of it. I've been enjoying it, but I've only clocked 33 hours on Steam. I currently have about 170 dwellers, 200 is the max. I have a bunch of dwellers just walking around, because everyone one of my rooms is full. Since I have unlocked all the rooms, I am using the ones that give more resources. I have two Nuclear Reactors, three Gardens, and at least two Water Purification rooms. I also have the bottling room, which gives food and drink resources.

I think it is a fun game and it doesn't take too much time to progress. Some things take time and you can step away from the game for a while until things are ready. It's not something you have to give full attention, it's something you can pick up and play for a few minutes, set it down, and pick it back up hours later.

It's kind of a surprise that this is a free game, granted you can spend money on in-game stuff. I really like it more than I expected to. I love the references to Fallout games, including music. It makes me want to play more Fallout.

I think you should write more about your vault and take a screenshot or a few to show it off. While on vacation recently out of the country I loaded up Fallout Shelter on my phone and started a new vault and I'm further than I've gone before. The addition of quests really changes things up for the better and I currently have 36 dwellers in my vault.