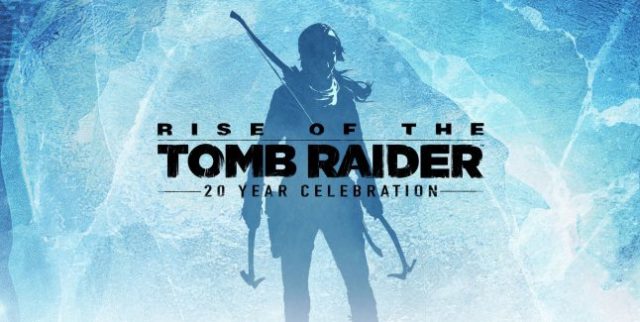 The Rise of the Tomb Raider's 20th anniversary has gone live! It's available in multiple forms. You can buy the 20th Anniversary edition, you can be a Season Pass holder, or you can buy it individually. Not only does it include skins from previous Tomb Raider titles, but it includes new Co-op modes, a new "Lara's Nightmare" mode, as well as a single-player story that takes place after the events of the primary game.

The single player story takes place in Croft Manor, and instead of combat, it's focus is on Lara re-discovering her family home and trying to save it from falling into the hands of her uncle. Lara will rediscover her childhood, remember her father and mother, and even learn of secrets hidden away in the bowels of the manor.

Lara's Nightmare takes place in the manor as well, and is similar to the Cold Darkness Awakened game mode, in which Lara fights infected in her nightmare inside the manor.

On top of all of this, if you play any version of Rise of the Tomb Raider by the 18th of October, you'll be able to go to the in-game marketplace, head over to "Gifts" and get 100,000 in-game credits, just for playing during the 20th Anniversary Celebration week!

So dust off your copies, grab a friend and take on Rise of the Tomb Raider's game modes together!

Pretty cool deal! I never did finish the reboot, so I probably won't be picking this up just yet. What was the other Tomb Raider game that had gameplay in Croft Manor? Was it Legend? I remember that being a cool thing, running around the manor, solving puzzles, etc. Would be cool to experience that again in the newer stylings.