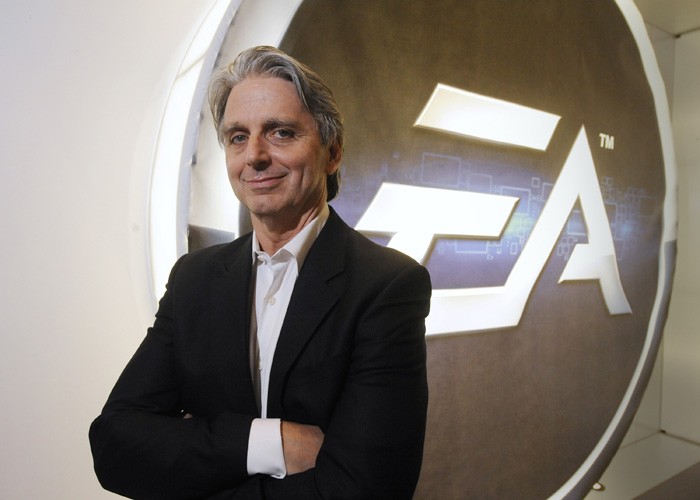 EA CEO John Riccitello has announced he's stepping down at the end of March. The one reason most sources agree upon is loss of revenue, but others mention botched product launches, so I can't help but wonder if the Sim City launch has anything to do with it. Losing revenue is par for the course these days, with competition from mobile games rising, but that much loss of face may be something they can't let slide.

EA used to be the bad guys of gaming, then Activision kinda took that role for a while, but over the past few years it seems EA has been trying to get that title back. Requiring one-use codes to enable multiplayer on their games, requiring you to give them more money if you bought the game used, the Origin service and some of the horrible experiences that have come out of that, the list goes on.

Here's hoping the new CEO that comes in can turn things around for them.

Hopefully this will change the way they look at gamers to actually people instead of walking money bags. If they honestly changed their ethic to producing games they could become a favorite to me. They could start by not releasing day 1 dlc.

Day 1 DLC can be good if it's done for the right reasons. After the game is done you have a while to wait before it hits stores, and even before completion there are some teams who won't be working on bug fixes. So it can make sense that there might be some DLC completed in time for release date.

What I hate, though, is when the day 1 DLC is just a few k in size. You can tell the content is already on the disc and you're just paying for an unlock.

I don't expect things to change any time soon. The micro-charge-you-till-you-die approach from mobile gaming seems to be bleeding into all other gaming. Large studios have stopped taking chances on new IP and are content to regurgitate the same 4 titles ad nauseum.

Good thing indies are making awesome stuff. Plus they all seem to be doing cross platform, which is awesome.