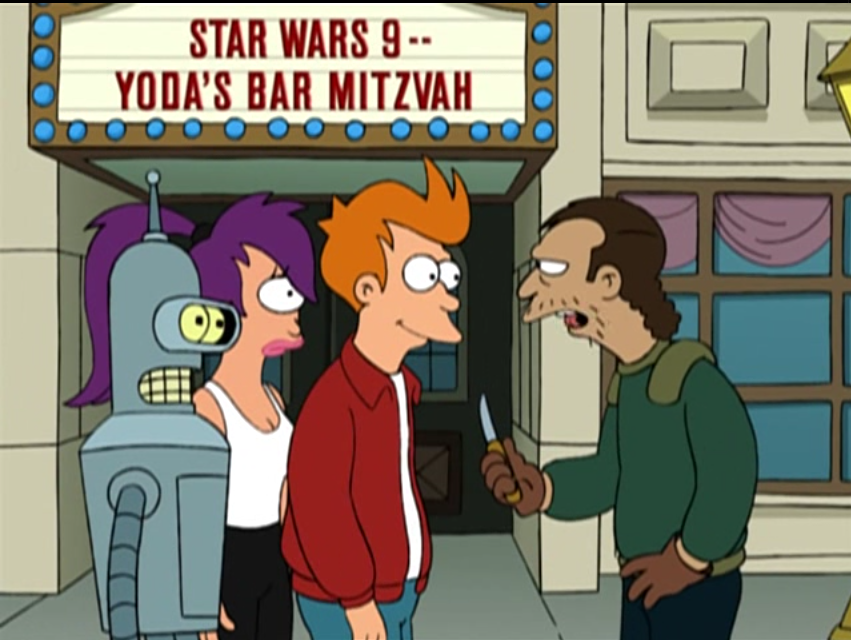 Disney and Lucasfilm have announced the release date for the conclusion to the sequel trilogy: May 24, 2019.

This means a bit less waiting than if they'd kept the holiday release schedule, but I have to admit, after the past two movies December just feels like Star Wars season to me, and I'll miss that a little.

Not enough to make me wish it was coming out 7 months later, though :D

In addition, the fifth Indiana Jones movie will be coming out July 10, 2020. Here's hoping the new Indy movies get the same treatment as Star Wars.

I liked the holiday release dates.

I did too but at least we now get new Star Wars faster?

Is that a good thing? Will it become oversaturated? As long as the stories are good, it is a good thing.

Marvel keeps putting out movies people want to see I think LucasFilm can do similarly but they keep trying to mine past films with the anthology movies.

I guess my point with the anthology films like Rogue One and the upcoming Han Solo movie is that those films are based on the original trilogy. The OT is incredible but I wonder how much longer we can keep mining the OT? I guess if the movies are good then it might not be a problem but I hope the new Force Awakens, Last Jedi and SW9 can create a larger universe with characters that go in different directions.

I don't think it's a problem (at least until I see the Han Solo movie) because I'm not sure if I'd call the Han Solo movie "based on" the OT. At least not necessarily. It's a character's origin who originated in the OT, but at the same time the prequels were based on the OT because it was Anakin's and Obi Wan's origin. Everything expands the same universe and it seems like we're getting some decent gaps filled.

Rogue One leads straight into Episode IV, so your point definitely stands on that one, but the Han movie doesn't seem (from what we know now) to tie into it that closely. It seems like it'll help bridge the gap between the two complete trilogies we have so far.

With the Sequel Trilogy still incomplete I doubt we get anything filling the gaps between Jedi and TFA for a while, but I'm definitely looking forward to getting some when they come.

And what I'm kinda hoping is that we don't get a core series movie for a while after episode IX. Let it stew for at least 7 or 8 years. Because at that point, with three complete trilogies and an overall arch that we don't entirely get yet, there will be some amazing things to branch off from.

To make that clearer-- they're obviously based on the OT, but not based on them in the sense that they would have to be limited by them in any way. Rogue One was *heavily* based on the OT and had an equation it had to solve. Or rather, it had the solution and had to write the equation. There were bits that had to end a certain way. But these other one don't need to. It's a big-ass galaxy!

If there's one thing the abandoned Extended Universe of Star Wars has taught us, it's that there's basically an unlimited amount of content that can tie into the OT. As long as it doesn't feel derivative or stale we'll be solid, and with Kathleen and Pablo I doubt that's a concern.