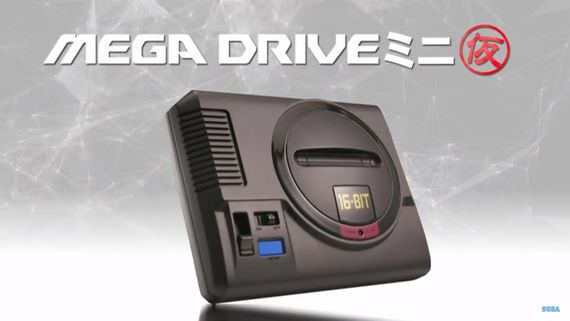 No doubt capitalizing on the massive popularity of the NES Classic and SNES Classic, Sega will be releasing their own famous home console, the Megadrive or Genesis depending on which part of the world you lived in during the 16-bit era.

Details are sparse at the moment, but the retro revival is still strong. I grew up with a Genesis because SEGA DOES WHAT NINTENDON'T amirite? So I'm super excited about this, because unlike some of my other classic systems, my Genesis is a little flaky, and maybe this new mini-Genesis will come with some of the games I drooled over as a kid but never got to play.

It's important to note, however, that this hasn't been announced outside of Japan yet, so it's possible that we won't see it in the west, but that would be surprising.

Don't confuse this with the unofficial Sega Genesis Flashback. China's AtGames released this a couple years back, but it was not first-party and had no shortage of issues. Here's hoping the official version will be much better.
https://www.kotaku.com.au/2017/06/dont-buy-that-classic-sega-mega-drive-just-yet/

I hope this is awesome. My friends got the flash back and that would have been cool except the input lag was terrible so they returned it. I hope this is incredible and if so, I’ll buy one. These mini systems can be really great if done well.

I noticed in the CNet link that this is only going to be available in Japan, "for now."

I bought the Flashback, but haven't really messed with it. I do have the Megadrive & Genesis collection on Steam, although it doesn't include every game I'd like to see.

Yeah I mentioned that in the post so that it wouldn't get people's hopes up yet, but I would be shocked if it stays in Japan.

I'm sorry, I overlooked it.

No worries, it definitely bears repeating!