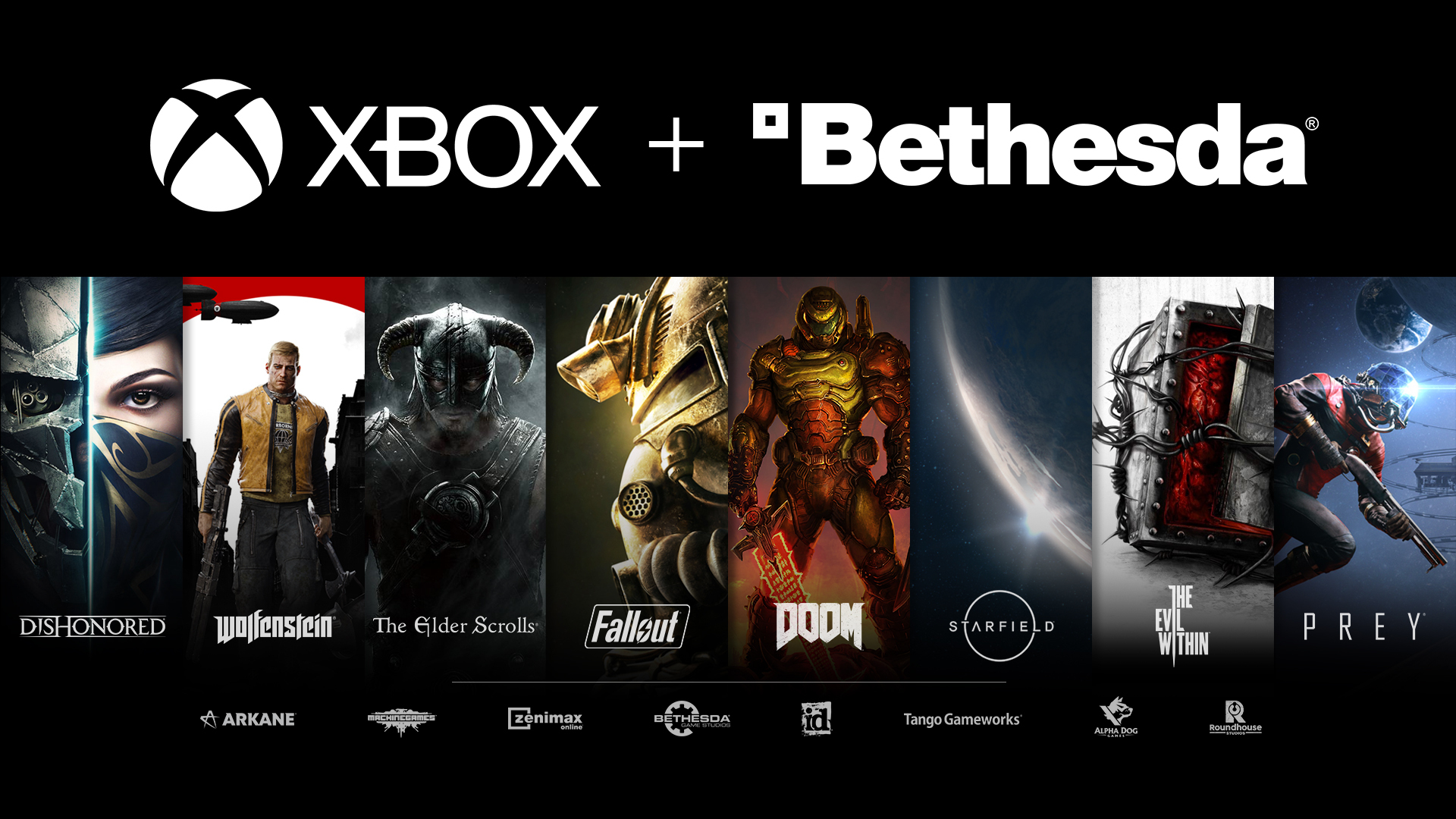 In what may be the biggest gaming deal ever, Microsoft has purchased Zenimax for $7.5 Billion. That's almost twice what Disney paid for Star Wars, just to put that in perspective.

This gives Microsoft a huge swath of exclusives going forward. While they've said they're excited to bring these games to Xbox and PC, they haven't specifically said that new games from these studios won't come to PS5, but it's very doubtful they'd pay $7.5 billion and keep making games for their competitors. While they're now ironically publishing a few timed Sony exclusives, it's a fairly safe assumption that when the Elder Scrolls 6 finally releases, for example, it'll be Xbox and PC exclusive. In, y'know, 2035.

I really only want to play most of the games that this acquisition affects on PC, so this isn't a huge hit for me, but this definitely cuts into the argument that Sony has the best exclusives. Right now, they definitely do, but give it a couple years and things will change.

What's most surprising about all of this honestly, is that it didn't leak. Nobody was talking about this at all.

* Everyone with Game Pass should be elated by this news. So much more value here.

* Microsoft still could release games in a standard way on Playstation and if they kept Beth games to Game Pass streaming/sub exclusively that might be worth this deal entirely. This seems like a Game Pass play to me but I could be wrong.

* If Bethesda _NEEDED_ to be purchased, and I'm not sure it did, I'd prefer Microsoft due to it's focus on PC games and Steam lately. At some point new Beth games might be exclusives but at least they will come out on PC? I'm not sure how exclusive they will be given what Microsoft has done with Mojang as an example.

* Microsoft bought Beth for 7.5 billion in cash. Just you know, had it in the couch cushions. Dear Euclid that's some couch!

* Does this mean John Carmack might be allowed to engage with iD Software again? I certainly hope so, he needs to be around in some form to talk about the classics.

* Will Microsoft focus on existing games IP or have Beth push for some new stuff? I love Beth but one note is they haven't dropped a ton of new IP lately and I think that might be good while they keep the hit train rolling.

Prediction: Microsoft will purchase Epic Games in one year or less.

"Does this mean John Carmack might be allowed to engage with iD Software again?"

(In)sane wish: Microsoft focuses iD Software and releases a Doom II.5 that is a follow up to Doom II in the old engine with some new modifications releasing an entirely new 3 chapter game Mega WAD.

Employed, yes. With that, he had a beef(suit) with Beth/Zenmax over VR. It's caused a rift and hasn't allowed him to be involved with classic iD games such as the recent Quake soundtrack re-release.

Another question for folks WITH Game Pass. Will you buy Beth games moving forward now that they are coming date and day to Game Pass?

"Future Bethesda games will be on Xbox, PC, and "other consoles on a case by case basis.""

I have Game Pass and I love Game Pass, and I am not elated. It's going to lead to less choice for the player which I'm never happy about.

I'm not sure I'll always keep a game pass subscription going. I may just renew it once in a while to play some games then let it lapse. So I imagine I'll buy new games I'm really into, especially since Bethesda games are not short.

And as I'm sure Will will agree-- physical is always better.

I'll get Game Pass when my physical backlog is 0

WRT Carmack: "I think Microsoft has been a good parent company for gaming IPs, and they don’t have a grudge against me, so maybe I will be able to re engage with some of my old titles."

> I'll get Game Pass when my physical backlog is 0

Hahahaha, so as soon as I get Game Pass then. 🤣

> I have Game Pass and I love Game Pass, and I am not elated. It's going to lead to less choice for the player which I'm never happy about.

That's a great point Travis, I suppose I was thinking about a particular user. So there is that $25 a month Series S that comes with Game Pass for two years and this news seems like great news for them.

My hope is that physical games go strong well into the era of services like Game Pass and game streaming. I mean, I own Doom 64 digitally on Switch and I'm still gonna get it from Limited Run this Thursday! ❤

Some have also said this is bad news for Sony and I suppose in the long term it could however I think this is abysmal news for Stadia. Why would Microsoft license anything to Stadia at all moving forward? The more companies like Sony and Microsoft buy up studios is horrible news for upstart game streamers. Odd to say Stadia is an upstart, but it is as it is relatively new and doesn't own any game IP I'm aware of.

I haven't heard a ton of great stuff out of Stadia. And with Game Pass (especially the 25 a month series S financing with Game Pass) there's not a ton of reason to pay for the 4k Stadia. Game Pass is closer to a Netflix for Gaming than Stadia, and with Stadia you never own anything really and are dependent on a constant internet connection.

So in short yeah I agree.

Thinking more about how it affects me personally, none. Except perhaps that Zenimax under Microsoft will be run a bit more... eh... nicely? I love Bethesda's games but the corporate side of things has gotten some reasonable criticism. MS could be better or worse here and I wouldn't be surprised with either.

In an unrelated yet related thought. I’ve been hearing rumbles of a 4K Switch, which is welcomed news. That said I hope Nintendo always has a physical card option in each of its consoles. Physical Switch ownership on that platform is incredible and could be one way to differentiate as Sony & Microsoft move to a digital only world.

I read that MS CEO said they plan on leaving Zen/Beth alone. There are a couple articles on www.gamefaqs.com if you want to look (it's where I get my daily gaming news and vote in the poll).

As for the 4K Switch, I seem to recall reading or hearing about the possibility of a new Switch model coming out some time, though I'm not sure of the source. Honestly, the Switch is the only console I care about. Though keep in mind I'm not considering PC to be a "console," because it's not functionally exclusive to gaming and video streaming, etc.

So, I'm pretty much strictly a PC/Steam player and I don't really have much of a reaction to this news (MS & Zen), because I don't believe it's going to affect me, at least not very much or in a negative way. Here's hoping that MS provides Zen/Beth w/ a decent Quality Assurance team! I know MS is a software giant, but I've always viewed MS favorably. I loved every new version of Windows as I saw it improve over the years and I'm pretty happy w/ Win10.

Oh, I don't think MS did much to Mojang/Minecraft. You can get the Win10 version of Minecraft, which is the same as the current console versions, but you can also get the Java edition. There are significant differences such as performance and the fact that Java is the one for mods. Yes, there is still a Mojang launcher, though mine only has Minecraft (Java) and Minecraft Dungeons (which I think I pre-ordered via the MS Store).