gogonlinux: Games from GOG in Linux made easier 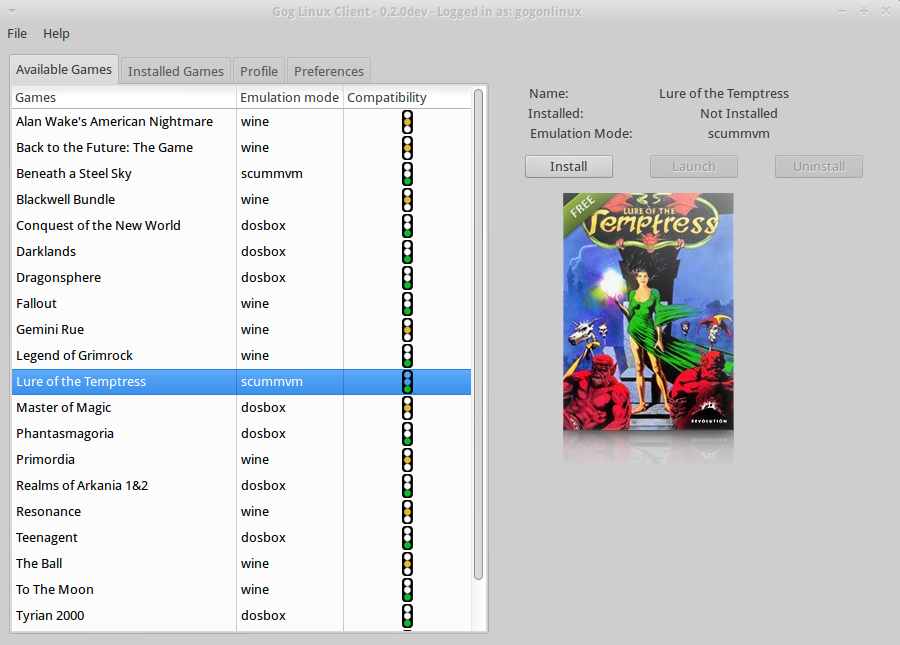 A community of GOG fans has released the first beta of gogonlinux, a tool to make playing your GOG games easier in Linux.

Installing it requires a few steps (you can read up on them on the "Getting Started" page) but using the software seems straight-forward. Just log into your GOG account, and it handles downloading and installing the games for you.

There are currently only a few games present. It isn't currently using Linux ports, but things like Wine, Dosbox, and Scummvm to run games with the most compatible configuration.

Hopefully with Steam's Linux client looking toward release, and Desura's presence for some time now, GOG will do something official for Linux soon. They recently started a Mac section, and this project combined with other providers supporting Linux shows that the demand is there. Until then, though, this is another tool for your Linux gaming arsenal.

This is pretty interesting. Some publishers will more than likely never port a game to Linux so getting it to run with Wine, Scummvm or Dosbox is a good path. Lest some games be lost to us.

Agreed. Many argue that people using Wine to successfully run games on Linux only prevents developers from releasing Linux versions of their games, but I disagree. I think getting more people playing on Linux will show the demand.