The new Xbox is going to be EPIC, people!

By Travis on 01/24/2013   Admin
General Discussion
Cheerful Ghost has received an insider tip from an anonymous Microsoft employee with some new info about Redmond’s next console offering. According to our insider leak Microsoft is working on a new console called “Xbox.” While this may lead to some confusion considering it shares a name with Microsoft’s first console, it makes sense as a brand, as you’ll see below, with the plans Microsoft has for it.

Xbox is not only going to be a console but a platform for future gaming devices, such as the X Surface. This will be a new gaming tablet, not running on standard Windows 8 or RT, but on a new gaming focused OS that has the familiar Metro interface, but powerful enough for console-level games. This will allow for more incremental upgrades as new X devices are released, making the Xbox a hub for all your gaming hardware.

“Microsoft is really pulling out all the stops and this console will be its biggest release to date” our source went on the record to say. “The Xbox will allow you to play games, listen to music and do what you love so much better than anything that came before it.” And with a CPU spec increase of 3X it leaves little to the imagination that this will be something special.

I’m sure consumers will jump at the chance to buy new devices year after year to play all the games coming out, and this is a perfectly reasonable choice for Microsoft after their tablets and Windows 8 have been so poorly received. And the confusing naming convention seems like a bad idea on the surface (no pun intended), but I’m sure Microsoft knows what they’re doing!

We will keep checking in for more in the coming days where we will report everything that gets sent to our inboxes, totally raw and unfiltered-- we don’t worry about little things like vetting our sources! Want to share some info about the new PS4 that has the processing power of IBM’s Watson supercomputer and is controlled exclusively with Donkey Kong Jungle Beat bongos? We’re ready to believe you!

Looking forward to it being able to play music! 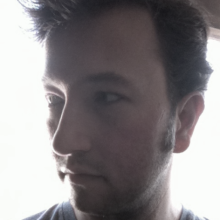 Aaaaactually, this disappoints me. IMO the benefit of consoles in the past has been their focus. There's been a little deviation in the last generation in the form of their respective network offerings, with expanded media options, but their main focus hasn't deviated from being a game console. To hear "Xbox is not only going to be a console" sends shivers up my spine. It sounds like the business/enterprise side of MS is starting to infect the gaming division. I liked it better when they were separate.

David, please pay close attention to the last two paragraphs and read the source at the bottom of the page. I think you may have missed some important bits.

And congrats again, btw! Very happy for you.

Don't worry D_W, I was fooled too, just didn't want to admit it lol