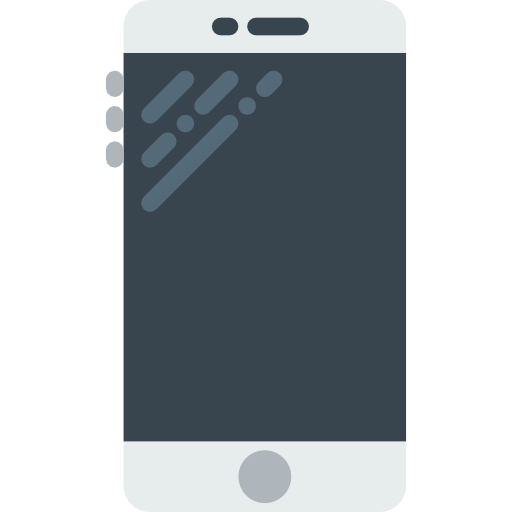 Those Lovable Angry Birds Are Back With All New Self Directed Anger!

By jdodson on 08/04/2015   Admin
Angry Birds 2
Angry Birds 2 dropped a few days ago and I happily downloaded it, because, who doesn't like Angry Birds? It might be a bit simple sure, but it's fun to fling birds at those pigs. Truth be told I was never a huge Angry Birds fan myself but I did play quite a bit of the original and Angry Birds Space(think Angry Birds meets Super Mario Galaxy). I also don't mind trying a mobile game if the price is right and in the case of Angry Birds 2, it's free.

First off, Angry Birds 2 starts out in the same way as the first game. The pigs steal the nests eggs and the birds want them back. Yup, same plot as before. I know Angry Birds isn't known for it's narrative but Rovio is... Read All Angry Birds 2 dropped a few days ago and I happily downloaded it, because, who doesn't like Angry Birds? It might be a bit simple sure, but it's fun to fling birds at those pigs. Truth be told I was never a huge Angry Birds fan myself but I did play quite a bit of the original and Angry Birds Space(think Angry Birds meets Super Mario Galaxy). I also don't mind trying a mobile game if the price is right and in the case of Angry Birds 2, it's free.

First off, Angry Birds 2 starts out in the same way as the first game. The pigs steal the nests eggs and the birds want them back. Yup, same plot as before. I know Angry Birds isn't known for it's narrative but Rovio is pulling a entry out of the Nintendo's tried and tested "absolutely do not change the narrative of any franchise" formula. So are you telling me that after the upset avians got the eggs back from the pigs that they learned absolutely nothing and let it happen again one dark and story night? Well yes, yes they are. Which is why I think I understand why the Angry Birds are so upset. The worst kind of anger can be directed at yourself and after seeing the pigs steal the eggs one more time the birds have to direct that rage at themselves. Fool me once? Angry Birds. Fool me twice? Angry Birds 2 - We Have Learned Nothing.

Besides the plot, which isn't that big of a deal in these kinds of games, is the gameplay. Rovio has turned the knob to 11 because they improve on the gameplay of the original Angry Birds in nearly every way. The destruction is more chaotic, the explosions are more fun and the sound effects and graphics are much more polished. The game feels like a triple A mobile effort and at every turn is very polished. I experienced no bugs playing it and found the user interface wasn't confusing or annoying. The massive effort that went into Angry Birds 2 shows, the gameplay is superb.

As I noted earlier, Angry Birds 2 is free. That said, Rovio still needs to pay to keep the lights on so they added a freemium system. You start out with 5 lives and they deplete as you fail to complete stages. Don't beat a stage with the birds you are given? Lose a life. This isn't a big deal in the starting zones but the difficulty ramps up and then you run out of lives. You can get more lives by waiting or by spending in game currency, which is in this case is gems. I felt this was a missed opportunity in that Rovio could have gone with pig bones as the in game currency. It seems much more fitting to spend the remains of the vanquished than gems as gems appear in nearly every mobile game and enemy parts have still yet to be used. The in game economy isn't bad if you don't mind waiting or shelling out money, but like many freemium mobile games you could be waiting a very long time. In the end the freemium nature of Angry Birds 2 didn't bother me as by the time my lives ran out I stopped playing(everbody wins). I am not sure how much i'll end of playing Angry Birds 2 but it's a solid effort and if you loved Angry Birds, you need to come back and get angry all over again.

Oh no, pay gates? Do you get an option to buy the game and not have them, or are they all microtransaction based? If it's the latter, this is an instant pass for me. I don't want to reward that behavior with a download counter increase on their stats. I don't mind if there's an option to get out of it by buying the game outright, which a few games have done, but that's just Candy Crushville all over again.

I noticed this elsewhere and read about it. I have all, or almost all, of the Angry Birds games on my Kindle. I bought some, but others are the free versions. One of the last times I played through and made it to the Halloween stuff, which was awesome. Then my Kindle died and was promptly stolen due to my accidentally leaving it setting at a dental office. I bought another, much better HDX later.

Anyway, thanks for your review. I may get it installed. I was afraid of how they changed the game play, but from what you said, it sounds much better. The lives thing kind of sucks, but I guess that makes it a game you can play for a bit and then wait a while before playing again (to replenish lives).

Travis: there is no buy out option, just crystals.

It doesn't seem like it's out for the Kindle yet...

Travis: they have the option for you to watch a 30 second video for another life. As annoying as that is. I guess they must make a ton more money on the freemium game than a for pay one.

Yeah, still. They weren't exactly losing money with the old model, where you could play for free with ads or buy it outright without them, and even providing tons of free updates for years on all their various games.

And many companies have had super success with selling cosmetic things or even helpful things that aren't necessary. Currency doublers, or hats, or any number of things people would really want to buy, without limiting your access to play the game. Halfbrick made tons of money on Jetpack Joyride from all those costumes. TF2 is the poster child of selling cosmetic items to keep income coming in. Guild Wars 2, while you have to pay for the game up-front, doesn't have a subscription because people refer to it as Fashion Wars 2 a lot. People will shell out to make their characters look nice, or buy access to convenience items that help but are by no means necessary.

Freemium doesn't have to be an evil model.

Not sure i'd call it evil. Annoying perhaps, but not evil. Not sure true evil is as easily vanquished as simply deleting an app

But more accurately: bad for the industry and players.