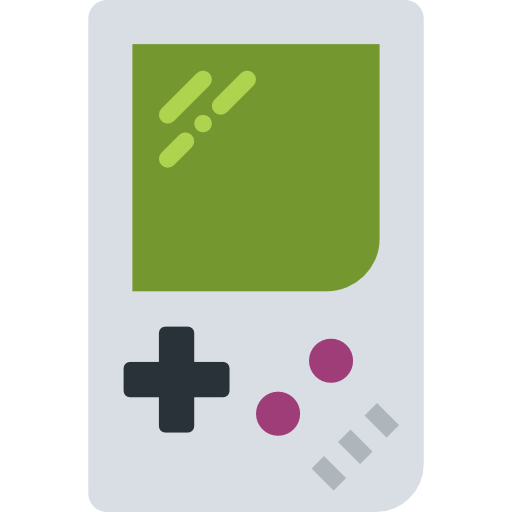 PS3 360 SNES GameGear MegaCD Genesis Sega GameBoy
🐉 Tale of the White Wyvern is an all new text based, high fantasy, sword and magic adventure mini-MMO that you can play with your friends! ⚔️

By AzureAzule on 02/20/2021   Super Member
Mortal Kombat
It looks as though the Mortal Kombat movie is getting a reboot and there's a new trailer for it. It looks better than the movie we got in 1995, but seeing as how that was nearly 20 years ago, that shouldn't be a surprise. I enjoyed that one (that theme song was awesome, I thought) and the follow up Annihilation we got two years later, but they were pretty "campy" (I guess that's the right term for it).

You may also be interested in seeing the reaction from New Rockstars: https://youtu.be/vnJI1pNt-Ys

Check it out and let me know what you think. Seeing this makes me want to play the games more, but I also remember how much they've kicked my ass. To me, MK is definitely a... Read All It looks as though the Mortal Kombat movie is getting a reboot and there's a new trailer for it. It looks better than the movie we got in 1995, but seeing as how that was nearly 20 years ago, that shouldn't be a surprise. I enjoyed that one (that theme song was awesome, I thought) and the follow up Annihilation we got two years later, but they were pretty "campy" (I guess that's the right term for it).

You may also be interested in seeing the reaction from New Rockstars: https://youtu.be/vnJI1pNt-Ys

Check it out and let me know what you think. Seeing this makes me want to play the games more, but I also remember how much they've kicked my ass. To me, MK is definitely a "rage quit" kind of game (or series).

There are also two animated films. One came out in '95 and another last year. I think I saw the latter, though at the moment I can't recall as I've watched a lot of things as of late.

This looks rad. HBO Max is going to kill it this year :)

Here's why (I almost said "Luke Cage") Johnny Cage isn't in the movie (not a spoiler, apparently his absence isn't something the movie will address, esp. because he's just not in it at all): https://www.gamespot.com/articles/johnny-cage-isnt-in-the-mortal-kombat-movie-heres-why/1100-6488897/

Scorpion's origin story revealed in first 13 minutes (warning spoilers for these minutes) along with a teaser trailer. I wouldn't call it a "major spoiler," but if you don't want the first scene spoiled and to know what happens to make Hanzo Hasashi Scorpion, then you should avoid this, but it's nice to note that the movie is sticking to MK lore): https://www.gamespot.com/articles/new-mortal-kombat-movie-teaser-reveals-scorpions-origin-story/1100-6488900/

The movie has been delayed a week to April 23rd.

I generally love delays, because it means they're working to make it as good as possible (at least that's what I tell myself. I hate being patient 😆)

I like to think of myself as a patient person, though I can think of many times I wasn't. However, in reply to you, Adam, I got the feeling from that article that this isn't about making the movie better, it appears to be more of a corporate decision with hopes that more theaters will be open, thus hopefully generating more revenue. Though, I'm not saying that's a bad idea, I know the movie industry was hit hard due to the pandemic. I saw Godzilla Vs. Kong tonight and I was pleasantly surprised that I was able to get a perfect seat at it's premiere without pre-ordering tickets. There weren't very many people there, though I live in a small rural area.

True, a week isn't a ton more time to fix something lol.

Yeah, it might not happen BUT the reason why I think they will hit this date is word on the street characters from Black Widow will be in an upcoming Marvel Show so they sort of have to drop it soon-like.

What show, Jon? Have you guys been watching WandaVision and The Falcon and The Winter Soldier? I have been and I LOVED WandaVision. I'd be happy to talk to you about it, we (or I) could create a post in the forums for us to talk about it (there I can also hide spoilers for others). Did you guys know that you can watch Black Widow (and some other movies) on Disney+, but you have to pay $30 for it, even if you're subscribed to the service? I think this is freaking (to put it nicely) ridiculous.

I would gladly pay $30 to watch Black Widow. That's not much more than I'd pay for a movie ticket, and I get to watch it from the comfort of my own house :)

I have Disney+, so I'll keep an eye out for it when it comes out! Thanks for the heads-up!

I'd gladly chat in a forum post about the Disney Marvel shows. WandaVision was amazing! So far Falcon and The Winter Soldier is only ok, but I'll keep watching it :)

See, for me, ticket prices are about $8 each (adult). I think a Blu-Ray might cost about $10-$30 (that is mostly an assumption along with a very brief look at Google and Amazon to see what Blu-Rays cost these days). I'm not aware of specifics, such as if you get to keep a digital copy of the movie (if you paid $30 to watch it via Disney+) and thus are able to re-watch it. That's kind of why it just seems pricey, to me, but it's also not the only movie getting this treatment.

WHERE DO YOU WATCH MOVIES? AT GOLDMAN AND SACHS?

Since my son is very little, if I go to a movie it can be by myself unless we get a baby sitter which is rare during COVID now. The Disney+ $30 movie thing is odd as you have to have a sub to keep it? I don’t mind buying a movie for that much early, but not like that?

So, I didn't think the movie was bad, though I rarely see movies that I think are bad, I think of myself as being easily satisfied in this area. I thought I saw an article that said that the main villain in the movie isn't an MK original character, but that turned out to be false. Instead, and thus I may have misinterpreted what I briefly read, the main character isn't an MK original, however he is related to one. I thought it was interesting that Scorpion was Japanese (a ninja) and Sub-Zero was Chinese, yet Sub-Zero was multi-lingual, though Scorpion was not, except for the "get over here" (or did he say "come here" I've forgotten). I thought Kano was a funny character and it was funny how other characters treated him. I liked Kabal, too, in fact when I heard him speak I immediately thought, what if he was replaced by The Mandalorian, because his voice had that kind of inside a metal helmet sound. There were a couple of MK original characters I didn't recognize, but I now realize that's because I haven't played the games that they appear in. I guess this movie is perhaps better than the mid- to late-90's two that we got. I didn't think those were bad movies, but they were...I don't know how to describe them, "campy" might be a good word or "corny," I'm not sure. Perhaps one of the greatest parts of those movies was the theme music, which I think was good and popular. In this movie, you hear a version of the theme movie when a certain character appears. Then, you don't hear the theme again until the movie is over. There are also no post-credit scenes, which is something Hollywood has made us come to possibly anticipate these days. It's a great trick to get us to watch the credits. I think this movie is cool, though. I think if you're a fan of the games/series then you should probably check it out. Watching it and talking about it kind of makes me want to play MK, but then I remember how pissed off I get because the game kicks my ass. LOL I remember when the original game came out and I had the first two for my Gameboy. I think I may have had one for my Sega GameGear, too, but I'm not sure.