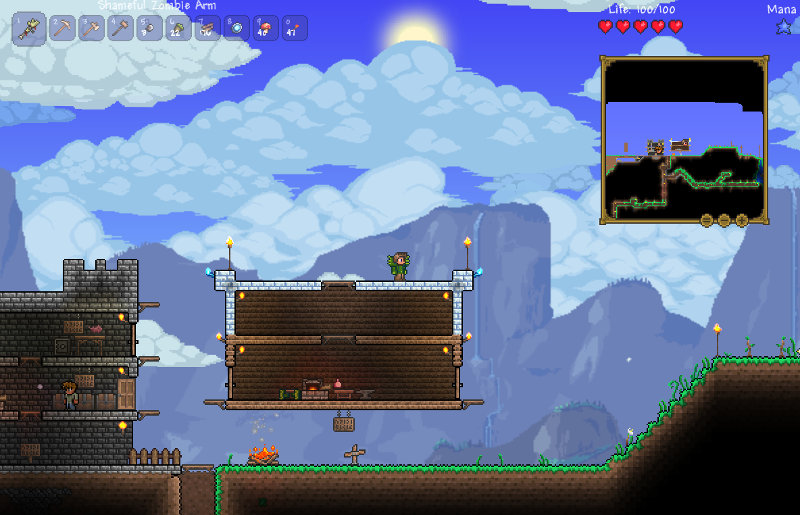 Last night the Terraria 1.2 update hit and after playing it for a few hours I can say that it is a great update. A few stand out elements of the patch are the new map system, tier 1 armor, snow and cactus crafting. Plus there are just a ton of other little changes that make the update really awesome for long time Terraria fans. I haven't seen anything quite like this in terms of a free content update and Re-Logic is really showing its focus on the game community here.

As such @Travis and I spent some time last night setting up the new Cheerful Ghost server and it is ready for people to play. If you haven't already, check out the event and join up. We will be co-ordinating all aspects of the games run from the event so make sure to stop by from time to time to see how things are going.

You can update the game to the latest version by opening up Steam and having it do it's auto-update magic. While you are waiting, check out the list of changes to the game.

Can confirm-- some awesome additions. Our world has crimson instead of corruption, so we get to try out some of those new areas. The snow biome is now a proper addition, rather than just a new block type.

I really wish they would port it to Mac or someone would make another wrapper for the update. I'm really missing out by being a Mac gamer.

They have said that they are considering doing a formal Mac port, which would be totally amazing. Hopefully, in the meantime someone can get a Mac port done!