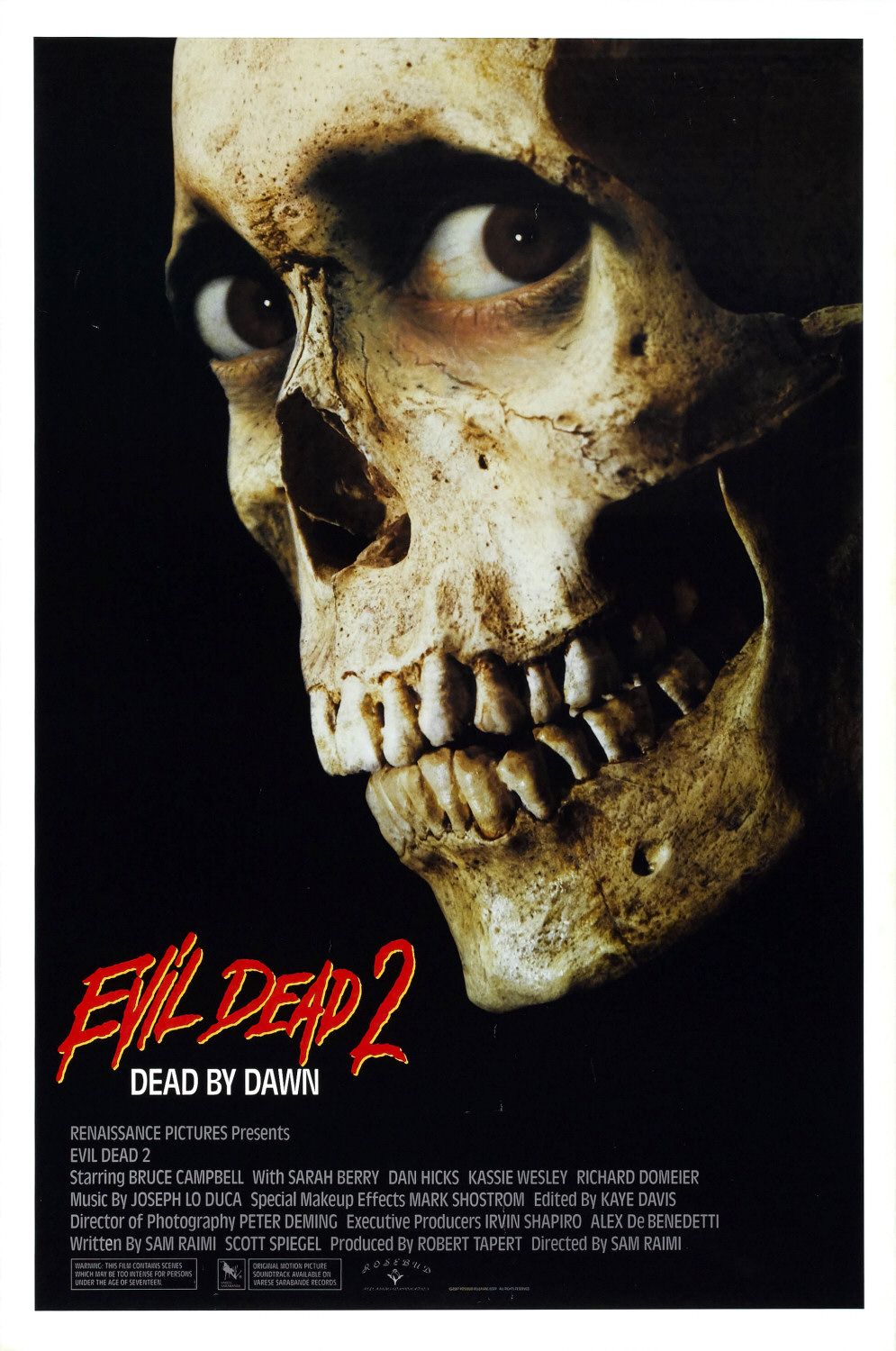 I know, this has nothing to do with video games. That said, I send you waves of mad apologies. I love films and lately I have found some great "Halloween themed" movies on Netflix. Since the season of spook is upon us, I decided that it was appropriate to write about some really great films you might want to watch.

Seems wrong to lump them together in a way because both films are so iconic, but The Evil Dead and Evil Dead 2: Dead by Dawn are available to watch on Netflix right now. The Evil Dead is a classic "cabin in the woods" themed movie that sets the stage for many horror films that came after it. It also builds the character of Ash and really starts up Sam Rami's horror style that he later ramps up in Evil Dead 2.

Evil Dead 2: Dead By Dawn may well be one of the best horror films of all time. It meshes campy fun and strangeness magically. It's also very creepy and contains a style that is pretty unique. At one point in the film all the objects in the room Ash is in start laughing and it has a very cartoon like feel as Ash starts to slip away into a moment of insanity. Evil Dead 2 really lives up to its legacy as a intensely great movie that brings a really great style to the horror genre.

Cabin in the Woods

Written by the legendary Joss Wheadon & Drew Goddard, Cabin in the Woods is the movie you should watch after Evil Dead 2. Cabin in the Woods is a meta-movie that sends up the horror movie genre. It takes themes from horror movies and offers a critique of them while doing its own thing very well. Chris Hemsworth and the rest of the cast are very strong and I really enjoyed Sigourney Weavers cameo.

If you are looking for a more campy fun film that gives serious nods to The Evil Dead and other popular horror movies that has a very serviceable premise, Cabin in the Woods is for you.

Seriously, what else can be said about this classic? Paranormal researchers at a university are fired and start their own Ghostbusting business while hilarity ensues. And hilarity it is because the one liners and jokes are non-stop.

This film isn't a horror movie per se but this dark sci-fi cult classic comes to mind when I think about Halloween. Most likely because the main events of the film happen at Halloween and because this film is very dark. It deals with a lot of topics but the main topic the film deals with is alternate timelines. I recommend watching the Netflix theatrical release and seeking out the directors cut, it adds some scenes to the film that really button it down.

Patrick Swayzes performance as a personal "life coach" are worth the price of admission alone.

The Frighteners is a film directed and written by Peter Jackson before he did the little known film trilogy called Lord of the Rings. It also features the legendary actor Michael J. Fox. Seriously, what more do you need to know about this film? It's a fun romp in the realm of the supernatural as Michael J. Fox plays a paranormal investigator con-man that can actually see Ghosts. Over the course of the film he is introduced to a supernatural force murdering towns-folk and spends the rest of the movie trying to stop it.

I consider dark post-apocalyptic films to be in the Halloween theme zone and The Road is one such movie. The Road is a film about a father and son trying to survive in a very bleak post-apocalyptic future wasteland. Oh and did I mention the film has cannibals? Viggo Mortensen plays the role of the father and he is fantastic. During the film we see flashbacks of his life and it really add to the haunting dread this movie builds to. I like that this film is just a slice of time in this world and offers little hints as to what happened to make the world the way it is. That adds to the films mystery and tone and it really worked for me.

What movies come to mind when you think about this time of year? Love to hear what you think in the comments.

it's not a movie, but it's a scary song: Werewolf Bar Mitzvah