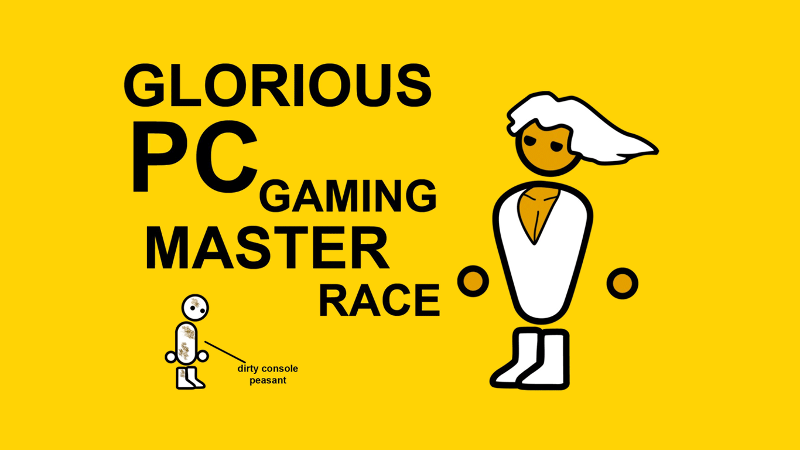 One meme in gaming that makes me chuckle whenever I read it is "PC gaming master race." Beyond the fact that it is somewhat juvenile, it isn't too far from the truth. Not that consoles aren't awesome or even better than the PC in some ways(any game on the PS3 will always work on the PS3, no upgrades needed) but as PC gamers we have it pretty darn good. One area where the PC shines above and beyond our console sisters and brothers is amount of games available and price. Because the PC is an open platform and digital distribution being as popular as it is, the PC is exploding with games selling for cheap.

Most of us know and love The Humble Indie Bundle and can't wait to partake in the sweet bundles of magical bits. The Humble folks keep going strong and just launched a new way to get great games cheap. The Humble Store is the latest in discounted games, donating 10% of the sale to charity. Featuring some awesome Triple A and Indie titles, the Humble Store provides Steam Keys for the games you buy and often a DRM free download to boot! With the Humble Indie Bundle, Humble Triple A Bundles, Humble Weekly Sale and brand new Humble Store I imagine many gamers credit cards are wearing thin.

GOG.com is an awesome site dedicated to Retro, Indie and Triple A titles that all come DRM free. Supporting Windows and Mac, GOG.com is like a digital locker for your games. I have personally picked up Neverwinter Nights super cheap with a ton of other awesome retro games. GOG.com recently launched a charity bundle of their own and almost always runs awesome sales like its current DRM Free Fall Insomnia Sale.

After Minecon, the Minecon Indies site popped up and featured all the games that showed at this years Minecon. They put on a pretty awesome contest and gave away some awesome games that showed at Minecon. I expect to see more popup Indie game sale pages like this around cons and other awesome stuff. You can still look through the store and pickup some really great games.

The Game Music Bundle departs from the traditional game bundles and focuses on game music. The Game Music Bundle 5 featured the music from Monaco, FTL, FEZ, Gunpoint, Leisure Suit Larry & World of Goo. If you donated over the minimum you could get all of the FEZ remix albums, extra Monaco tracks, The Forge, Anodyne and Little Inferno scores. Since I love game music scores, seeing this kind of bundle is pretty awesome.

But what if you want games but don't want to pay? The Free Bundle has you back by collecting some interesting free indie titles. The new Free Bundle 10 should be coming out any day and I am interested to see what it has. Some people release their games for free and this is a great way to showcase them.

Yeah, you know I like had to mention Steam. The Steam Autumn Sale is right around the corner and nothing showcases "rabid gamer" like a Steam Sale. One thing I miss about past Steam sales I haven't seen in a year or so is publisher packs. I hope they make an appearance for this years Holiday Sale, but for people that haven't experienced it, imagine nearly every game a publisher makes at a very crazy price. One year I picked up Skyrim, Fallout New Vegas, Brink and a few other Bethesda games for 50 bucks. Even if publisher packs don't make a comeback, Steam sales are epic things of legend and each one seems to get me to spend money I wasn't expecting to.

I have been gaming on my PC since ZZT on DOS and because of that, I have a ton of games. It seems a bit strange to drop $60 for each new game that comes out when I just picked up the recent WB Bundle that featured FEAR, FEAR 2, Arkham Asylum, Arkham City, Lord of the Rings, Scribblenauts, Mortal Kombat Arcade, Guardians of Middle Earth and more whatever price I want to pay. Most of those games are a few years old now but it puts a brand new $60 purchase in perspective. Won't it just be silly cheap later?

Consoles can't seem to beat the pricing of the PC because there is so much competition in digital game stores. Kind of hard for Sony to compete with itself in terms of pricing on its own store and because of this, its sales are pretty meager. Also remember, when I say PC gaming I mean anything that runs games thats not a console. I do a ton of "PC gaming" from my Mac laptop and Linux and plan on doing much more when Steam Machines drop. But I wonder what I we will call that? It will be a PC in your living room, but... Well, who knows what we will call it, it will still be awesome.

PC Master Race may be a hyperbolic premise, but I can't help but agree with some of the idea. It's a great time to be a PC gamer and things ain't getting worse.

Green Man Gaming (http://www.greenmangaming.com/) is a pretty decent site as well. They almost always have a 20% off coupon code available, and they sometimes throw out a 25% code (and/or sales on select games) that stacks with it. I've been able to purchase XCOM: Enemy Unknown, Dishonored, and the new Tomb Raider from the site for less than I could find anywhere else (including Steam sales) at the times I bought them.

Awesome, thanks for the tip. Checking them out now.

Also http://www.indiegamebundles.com/ will show you all the active bundles across a bunch of sites. I've bought several off http://www.indieroyale.com/ and http://groupees.com/

Deals aren't strictly limited to PC though... I've picked up great console titles at Target on clearance for silly pricing (not quite bundle by definitely < $10). You just have to check the clearance each time you drop by. Also, the selection is weird, so are just overstock so it's surprisingly new stuff, and some is much older... But it's fun to find a gem :)