The Last Generation Is Over: Looking Back at the PS3 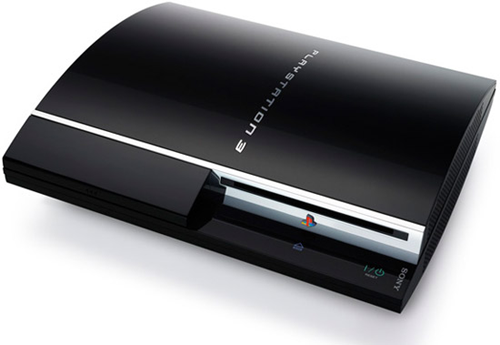 Now that the Playstation 4 has been released I have been grappling with the fact that my PS3 is no longer current gen. It would be a stretch to say its a retro system, but yeah, the ps3 is a last gen system now. I want to talk a bit about the PS3 and why I think it has been one of the best video game consoles i've ever owned.

Originally I picked up my PS3 to upscale DVD's, play BluRay and occasionally play games. I tried a few upscaling DVD players and nothing looked as good to me as the PS3. I realized at some point I would make the jump to BluRay and that having a system that had the ability to self update would be a good thing with the newness of the BluRay format. I got my PS3 at BestBuy as part of a bundle that contained Guitar Hero 3 and a $50 gift card. Guitar Hero was quite a bit of fun but my first game purchase I was seriously looking forward to was The Orange Box. At the time, I didn't have a great PC but wanted to jump into Half-Life 2 and the episodes. I had heard amazing things about Portal as well and The Orange Box lived up the the hype. The Orange Box on PS3 had a few glitches but overall it was a pleasant experience and a hell of a lot of fun.

Over the lifespan of the PS3 I picked up The Orange Box, Fallout 3 Game of the Year Edition, Borderlands, Wolfenstein, Civilization Revolution, RAGE, Unreal Tournament III, Street Fighter IV, Portal 2, FarCry 2, Borderlands 2 and my final PS3 purchase Doom 3: BFG Edition. I never really liked buying digital games on the PS3 as you couldn't share them and the price never seemed right. That said, I picked up Age of Booty, Zuma and Wolfenstein 3D. Whereas the games themselves are fun, one problem I have with digital PS3 game purchases is they don't carry the value over compared to other digital stores like Steam.

The game experiences I had the most fun with on the PS3 were Civilization Revolution, Fallout 3, Half-Life 2, Portal 2 & Borderlands. Civilization Revolution is a seriously under-rated game and made to work very well on consoles. It's funny as none of the games in the rest of my "most beloved PS3 games" list are exclusives or console only. I had a hard time getting games I couldn't later play on PC if I wanted.

The Playstation 3 is a great system and it still works awesomely in the original capacity I bought it, to play media. I don't play too many games with it these days as I find gaming from my Mac or PC to be superior in nearly every way that matters but when friends come over, you can't beat split-screen game play.

As I look forward to Sony's next offering I don't see myself buying one any time soon, but that could change if the Playstation 4 gets more compelling. That said, I would consider the PS3 one of the best systems i've ever owned and I hope it has a very long life under my TV.

Bought mine for backwards compatability. Seems like I'm one of the few that plays all three generations games on their ps3. That said. I love the ps3. But for crying out loud. Those updates! And installs! Ive never updated my 360. I put games in it. The end. But that i like it more. But it's enough for me to lose it sometimes

Right, the PS3 really does have a ton more system updates than i'd like too. Perhaps now that Sony's focus is the PS4 we won't get as many? I don't mind the app updates, but yeah wow for one year in particular it seemed like every week there was a new update.

I can (and do) play PS1 games on my PS3, but sadly it cannot play PS2. :\ I would definitely be playing all three generations of games on one machine if I could though. This is regarding disc based games obviously, since if i wanted to I could buy PS2 games through PSN and play them that way. But I don't really want to rebuy a game I already own if I don't have to.

The PS3 is a great system. Although it is the first gaming console I've used more for other purposes than gaming. I've used the PS3 for movies and netflix far more than I have for playing games.