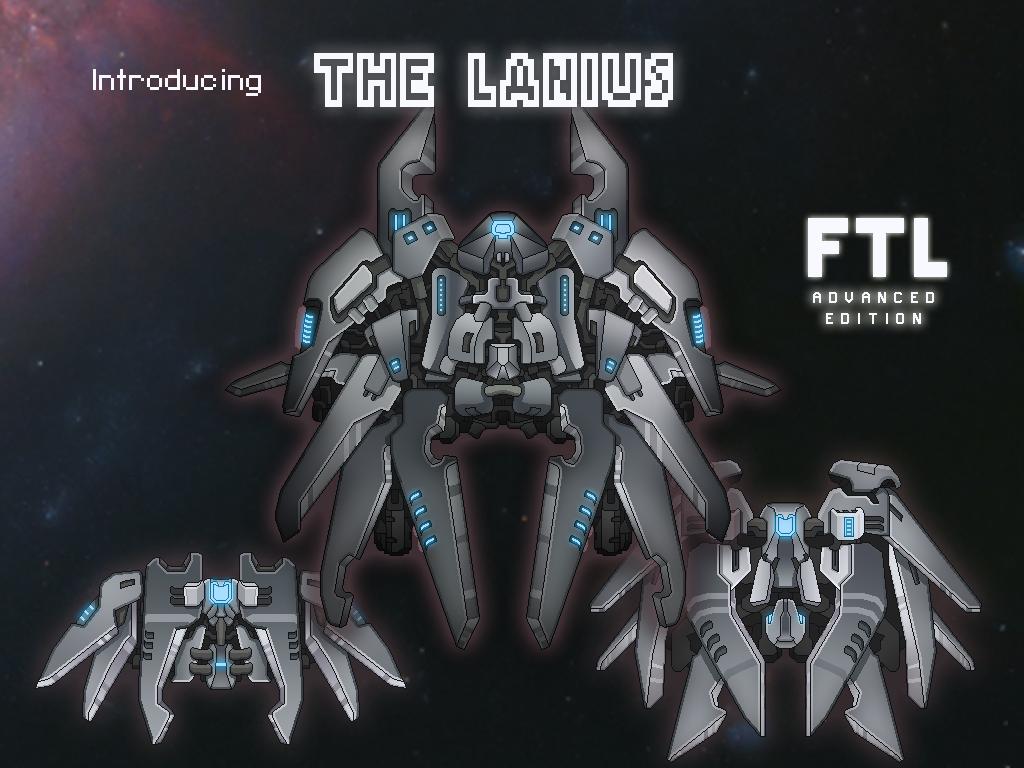 "The Lanius are scavengers – metallic lifeforms that rely on the absorption of minerals to sustain themselves. Their society ebbs and flows in hibernation cycles; they may lie dormant for many years, even while hurtling through space. As soon as they become aware of significant metal deposits they reawaken. Usually this occurs in the dying stages of a galactic civilization or in the wake of intergalactic war.

Reports of reawakened Lanius have appeared in many of the war-torn and abandoned sectors of Federation Space. Their arrival has created panic as they indiscriminately seek our sources of metal – although more diplomatic individuals have suggested that they can be reasoned with."

More details came out today about the FTL update in the form of a new race of creatures, the Lanius. I really don't want to meet up with them as they only seem to be hostile and seem to be pretty menacing. I wonder if they are enemy only or if you could get a Lanius on your ship? They seem to naturally destroy the ship so... perhaps not.

The FTL developers let us know some rather large details about the update:

I really appreciate the "FTL vanilla" setting. Some of the new content will change the game very much and it might be nice to return to basic FTL if one would want. For newer players it might also be nice to see what the game was before the Advanced Edition as well.

I am seriously considering picking FTL up on the iPad as well, something about it seems like a great idea. Anyone else with me on this?

If you haven't seen it already, you need to watch the announcement trailer:

This cannot come out soon enough. New layouts! New subsystems! New races and ships! I am geeking out so bad over here.

Yep. Plus you can go back and watch the original trilogy.. Wait I mean original game...