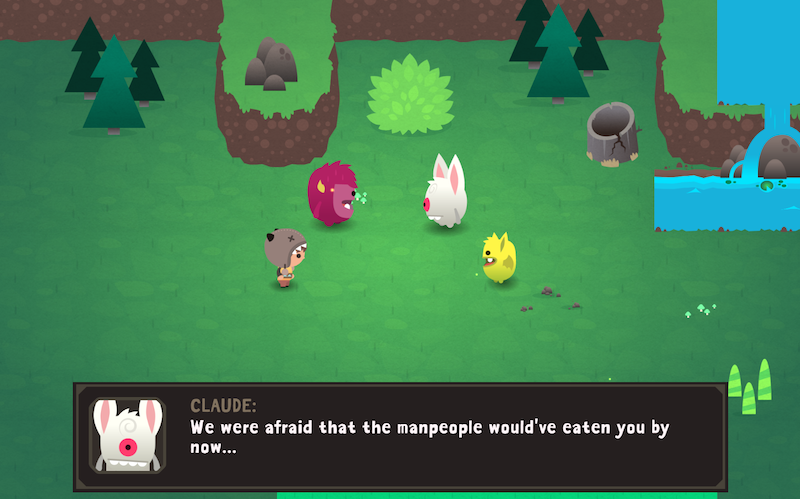 Once you start the game you are brought right into the games story and meet the main character Niko. Niko wakes up on his birthday morning and finds that his cake has been stolen by the dreaded Boogin King. As you leave your house you head through the village and talk to the elder Altus and he imbues you with your first Biblio Monstrum. Your Biblio Mostrum acts as your guide cataloging all you know about in game characters, collected items, costumes, enemy boogins and the current level objectives.

After the brief introduction you head out into the world and the game teaches you it's puzzle mechanics. Like all great games it slowly teaches you each new mechanic in turn giving you plenty of time to understand the games elements. I found this a very nice touch as the game ramps up the puzzles quickly in a way that is fun and challenging.

The game art, tone, writing and music all lend to it's immense charm. If this is just an early access preview, I can't wait to play the final version.

The early access preview was released on Mac and Windows and the Mac version ran without a hitch. The Kickstarter backer email had a few bits of info I found interesting.

Q: But it’s still coming out on mobile, correct?
A: Absolutely. iOS and Android.

Q: Linux?
A: We’ve gotten this question a lot, and yes, we are seriously considering a Linux version. However, as it is not a part of our original timeline, it will probably be released a bit later.

Q: When is the full game coming out?
A: This summer.

Can't wait to play the final version this summer and when there is a final release date, i'll let you all know. If you are itching to see more of the game, here is another screen grab I took of the games over world. I may do a let's play of the first part of the game so stay tuned.

If you are interested in reading our interviews with SleepNinja Games, look here: