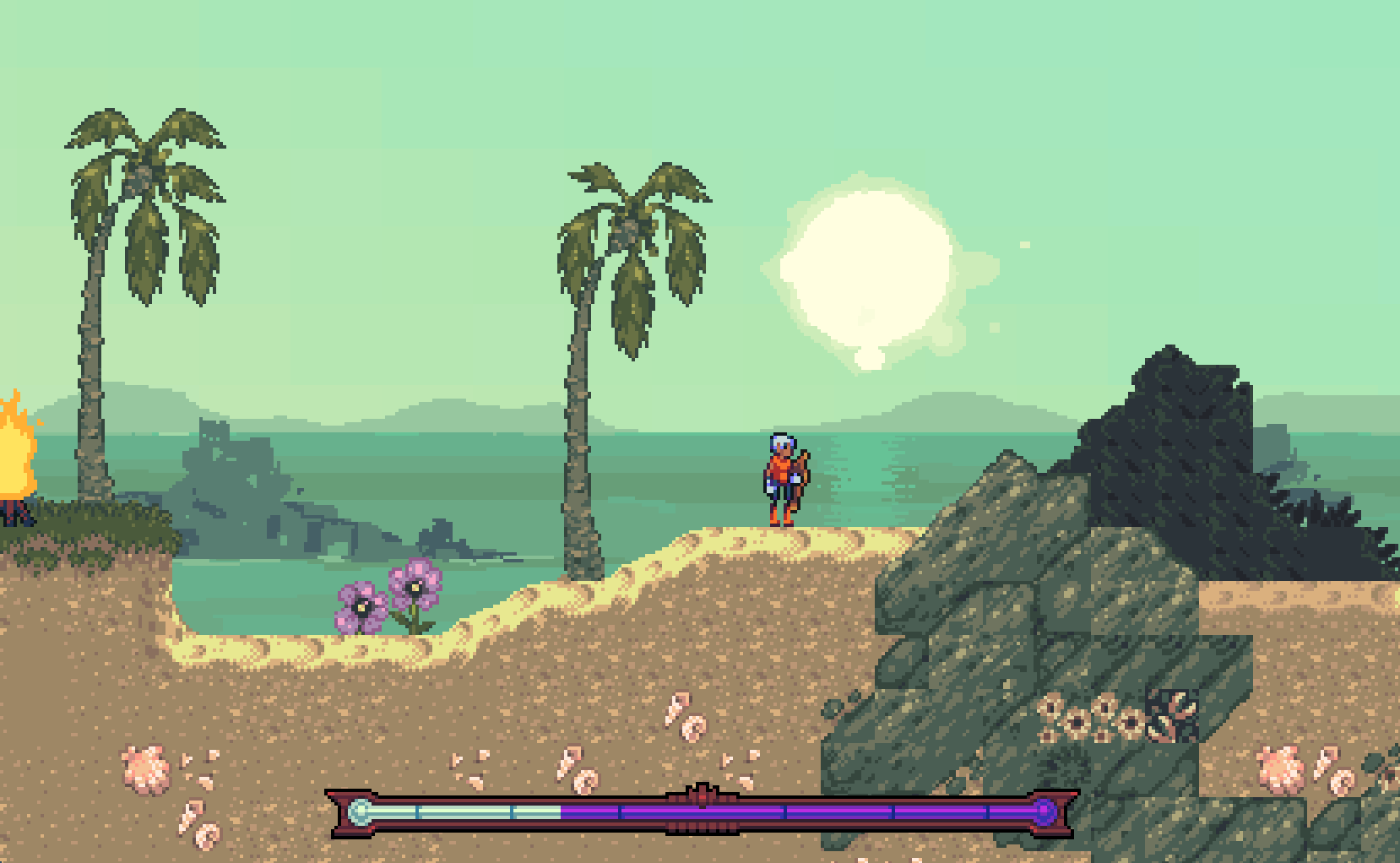 After enjoying Sean Hogan and Jon Kittaka's first game Anodyne, I have been watching the development of "Even the Ocean" with anticipation. Recently they gave me access to "motion demo #1" and I am pretty impressed with it.

Sean and Jon's style is very present in "Even the Ocean" and from the first time you open the game, the unique score brings something very different to the table. Whereas Anodyne was a top down Zelda-esque game, Even the Ocean is a side scrolling platformer. The platforming mechanics of Even the Ocean are pretty simple to understand. You have an energy bar that contains two kinds of energy. If you have much more white energy you can jump higher BUT you move a bit slower. If you have much more purple energy you move much faster but don't jump as high. If you get all white or all purple energy you die and must start over. I found this mechanic to be fairly unique and I often wasn't aware of which energy was best for each situation. That said, after a bit of experimentation I was able to get everywhere I wanted to go.

Even the Ocean will be a two part game:

In this longform platforming adventure, explore and learn the nature, boundaries and future of an fantasy world with diverse landscapes. Balance your energy bar to modify your horizontal and vertical movement speed as you travel through the world of The Ocean, carving your own style of travelling through The Ocean's many areas. Our intent is to make moving through The Ocean feel similar to combat, in the variety of ways different players decide to make it through a room.

The Ocean takes place mainly in "Nature" and "Gauntlet" areas, Gauntlet areas are linear levels with rising and falling tension in the level design, Nature areas are more nonlinear, wider-open areas populated with NPCs. We hope that the combination of these areas with the NPCs, aesthetics and overarching narrative provide a rich framework for players to interpret the themes and ideas behind The Ocean.

Even is a woman in her 20s in a fictional present-day seaside town: meet and learn about people around her town, as well as explore Even's thoughts through this slice-of-life walk-and-interact + daydream-exploration-platforming hybrid game that also looks at mechanics developed in The Ocean, but in a shorter manner."

I really like how Analgesic Games builds unique games with a very distinct style. Looking forward to playing the final game to see how the story, music, art and gameplay all come together.

Even the Ocean will release some time on PC, Mac and Linux and when an official date is set, i'll let you know.

Make sure to read the interview we had with the guys when Even the Ocean was first announced: