UNGAMED: The Star Wars Expanded Universe Will Be Retold

By jdodson on 04/26/2014   Admin
General Discussion
"For over 35 years, the Expanded Universe has enriched the Star Wars experience for fans seeking to continue the adventure beyond what is seen on the screen. When he created Star Wars, George Lucas built a universe that sparked the imagination, and inspired others to create. He opened up that universe to be a creative space for other people to tell their own tales. This became the Expanded Universe, or EU, of comics, novels, videogames, and more.

While Lucasfilm always strived to keep the stories created for the EU consistent with our film and television content as well as internally consistent, Lucas always made it clear that he was not beholden to the EU. He set the films he created as the canon. This includes the six Star Wars episodes, and the many hours of content he developed and produced in Star Wars: The Clone Wars. These stories are the immovable objects of Star Wars history, the characters and events to which all other tales must align.

Now, with an exciting future filled with new cinematic installments of Star Wars, all aspects of Star Wars storytelling moving forward will be connected. Under Lucasfilm President Kathleen Kennedy’s direction, the company for the first time ever has formed a story group to oversee and coordinate all Star Wars creative development.

“We have an unprecedented slate of new Star Wars entertainment on the horizon,” said Kennedy. “We’re set to bring Star Wars back to the big screen, and continue the adventure through games, books, comics, and new formats that are just emerging. This future of interconnected storytelling will allow fans to explore this galaxy in deeper ways than ever before.”"

So basically we are learning what seemed real enough since the new Star Wars films were announced, they are taking an entirely new direction. All told this doesn't bother me and I look forward to the new stories the new films will tell.

That said, not all fans are happy about this news at all. I'll admit, I grew up considering the Timothy Zhan's Heir to the Empire books to be cannon. Now that they are not, I am a bit sad but it's not like Lucasfilm is taking them away.

What do you think, is Lucasfilm doing right by the new direction Disney is taking the franchise or is this something else?

I came here to post this. It kinda sucks that Kyle Katarn is no longer canon. He was my favorite character in any Star Wars lore.

Yeah, but the character is still around it's just not official cannon. Kind of like we have the original films regardless of any new direction or whatever.

Well, I was personally hoping for Kyle to show up in the new movies. :)

Sure. I bet lots of Star Wars "Extended Universe" fans wanted stuff like that too. Personally i'd love for the Star Wars Bounty Hunters book to be a movie, it was freaking amazing.

That said, when I heard Lawrence Kasdan was writing the scripts for EP VII all my fears about the story part being good kind of evaporated. Kind of excited to see what new stuff he brings to the table. 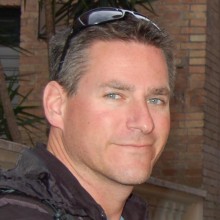 It's like anything else. Enjoy the extended universe as much or as little as you want, but the main source of that universe will always have precedent. Do you really want a rehashing of these stories told in a different format, or do you want to see something entirely new? I vote for the latter.

I agree and I sort of think they will pull elements from the EE but mostly do new.