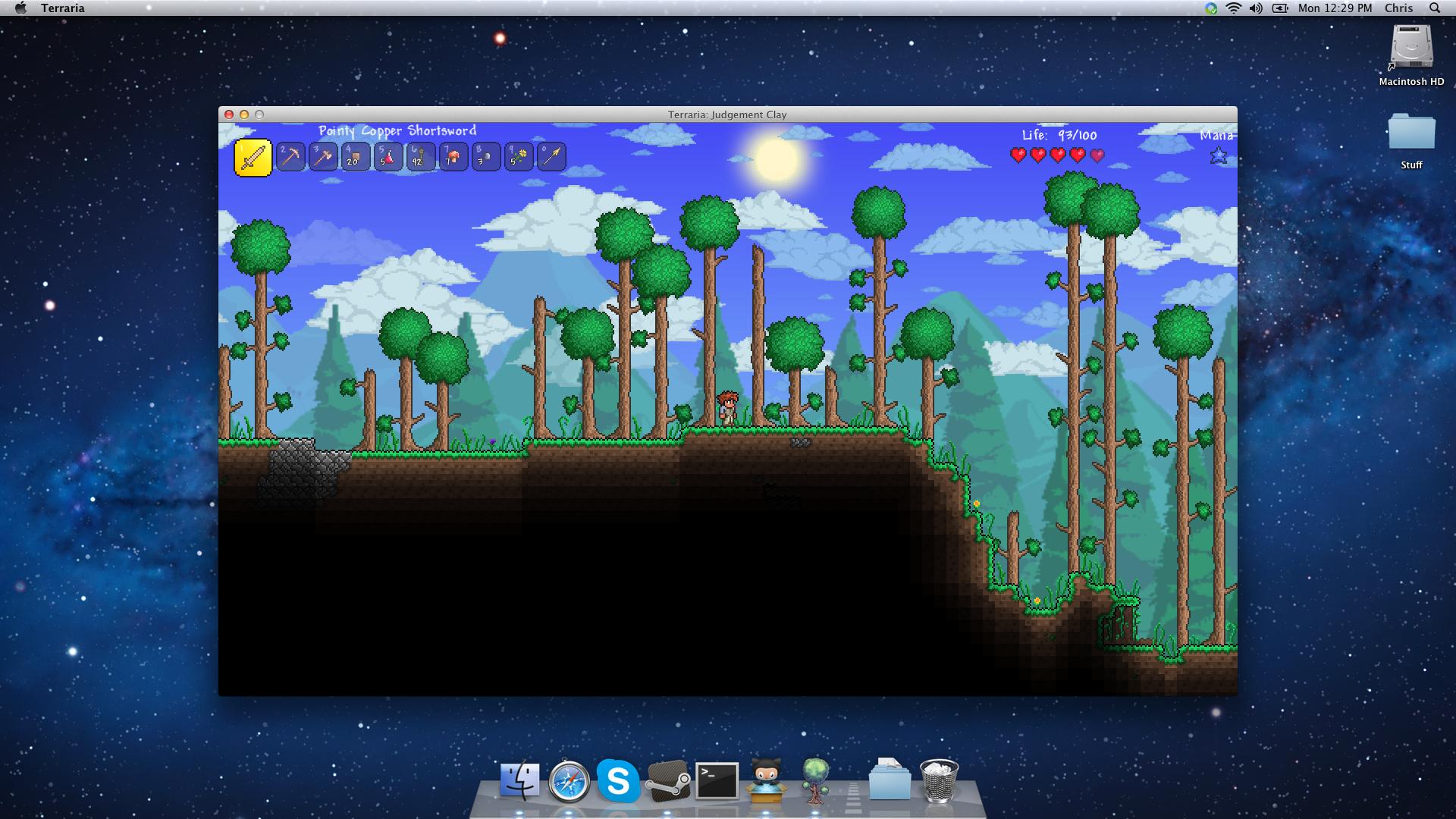 Cenx, the Creative Director of Terraria just posted a teaser of a few new updates that may come to the game. They are working hard on new content to the game as well as Steam achievements and a Mac port.

"Again, there is always a chance for disaster. We are not promising or guaranteeing that we will release this. It is our intentions to do so but we will not release it unless it plays how it should."

Whereas it's not final and they might not ship the port at all, it's a good sign that they are working on it. Hopefully this paves the way for a SteamOS/Linux port which would pretty much be some of the most amazing news of the year.

I am beyond excited for this, and I really hope everything works out. I have been able to play Terraria 1.2 using a wrapper, but it's kinda buggy/slow. And whenever there's an update, I have to open a trial version of a Windows emulator to login to Steam, update the game, and transfer the exe and content files in order to update the wrapper. It would be amazing to be able to play it natively.

I agree, the wrapper solution while getting the game to technically work, isn't awesome. Native ports are always the better solution, even if harder to do. I play quite a few games on my Mac and if I could Terraria from it? Awesome news.

I have a feeling this is also using a wrapper, just done by the official channels. Since the game was made in XNA, there's no native way to port it to Mac.

But yeah, I'd take a wrapper made by the devs behind the game over a wrapper someone posts on the forums any day. They work, and they work pretty well, but there are always problems.

Similar to Bastion-- It was done in XNA as well, and Ryan Gordon did that Linux port I believe, when it was in the humble bundle. It used a wrapper and it worked so amazingly.

"I have a feeling this is also using a wrapper, just done by the official channels. Since the game was made in XNA, there's no native way to port it to Mac."

This isn't technically true actually. That said, I have no idea what they are doing to port it BUT lots of games were written in XNA and later ported by... well I forget his name but he is the primary developer of the SDL bindings for C#. He ported Escape Goat 2 native as well as a bunch of others.

Well, hmm... I suppose wrapper may be the wrong word here. The only way of porting besides wineskin that I've heard of for Linux (maybe Mac) there's something called monogame that has to be used. It's not a wrapper in the same way wineskin is, but basically you run it through an interpretation layer, for lack of the proper term that eludes me, so you're compiling it through a "wrapper" that interprets the non-native code.

Now that I've written all that out (and I'll leave it there because it explains my thought process) this all just sounds like a third-party .net framework, full stop. :)

If there's another way of doing it I'd love to hear about it though, because that would be exciting!

That's what I was talking about. I just hadn't thought it through yet :)

Awesome. Yeah, there are XNA -> Native translation layers for different platforms. I hope that's what they are using as it would make a possible Linux port way less strange than a Wine translation.

monogame is almost definitely what they're using, which allows for Windows, Mac, Linux, a ton of consoles, iOS and Android, pretty much everything.

So yes, it looks like if the Mac port goes well, Linux is the next stop.

Hot damn that's some of the best news in gaming this year. Totally incredible.

My list of reasons to use Windows just got a hell of a lot smaller.