We all love Valve's Half-life series, Portal, DoTA 2, Counter-strike, Team Fortress 2 and Steam. This unfettered happiness means we are all making Valve extremely successful and therefore rich beyond our wildest dreams. While none of this is bad for now, I wonder if this will always be the case. Many companies over time seem to evolve from the amazing things they start out to be to later end up wielding an evil sword against anyone that comes against them. As Valve marches on, do we see them changing for the worse? What happens when Gabe Newell moves on from the company? Will Valve go the way of Microsoft or EA?

Curious what your thoughts are here as this will be one of the main topics in the next Roundtable.

That said, I want it to be clear that I love Valve and to date they are doing a great job. I just wonder if the gravy train of awesome will ever stop, like it often does with many companies that change over time.

I don't know. Don't know if I have it in me to speculate on the future of Valve as a company. It doesn't really seem relevant to anything. Will Valve always be successful? No idea. If they make smart business decisions, they should be. Will they flip and turn into EA? Maybe. Could they at one point stop making games altogether and focus primarily on hardware and their new OS? Sure, that's possible, maybe even probable.

The thing about Valve is that, because they are in such a state of evolution and operate on their own time, everything is speculative. I've had my ear to the ground of the industry for over a decade, and anyone's guess could hold water over mine.

Then there is Ferguson. I don't really expect us to talk about that, but why not? I know it's a heavy thing, a very sensitive thing, but we have a spotlight... Well, maybe more of a reading light, but I would feel weird if the people that did watch only heard us take wild guesses at what Valve's status might be in the coming years. And this isn't a flag of self-righteousness that I'm trying to wave, just a singular opinion. No judgement whatsoever. I could talk about games forever, maybe just not right now.

I think if everyone is down, I don't mind talking about Ferguson at all. I think you're right too, it does seem a bit off.

I was just talking with a friend the other day and conversation seemed interesting BUT Ferguson is more important to be sure. 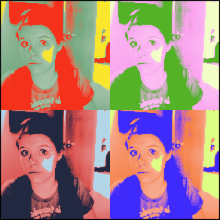 I worry about how presumptuous a group of white, relatively well-off, mostly male, west coasters could be. Even with good intentions. I'm going to take a stab in the dark and say that none of us have the experience or knowledge base to do much more than speculate about this as well.

If you want to use your "reading light" for good, shine it at resources for and about the people involved. Amplify voices who get shoved to the back, rather than continuing to amplify your own (on this topic).

Good point. I think we want to do something to help even if it isn't the worlds best approach.

Thanks for the thoughts!

@TheLela"Amplify voices who get shoved to the back, rather than continuing to amplify your own (on this topic)."

Do you mean Ferguson, specifically, or racism in general?

The goal of the conversation wouldn't be to discuss the specific facts of the case in Ferguson as they exist today, rather to speak to the nature of racism in the country and what we can do to be better people. Racism is a specific form of fear, but a symptom of a larger lack of love in our society. Taking a gun away from a killer won't stop him from killing, it'll just stop him from killing with a gun (i.e. there are bigger issues at stake)

I totally agree with you, that we should highlight stronger voices, and rally behind them. One of the things that I see, especially in social media, however, is the amount of misinformation and conjecture being spread around. Raising awareness is one thing, but feeding an alarmist, impulsive mindset can be harmful to progress. The national media isn't helping, either.

Again, my hope is that our conversation will draw attention to the issue, not our own voices. I also hope that it spawns healthy conversation and questions among our members.